Aldeman: The L.A. District May Owe $13.6 Billion for Health Care & Pensions — and the Strike Made Things Worse. Obamacare Is a Way Out 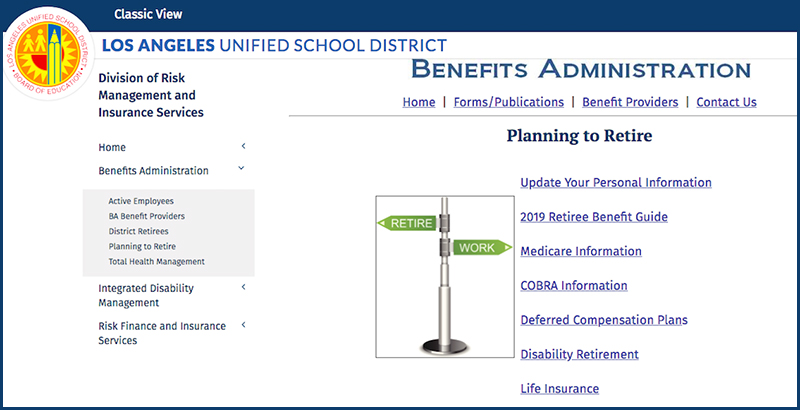 When then-President Barack Obama signed the Affordable Care Act in 2010, the law immediately made some employee benefits offered by state and local governments redundant at best or regressive at worst. This issue is playing out in a painful way in Los Angeles. Teachers in the second-largest school district are now back at work after a six-day strike, but their new deal not only ignores but actually exacerbates the coming financial pressures caused by rising health care and pension costs.

There is a better way forward, but first we need to back up with some history. The Los Angeles Unified School District began offering health benefits to its employees starting in the 1940s, and it added coverage for qualifying retirees and their spouses beginning in 1966. Soon after, the district eliminated employee contributions toward those benefits, leaving LAUSD on the hook for any future rise in health care costs.

Rather than renegotiate that promise as health care costs skyrocketed, the district has decided to trim costs only by narrowing its definition of a qualifying retiree. In the 1970s, any retiree with five years of service qualified, but now there are six more tiers of membership, depending on when the employee began working for the district. Employees hired as of 2009 qualify only if the sum of their age and years of service equals 85 or more, plus they must serve at least 25 consecutive years immediately prior to retirement.

These decisions have done nothing to reduce the underlying cost of the benefits, and they have effectively prioritized comparatively well-off retirees with stable work histories over more transient workers who might need the benefits more. In the meantime, the district has saved only $145 million for promises that are valued at $13.6 billion, and without further changes, current and future teachers will bear the burden of making up that difference.

This is where the federal Affordable Care Act comes in. Obamacare provides subsidies on a sliding scale to individuals to purchase health insurance, regardless of age; in 2018, a two-member household earning less than $65,840, or 400 percent of the federal poverty level, would qualify for assistance. If we assume that retirees have no income sources other than their pension (teachers in California do not have Social Security), publicly available data suggest that 87 percent of LAUSD retirees could qualify for Obamacare subsidies.

Even if we assume that many retirees are in dual-income households, more than half would be eligible for federal supports. Another way of saying this is that the district’s retiree health benefits are largely redundant for at least half and up to five-sixths of all current recipients.

To be sure, the Obamacare subsidies and a “basic” health plan are not as generous as what the district currently provides, but that brings up a question of priorities: Should the district continue to bankrupt itself to provide Cadillac benefits to a smaller and smaller group of workers, or should it focus its investments on the workers and retirees who need it the most?

That question leads us into how the district’s current benefits are regressive, which is a little more complex. Still, it’s worth unpacking who exactly would lose out if LAUSD switched all future employees to the Obamacare exchanges. Remember, as of 2009, the only new workers who will qualify for benefits will be people who work for the district for at least 25 consecutive years immediately prior to retirement. That means they can’t be short-term workers; they can’t take a year off, say, to care for family, and they can’t work for the district for the first part of their career and then pursue something else. And again, we’re talking about households earning $66,000 a year even as they’re technically considered retired by the district. Across all Los Angeles households, 72 percent earn less than that, and most have to work for that income.

Of course, the district could also pursue a middle ground by recasting its benefits to work with Obamacare subsidies instead of providing a standalone benefit. There is precedent for this. When the district created its retiree health benefits in the 1960s, Medicare existed but wasn’t available to state and local government employees like L.A. teachers. In the 1980s, Congress extended coverage to state and local government workers, and the district began requiring retirees over age 65 to apply for Medicare coverage. Today, the district still offers some benefits to retirees over age 65, but Medicare covers the basic costs and the district’s benefits are more of a perk than a standalone offering.

The district should now do the same thing with Obamacare. Its leaders can no longer ignore the benefits of a federal, means-tested program that would be cheaper and more equitable than what it’s currently providing.