Adams: Will NYC Students Have to Repeat a Grade? Can They? Should They? Or Should We Rethink What Being in a Grade Means? 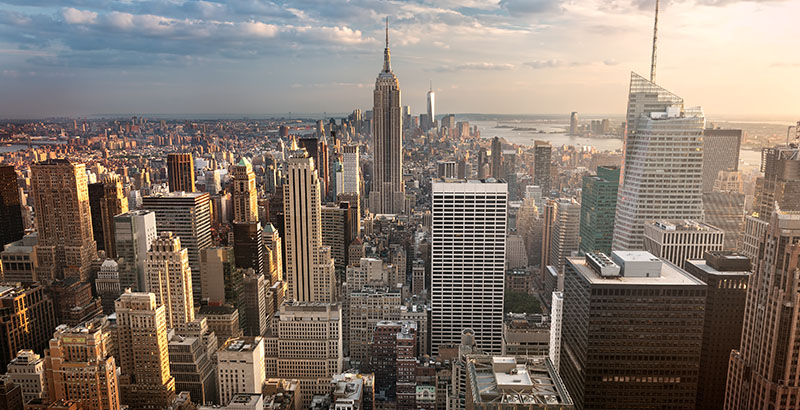 On April 11, New York City Mayor Bill de Blasio announced that, due to coronavirus, all school buildings will remain closed for the duration of the academic year, which is scheduled to end June 26. Remote learning, however, will continue.

Earlier, city Schools Chancellor Richard Carranza announced that teachers may no longer use the Zoom platform for their lessons, effective immediately. Then he said Zoom would be gradually phased out. No timelines as to how or when. Then he stopped saying anything at all.

Sterling leadership all the way around.

To be fair, New York is hardly the only district struggling with how to continue teaching — and learning — in the age of mandatory social distancing. Some are debating just handing out A’s to everybody and calling it a day. Others forbade online schools from continuing with their normal course of instruction while brick-and-mortar schools were struggling to figure out how to migrate their lesson plans online. Still others have allowed teachers to opt out of live instruction and work fewer hours per day, while yet others have banned live instruction for students across the board due to equity concerns.

As a result of the nationwide turmoil, several proposals have been floated to have all children simply repeat this academic year come September.

New York City, America’s largest school district, has yet to weigh in.

The sheer logistics alone would be staggering. New York’s public, charter and private schools collectively educate more than 1.1 million children, with about 70,000 in each grade from kindergarten through 12th. (If the edict were implemented, it would be interesting to see if private schools would choose to participate. On the one hand, it would mean an extra year of tuition for them. On the other, parents might revolt and transfer. Hey, maybe New York could follow Oregon’s lead and forbid transferring schools because, you know, crisis….)

Sixth- and ninth-grade placement for September 2020 has already been announced. Tens of thousands of parents are ripping their hair out waiting to officially hear where their children have been assigned for kindergarten.

If everyone is held back, does that mean there will be no new incoming kindergarten class? (Full disclosure: Because of New York’s Dec. 31 cutoff, I have heard from multiple parents of children with late-fall birthdays who are hoping for exactly that verdict.)

Will these children repeat pre-K? What does that mean for the 4-year-olds who were scheduled to start pre-K in September? Will pre-K balloon up to 140,000-plus students? That’s impossible. New York barely has the physical space, and it certainly doesn’t have the certified teachers, to accommodate all the current pre-K kids. Due to budget cuts, they’ve even announced a halt to rolling out 3PK in new neighborhoods. If the 5’s repeat, and the 4’s repeat, then the 3’s have to repeat, right? So no new entering 3’s, either.

De Blasio has touted the miraculous benefits of universal pre-K for everything from raising third-grade test scores to preventing teen suicide. (Sure, he lacks evidence of either, but why let that stop him from saying it?)

Would he deprive an entire cohort of 3- and 4-year-olds of his much-touted signature initiative?

Does this also mean high school seniors won’t graduate? Carranza is very proud of his rising graduation rates. (Sure, a good portion of students are still graduating unready for college, but why let that stop him from being proud?) Carranza has been quoted as saying, “We need to rethink the way we grade students. Maybe we should grade them on a pass/fail basis, whether they master the material or not.”

So seniors will move on … while everyone else stays in place?

But why should everyone else stay in place?

Whenever I have the gall to mention that perhaps New York City students should be grouped based on what they know, rather than how many times their bodies have swirled around the sun, I receive indignant pushback from teachers who assert: Teaching multiple ability levels in a classroom is an integral part of any teacher’s education and training. Plain and simple, it’s our job.

In that case, what’s the problem?

Why not let all kids move up in grade level, whether they master the material or not? As it stands, we currently have schools where only 10 percent of students perform at grade level … only 5 percent … only 2 percent … none. And yet they still get promoted year after year. Why should this year be any different?

The districts that have halted remote learning due to equity concerns claim it’s unfair that some students have access to computers and workspaces while others don’t. Obviously, the former will be much further ahead in September than the latter.

But if all teachers are equally skilled at teaching multiple ability levels in a classroom — it’s their job, after all — then that won’t be an insurmountable issue in September, will it?

Some truly radical thinkers have floated the crackpot concept of testing students prior to school resuming in September to see whether they are ready to move up in grade level or would benefit from repeating the year.

But if we were to do that for September 2020, what would be the rationale for not doing it every year moving forward, and ensuring that every student was assigned to the grade best suited for him or her, not to mention graduating from high school with the skill set necessary to succeed in the world?

Oh, never mind, I know that’s crazy talk. Can you imagine what would become of the New York City school system if anybody ever dared to do that?