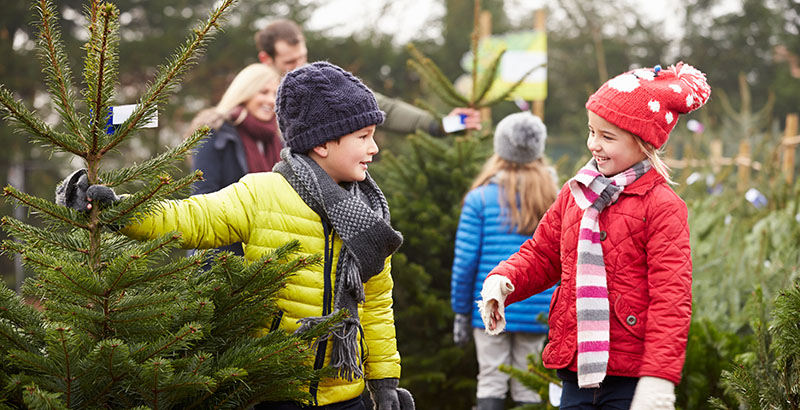 New York City public school students will be on vacation from Monday, Dec. 23, 2019, through Wednesday, Jan. 1, 2020. (The calendar originally published in September had Monday the 23rd listed as a school day, but so many parents complained that it was amended.)

Earlier this year, students had two days off for Rosh Hashanah and one day off for Yom Kippur, as well as the non-religious Columbus Day, Election Day, Veterans Day and Thanksgiving.

Some years, public schools also close for the Muslim holiday of Eid al-Adha (in 2019, it occurred in August), added to the calendar in 2015 when it fell in September. Summer school programs close for Eid al-Fitr. Schools are also shuttered for the wintertime Asian holiday of Lunar New Year (in 2020 it falls on a Saturday). Now, a group is lobbying the New York State Assembly to add Diwali, the Hindu festival of lights, to that list, an effort that’s been going on for several years.

Is there any logical reason not to respect all holy days? Surely no widely celebrated religious or cultural holiday holds moral superiority over another.

According to NYC estimates, about 15 percent of students in the public school system celebrate Lunar New Year, while roughly 1 in 10 are Muslim. Currently, the Hindu population stands at 1 in 16. Sikhs, Jains and Buddhists also celebrate Diwali, which falls in October or November, and it is a national holiday for immigrants from Guyana and Trinidad and Tobago.

Is there some magic number of participants before this festival makes the big time? And are we really going to split hairs like this?

Originally, Christian holidays — Christmas and Easter — were designated public school vacation days due to the nation’s demographics. Now, many schools simply call them nondenominational winter or spring breaks. In NYC, Jewish holidays became days off in public schools due to the large number of Jewish teachers. But that number has been going down since a 1968 strike triggered by the firing of teachers, the majority of whom were Jewish, from majority-black schools in Brooklyn’s Ocean Hill-Brownsville area.

Although students of all faiths and ethnicities are allowed to request excused absences for religious or cultural holidays, many parents are still reluctant to do so. This is because when it comes to applying to middle and high schools, attendance is a huge part of the equation that counts toward whether a child gets accepted at his or her first-choice institution. (Another reason the city’s specialized high schools are so valuable: They look only at test scores, making absences irrelevant.)

So why not solve the problem by giving all students the equivalent of personal days? If the city Education Department offered each student one personal day per month, it would add up to 10 days during the academic year. Families could use them one at a time, use them a few at a time or save up for a holiday such as monthlong Ramadan. (My son reported that the fasting kids in his phys ed class mostly spent the period “trying not to die” during Ramadan.)

By letting parents choose which days to take off, schools would send the message that they value all cultures equally.

To confirm that point, the city could adopt a policy clarifying that as long as these days are cleared in advance and the appropriate work is made up, the absences will not go on the student’s record. How’s that for progressive support of multiculturalism and not punishing kids for expressing their ethnic and religious pride?

For parents who remain worried that their children will fall behind if they lose a few days of instruction: Kids forfeit days to illness all the time without catastrophic consequences. And, remember, these absences will be cleared in advance, and students will be able to make up all their work. (At my other son’s school, the principal was moved to write a strongly worded letter urging parents not to send their sick children in for fear of absenteeism.)

The final obstacle might be teachers, who also deserve to have their religious days off. But considering that no one cultural group dominates the profession the way it once did, odds are this shouldn’t cause too much of a staffing shortage. Additionally, at any school where a solid proportion of teachers and students are absent at the same time, arrangements could be made to combine classes in the same subjects for kids who are present. After all, what’s a little inconvenience in the name of diversity?

Many residents of NYC — indeed, many residents of America — are looking for ways to prove that all people are valued and appreciated. What better way to make that clear than by letting all — not just some — celebrate their holy days without penalty?