Adams: New York City Has a Plan for Completely Integrating Its Schools. Great. Now Can We Talk About Why Kids Aren’t Learning? 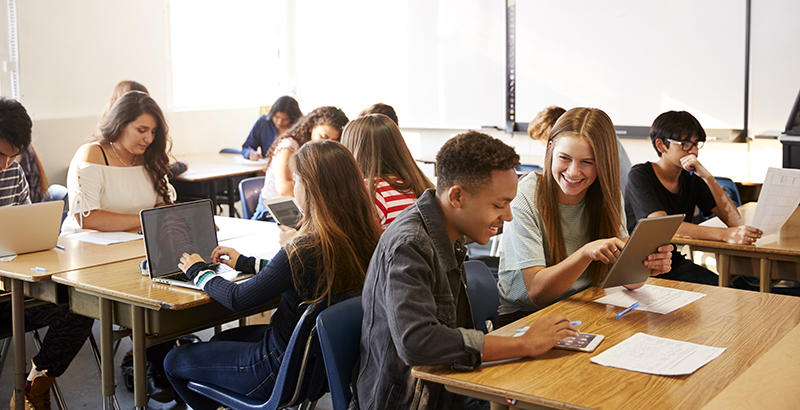 According to the New York City School Diversity Advisory Group, the short-, medium- and long-term goals for the Department of Education for all public schools moving forward should be the following:

Long-term goal: In the long term, the DOE should aim for all schools to reflect the diversity of the city. This will encourage the DOE to challenge the neighborhood segregation that exists and support schools in further diversifying their populations.

All right. Let’s assume this happens.

Let’s assume that within the prescribed number of years, every single school in NYC will “reflect the diversity of the city.” Let’s assume that all students currently attending private and religious schools will transfer to public school — and that the schools will have room for them all. Let’s assume that not a single family will opt to pack up for the suburbs. (If they do, the numbers will need to be instantly recalculated and children reshuffled accordingly.)

Let’s assume that, because race and ethnicity cannot be used as criteria for admission but MLL, SWD and Free/Reduced Lunch (FRL) can, there are no middle-class children who can’t speak English, no white or Asian homeless families and no one who overcomes a disability (Finland, that paragon of education, or so we’re constantly told, places children in special ed for only about a year — not their entire education career). Because if those things were true, they would really screw up the visuals the Department of Education is going for.

The advisory group writes: Racial representation should consider all races. (Yay! The government will now be in charge of determining who belongs in which racial category! My biracial children and I are eagerly awaiting being told who they are and which portion of their DNA they’ll be assigned to represent for the good of society.)

In addition, when it comes to mixing low achievers with high achievers, let’s assume that all low achievers are poor, black and Hispanic because, again, if that’s not the case — unwelcome optics.

Finally, let’s assume that no one has pulled a single string to get an optimal school placement, and that everyone has happily climbed aboard a bus for transportation to wherever his or her phenotype is needed most.

Every single school in NYC is now a virtual mirror of the city’s population, which is a constant, non-changing thing (no immigrants — or emigrants, for that matter — allowed if we’re to keep this a stable system). Cue the self-congratulating politicians, the victory laps, the triumphant press releases.

Now can we talk about the fact that more than 50 percent of NYC students aren’t performing at grade level and, upon graduation, need remedial classes prior to enrollment in the City University or State University system?

Or should we not worry about that, because once low achievers (remember, they’re all poor, black and Hispanic) are seated next to high achievers, scores will naturally rise via osmosis?

Except … even in NYC’s “best” general ed schools right now, around 15 percent of kids are not performing at grade level. So how does that osmosis thing work again?

And once every school is absolutely equal, there won’t be enough high achievers to go around to make every school a majority high-achieving school. At best, it’ll be 50-50.

Now can we talk about why 50 percent of kids aren’t performing at grade level?

If it’s because black and Hispanic children haven’t yet been granted the honor of sitting shoulder to shoulder with white and Asian kids then, no problem, we’ve got it covered and test scores should be going up any minute now.

But what if … just spitballing here … that’s not the entire story?

What if it’s the curriculum? After all, according to NPR, America’s educational bar is set painfully low.

What if it’s the teachers? What if the reason that only 50 percent of students are performing at grade level is that only 50 percent of teachers are doing their job properly? (In Arne Duncan’s book How Schools Work, former president Barack Obama’s first secretary of education wrote in wonder that “actual student learning was nowhere in the definition of a ‘good teacher.’”)

What if, by shifting around student populations, all we’ve done is ensured that a different 50 percent performs below grade level?

After complete integration is achieved, can we finally start discussing whether the kids in these integrated classrooms are actually learning anything? How their teachers are being trained? Whether students are graduating ready for college and the 21st century workforce? And if they’re not, what we should be doing about it?

After integration … what comes next?

And do we have 10 years to waste before we start trying to find out?

Alina Adams is a New York Times best-selling romance and mystery writer, the author of “Getting Into NYC Kindergarten” and “Getting Into NYC High School,” a blogger at New York School Talk and mother of three. She believes you can’t have true school choice until all parents know all their school choices — and how to get them. Visit her website, www.NYCSchoolSecrets.com.