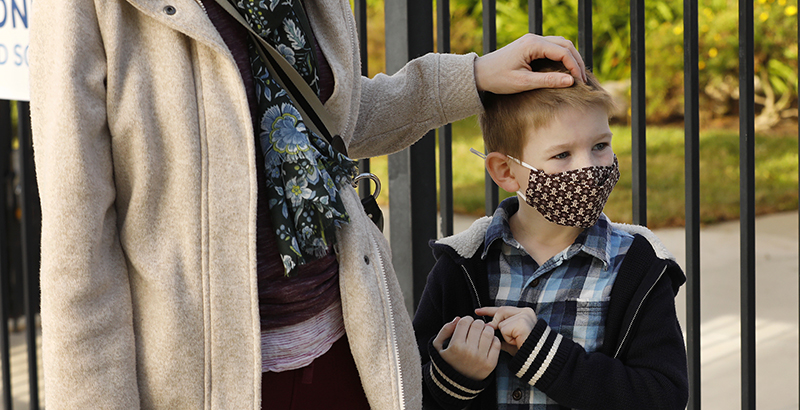 Every parent wants what is best for their child in life. That desire to do what is best also informs whether a parent is content with distance learning or thinks in-person education would be more beneficial. Parents who want full-time in-person learning for their child are making a fair, reasonable request. In fact, it’s so reasonable that prior to March 2020, we called this “school,” and parents were required to send their children to it.

Some families don’t feel comfortable yet returning to school, and that is fine. Nobody is forcing them to return; society at large acknowledges they want what’s best for their children. But those who want to send their children to school are bullied and shamed for that desire. In progressive communities, parents are called names or are mocked as being uncaring and “sick of their kids.” I myself had never been accused of having “white savior tendencies” until I wrote something in a personal capacity on Twitter, since deleted, about how some parents might have a legitimate need for in-person school because their child has significant disabilities or they have to go to work in a frontline position.

This same district has announced a plan to return to school buildings in March. The negative impacts, including those related mental health and child well being, of long-term virtual learning are well known, and families who want to return have surely made their decision with this in mind. The Montgomery County Education Association, however, on Feb. 12 passed a resolution opposing the plan despite also signing a new COVID impact bargaining agreement with the district on the same day. Superintendent Jack Smith said he was “perplexed” by these contradictory actions.

The union resolution asserts that the plan “does not adequately protect the health and safety of employees” and “diverts resources from Black and Brown children, and children impacted by poverty.” It offers no proof for these claims even as evidence continues to mount that an all-virtual-schooling environment is detrimental to a majority of children of all races, incomes and ages.

Even more confusing: The district offers families the option of paying $300 a week to “after-school” providers who work inside elementary school buildings during the school day to supervise learning. This is “safe,” but sending children to those same schools for in-person instruction is not? The only people more perplexed than the superintendent are Montgomery County parents.

Private schools in Montgomery County and the nearby District of Columbia – including Catholic schools educating primarily low-income minority children – have been safely open all year. Schools in Florida, Texas and many other jurisdictions have been open. Parents who want their children to go to school – because their child isn’t learning, because they are concerned about mental health, because of rising obesity rates, because childhood should be social, because they have to go to work, because working while supervising virtual learning is impossible, because they feel confident in what experts have learned about mitigating risks – should be applauded for wanting what’s best for their child. That’s what parenting is. Don’t let anyone tell you otherwise.

Liz Cohen is policy adviser for 50CAN and a parent of three school-age children in Montgomery County, Maryland.

Liz Cohen is policy adviser for 50CAN and a parent of three school-age children in Montgomery County, Maryland.