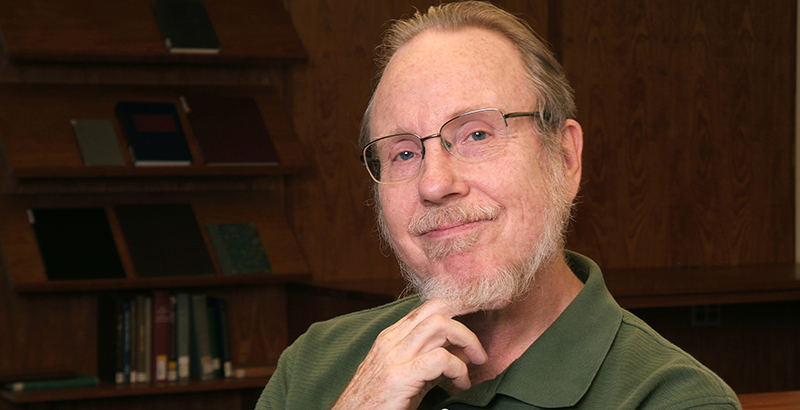 A hands-on educational approach known as “playing the whole game” is taking root in schools that use project-based learning. The basic idea holds that students learn best when they understand the bigger picture and how the things they’re learning fit into a larger whole. It draws inspiration from traditional afterschool undertakings such as drama, debate, sports and the like.

The theoretical basis for the idea comes from the work of David Perkins, an emeritus scholar at the Harvard Graduate School of Education and an original member of Project Zero, a long-standing research-and-development group whose mission is to “understand and enhance learning, thinking and creativity for individuals and groups in the arts and other disciplines.” Perkins laid out his ideas most fully in his 2010 book Making Learning Whole.

In the following interview, Perkins said that activities that exemplify the whole-game approach have several aspects in common: “They have meaningful contexts, larger-scale goals than answering questions at the end of the chapter, allow for cooperative and sometimes competitive … endeavor, and parallel in junior ways the kinds of things people more professionally involved in a field might do.” He also addressed critics like Tom Loveless, the former Brookings Institution scholar, who warned that due to a lack of background knowledge, students using the approach might amount to “a lot of novice learners kind of sharing their ignorance.”

This interview has been edited for length and clarity.

The 74: Can you talk a bit about how the idea of “playing the whole game” took shape? What were your influences?

David Perkins: All of this emerged from my more than 50 years of work at Project Zero, which I’ve been with since its beginning, co-directed for almost 30 years with my colleague Howard Gardner, and which continues to be my primary setting for educational inquiry.

The first recognizable version of “play the whole game” emerged a number of years ago when I was teaching a course at the Harvard Graduate School of Education. I wanted to offer a fresh perspective on how we might imagine learning and what vision of learning might empower students to do something besides tackle the test or essay at the end of the unit.

I was certainly inspired by my own early learning experiences, where I couldn’t help but reflect that in many ways the most meaningful experiences were those outside the conventional curriculum. As a high school student, I was involved in drama and music and science fairs. I wasn’t so much a school sports person, but I enjoyed backyard sports and could see the same principles working there. I was also energized by elbow room my teachers gave me to pursue larger-scale projects as part of the courses they were teaching: a quirky essay, writing a poem, proving difficult theorems that were not normally a part of the curriculum, that sort of thing.

I can’t really complain about the more conventional aspects of instruction. I was a pretty good and interested student. But it was these larger-scale endeavors that seemed more meaningful, and I reached out for opportunities.

After School, Students Are ‘Playing the Whole Game’ in Activities From Drama to Sports to Debate. Backers of Project-Based Learning Ask: Why Can’t All of Education Look Like This?

Another clear source was Project Zero colleagues’ and my work years before on a framework called Teaching for Understanding, which has seen considerable use in various corners of the world of education. In a broad sense, the whole-game perspective is an effort to push that framework further.

In terms of influences, certainly I’ve been broadly influenced by progressivism in education, ideas about constructivism [an educational theory that says students “construct” their own understanding via experience and reflection, not necessarily via instruction] and project-based learning, problem-based learning, and so on. Although I should note that versions of constructivism, project-based learning and problem-based learning come in many variations; not all of them have a whole-game character, and not all of them are, more broadly speaking, really well organized for deep and meaningful learning.

“The devil is in the details.” That’s why Making Learning Whole includes not just the big idea of play the whole game, typically in a junior version, but another six principles with details and examples about how to use whole games for learning.

The 74: It seems like such a simple, intuitive idea. What’s your sense of how widely it has been accepted by teachers? I’ve talked to teachers in project-based schools like Science Leadership Academy in Philadelphia and High Tech High in California, who take it very seriously. Do you have good indications that it’s taking hold elsewhere?

Teachers with whom I’ve worked seem quite accepting of it. Some find it offers them a new twist. Some find it largely affirms what they are already doing intuitively and through their own sense of what learning invites, but that it gives them a sharper way of describing it to themselves and others and some ideas for refining their practice.

Here I’m talking about scattered experiences over the years. You ask about “good indications that it’s taking hold.” Unlike some of my colleagues, who for much of their careers work on-site with schools or who prepare workbooks for wide-scale distribution, I don’t. I spend most of my time on further educational R&D rather than scaling models I have produced or contributed to producing. So although I have experiences here and there, I don’t have any systematic map of where “play the whole game” has taken hold and to what degree. I just know it’s out there and people with whom I have some contact from time to time are responsive.

The 74: Baseball practice, afterschool theater productions and the like seem like such vivid examples of this idea in practice. What’s the best application you’ve seen during school hours, not tied to “extracurricular” activities like sports, drama, etc.? And can it take hold without the kind of choice that those activities provide?

I wouldn’t want to say what’s the “best application,” but good applications are not hard to find. Nor is it difficult to find examples in the whole-game spirit that might or might not have been partly inspired by making learning whole.

The big point for me is that it’s just not that hard. There are tons of examples where in various ways teachers engage students in playing one or another whole game, junior version. Some off-the-cuff examples: extended classroom investigations and debates about hot themes such as global warming; investigations of the local community ecology and what the problems might be or community problems of poverty, or of community history and what might be reliable and what might be hearsay; constructing a communal work of art, etc.

What’s whole-game-like about such endeavors, if well designed, is that they have meaningful contexts, larger-scale goals than answering questions at the end of the chapter, allow for cooperative and sometimes competitive — although that’s not really the main point — endeavor, and parallel in junior ways the kinds of things people more professionally involved in a field might do. Accordingly, they are more likely to motivate learners through their meaningful and social character and are more likely to generate transferable knowledge and understanding.

Let me add that while some learning activities in the whole-game spirit are extended, teachers can conduct meaningful “games” simply during the course of the class period — let’s say, a debate about a tricky issue.

The bottom line again: It’s really not that hard! The thing is, most conventional curricula don’t encourage thinking in that direction. Once teachers get a feel for it and a little bit of experience, inventing or borrowing from others’ activities in the whole-game spirit comes readily enough.

The 74: Tom Loveless, a former Brookings Institution scholar, says project-based learning can be ineffective because it downplays the amount of background knowledge a student needs to execute a good project. The result, he said, is “a lot of novice learners kind of sharing their ignorance.” Is he right?

What Tom Loveless says makes sense to me, yes, and it’s an important caution. However, people should take it as a reason to handle project-based learning thoughtfully, not to dismiss the approach. More generally, all teaching/learning paradigms, including “play the whole game,” have ways they can go wrong if not thoughtfully handled. There are no truly magic bullets … although some bullets have a little more magic than others!

The 74: Another criticism of project-based learning is that it favors students who already have advantages such as parents who can afford to support their work outside of school. What’s your response?

I can see how that could happen, although it’s not something I’ve encountered personally. I’d offer the same no-magic-bullets point: If project-based learning seems to offer the best approach to the context, this problem is something to be aware of and design around. I am constantly impressed by how insightful and creative teachers can be in making the most of one approach or another!