74 Interview: 16-year-old “Jay Jay” Patton on a Mission to Make Coding More Accessible to Young Women of Color, Create a Community for Children with Incarcerated Parents 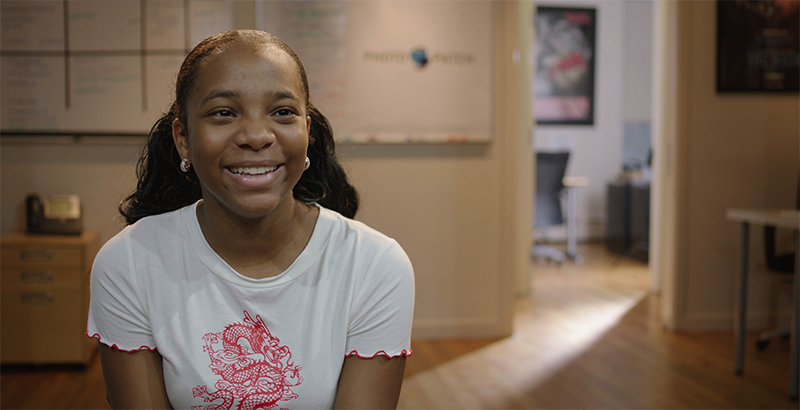 More than four years after she and her father created an app designed to connect incarcerated parents with their children, teenage coder “Jay Jay” Patton — the subject of a recent short film —has not slowed down.

When she was a toddler, Jay Jay’s father Antoine went to prison for more than seven years, leaving her and her teenage mother. Because of her personal experience with her father, Jay Jay understood the consequences and struggles of staying in communication and bonding with an incarcerated parent. 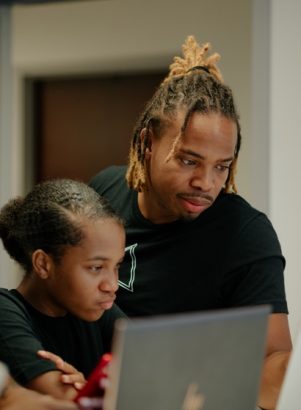 After her father’s release, they grew close through coding and created Photo Patch, an app that allows children to communicate with incarcerated parents through photos and letters.

Now 16, Jay Jay continues to build a strong community for those who have parents and loved ones in prison.

In 2018, Jay Jay became the youth leader of Unlock Academy, an online coding school created by her father to make coding more accessible to marginalized communities such as young people of color. 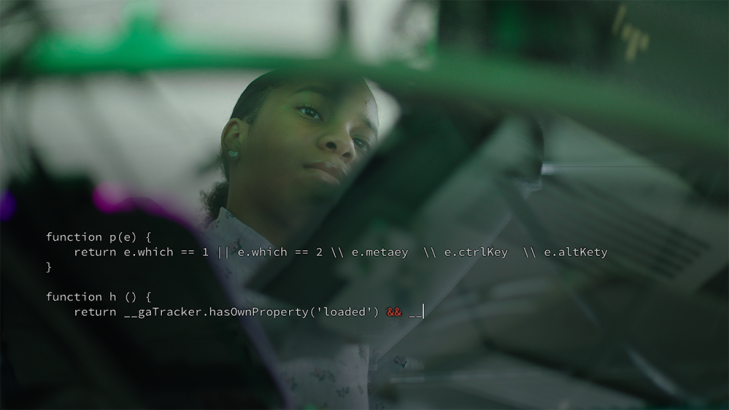 (The Garage by HP)

The interview was edited for length and clarity.

The 74: Going back to the beginning, when you and your father were separated, what incentivized you to go into coding and to work with your father to help others?

I knew firsthand, the struggles and how hard it was to be able to communicate with my father… So when he had this idea, it just made sense for me to help because I just knew how it felt. And I wanted to be the person who can help other kids instead of just sitting back and just watching.

What is the most important thing you’d like to come out of Photopatch?

The best thing is being able to reach across the 2.7 million kids who have an incarcerated parent and be able to bridge that gap of communication and keep that bond intact. When a parent goes to prison and they’re not with their child, it disfigures this bond they might have once had, the parents missing out on stuff, and the kid is just sad. I see this a lot with family and friends who have an incarcerated parent. It’s hard to keep that same bond. And I look at how me and my dad were able to even though he was away, we were able to still have a strong bond.

And when you and your father were not together, was there anyone else who helped you pave the way?

I had my mom most of it. She was a single mom trying to figure it out, but she just always wanted the best for me my whole entire life. She got pregnant at 16, and had me at 17. So she was trying to pave the way for me to be a great kid. She didn’t grow up with such a great childhood. So my mom was always my best friend, and I was always her best friend, because she was young. And I was the only person she kind of had, and she was so independent. And I got a lot of those independent tendencies from her, wanting to do things on my own and wanting to flourish.

If you could go deeper into how you got into coding, not just how you were introduced but how you continued it as well?

I actually learned coding from my dad because this was something he was passionate about. And he was coming up with all these cool ideas. This is what he wanted to do, after being in prison. While in prison, he taught himself how to code. Being able to still connect with my dad and build that bond with my dad….So he was really excited that I wanted to get into this and he’s thought why not teach my own daughter these skills I know. He was always giving me little activities to do and just being a great teacher.

Did school ever foster that passion for coding? Or was it something you had to pursue out of classes and school?

… in school, there was no technology or coding classes, which drove me to want to learn more, and be somebody who can teach….other women of color, and girls, and people who don’t have the opportunity to be able to learn this skill. It was just strictly learning from my dad, we didn’t have that in school. When I was in middle school one of my teachers knew what me and my dad were doing, and she thought it was really cool, and she had a group of kids who were doing technology. And they wanted to do coding also so my dad actually came to our school and did like a whole class for coding after school. We’d have a lot of different kids, and you just never knew these kids had interest in this and, if it would have been like a whole regular class, who knows where these kids would go with it?

Could you give me updates on Unlock Academy? How’s that going and updates on that as well, and what do you hope people get out of it?

We’ve been doing really great. We’ve been getting a lot of new students. Since the whole pandemic has come, it’s been actually better because more people are at home. And they are trying to find something to do… It’s a really big effort for me to try to get women of color and women in general and kids and people who feel marginalized into the tech space so that they feel like they can do anything. The tech space is not as diverse as it can be and as it should be. So that’s really our mission for Unlock Academy, to get people who really feel like they want to do it, or that they can’t do it, and put them into this world…Don’t psych yourself out, don’t let other people kind of steer you away from it. We want to be able to be the people that are able to stem their career and get them into this world.

What do you think of the racial gender and inequity in the tech world? Why does it exist and how do you think we should fix it?

I think it’s there because these people are not given the resources. There’s just nowhere really for them to easily obtain it…you can go to college and take classes, but it’s a lot of money…they don’t have all this kind of money to be going to take the big classes for these courses. Or even if they do, it’s just not marketed to them in a way that they can do it. There’s a stereotype around coding that it’s this crazy thing, and you have to be a genius or a mathematician….Like when you see it in movies, it looks like the matrix… When I first saw my dad doing it, I thought the same thing too at 10 years old…but when you actually get into it, it’s really not as crazy. Because my dad and I both came into the coding world, unknowingly, we understand why it seems crazy….we thought the same thing…I definitely think that’s why there’s a barrier because it’s just not marketed to our people in a way they can do it. And that’s how we plan to help is to give it to them in an affordable way, but also in a way they feel like they can do it.

Was there a moment where you realize this is really making a difference? Any moment of gratification that you can think of?

When stories started to come out, and brought a lot of awareness to us, and more people were in my DM’s or comments, people were telling me like, how much of an inspiration I am. And for me, I’m a very humble person… It’s kind of surreal for me, because I’m actually making a difference.