50 Years After Latin Disappeared From High School Classrooms, These Educators Are Bringing It Back 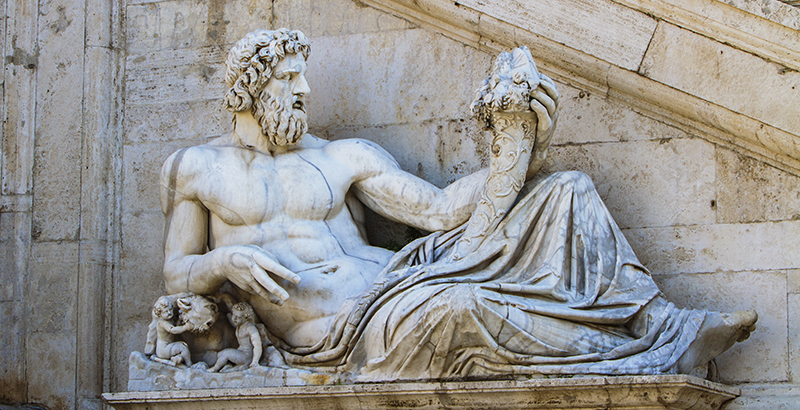 When Father Reginald Foster was chosen to serve as the Vatican’s Latinist, translating the pope’s correspondence and decrees into the Church’s mother tongue, he couldn’t foresee the ancient language’s approaching decline.

“In the old days, all priests knew Latin,” he remembers. “Some of the young ones, a week after their ordination, were sent to go teach Latin. This was a famous vocation that young priests had.”

None took it more seriously than Foster, an American Carmelite monk who spent many years developing and teaching his own Latin curriculum at Rome’s Pontifical Gregorian University. There he won fame as a kind of cult figure, dispensing free lessons to thousands of students both lay and invested. Most remarkable of all, as he lectured on Roman authors or led walking tours of historical sites around Italy, the indefatigable priest would converse in flawless Latin, which is rarely spoken aloud even by specialists.

Today, although Latin is still commonplace in papal writings, it is not a fixture of religious life or education. Foster, who served under four popes, presided over a period of sagging Latin usage that only now shows signs of passing. As one step toward arresting the decline, the Pontifical Academy of Latin, established in 2012 with the explicit purpose of preserving the language’s place in the modern world, is awarding a 20,000-euro prize for innovations in Latin instruction.

Now living in a retirement home in his native Milwaukee, where he still works with students at all levels of experience, Foster is not sanguine about the future of his discipline or the Church’s latest attempts to revive it. “To get down now and start a whole new generation of people speaking Latin … I don’t know, it’s probably impossible.”

Not everyone shares his pessimism. After a long phase of disuse in the late 20th century, Latin enrollment has stabilized over the past few decades, and a cadre of young educators — Foster’s own students among them — are devising new methods to dust off the language of the Romans.

We can’t know yet whether Latin is headed for a comeback, mostly because it is difficult to track the number of American students learning any foreign languages. The National K-16 Foreign Language Enrollment Survey, published by a consortium of research and advocacy groups, has estimated that a little over 10.5 million K-12 students (or about 20 percent of the total K-12 population) are currently studying one of the nine most subscribed languages. Predictably, Spanish captures the greatest market share, with over 7 million pupils. Latin accounts for about 2 percent of the total, about 210,000 students.

Those figures are the best available indicators, but experts view them with a jaundiced eye.

“The real numbers are hard to come by,” says Executive Director Martha Abbott of the American Council on the Teaching of Foreign Languages, one of the organizations that conducted the survey. “We have 17 or 18 states that don’t even collect the data, so you have to do estimation models.”

Whatever the true figures, present-day interest in Latin represents undeniable progress since its nadir in the 1970s. One oft-circulated claim holds that, following the post-Sputnik rush to prioritize math and science, high school Latin students dropped from 700,000 in the 1962 to 150,000 in 1976. Though it has lost intellectual cachet, it also appears to have sidestepped the academic dustbin.

Latin is “holding its own,” says Abbott, who attributes the recovery in enrollment to a shift toward fresher teaching strategies, including some borrowed from modern languages. Chief among them is the use of spoken Latin in the classroom. This idea — described variously as the “natural method,” the “direct method,” and “active Latin” — breaks dramatically from the traditional grammar-translation approach, which requires rote memorization of inflection and conjugation charts. Instead of spending long hours copying sentences from English to Latin, students can benefit from the same immersive environment that prevails in Italian or Japanese classrooms.

The change hasn’t caught on “in all places, because there are certainly teachers who still teach a … dry kind of approach to the language,” Abbott concedes. “But there are a growing number of teachers that teach it, more or less, as a living language.”

Kathleen Durkin, a high school Latin teacher in Garden City, New York, largely shares Abbott’s view. “Latin teaching recently has taken on more vigor than it’s had in a really long time,” she says. “You have a large crop of teachers and students who are taking part in extracurricular classics — trips, tours, and competitions, nationally and locally. So you have this network that seems to be ever-growing.”

Unfortunately, professional development may not be growing fast enough to keep pace with demand. While a sizable number of K-12 students remain interested in pursuing classical studies, qualified instructors can be hard to find.

In 2015, Durkin co-wrote an open letter with Ronnie Ancona, division head of the classics program at Hunter College, warning of a serious dearth of Latin teachers around the country. In both 2012–13 and 2013–14, they wrote, Latin language was cited as a specific area of shortage in their home state of New York. With a glut of Ph.D.s in the field and a limited number of teaching jobs at the college level, there should be a steady supply of Latin specialists trickling down to middle schools and high schools. Given the difficulties of gaining a teaching certification, however, job openings often go unfilled.

“There aren’t a ton of programs that offer the certification that people need,” Durkin says. “Certifications change from state to state, and people who are employable in some areas can’t necessarily find employment in other areas.”

The Certification Maze: Why Teachers Who Cross State Lines Can’t Find Their Way Back to the Classroom

These workforce problems are belied in part by the success of Latin and Greek enthusiasts in establishing new classically focused schools. At institutions like New York City’s Brooklyn Latin and Hyattsville, Maryland’s St. Jerome Classical School, teachers combine Latin instruction with lessons in ancient mythology and Aristotelian ethics. Parents report high satisfaction with the well-rounded curricula, and initial results place some classical academies among the highest-performing in their districts.

But for every successful startup, there are Latin programs failing for want of a credentialed teacher. “We don’t have enough teachers for all the jobs,” says Sherwin Little, executive director of the American Classical League. The 98-year-old professional organization has focused on preserving classics departments by connecting prospective teachers with vacant positions. “That’s when schools get frustrated and close programs, when they feel they won’t get a Latin teacher to fill that program.”

“Programs want to start up, they want to be vibrant, they want to be intensive,” says Durkin. “But sustaining young, dedicated, professionally developed staff members who have what it takes to stay in the classroom? That is currently something the profession needs to work on.”

Jason Pedicone, a former student of Reginald Foster and the president of the Brooklyn-based Paideia Institute, has wrestled as much as anyone with the challenge of enticing young people to take up classical studies. The organization re-creates Foster’s much-loved summer programs, giving students the chance to study Latin texts among the monuments of Roman culture.

Although he favors the practice of speaking Latin aloud in the classroom, Pedicone strives to distinguish Paideia’s ethos as what he dubs “living Latin.” He characterizes the concept as a blend of experiential learning and service projects that are designed to appeal to young people who are interested in putting classical ideals into practice. “Our summer programs, which teach Latin to high school and college kids, have become a place to get inspired and excited about classics so you can come back and do the outreach programs,” he says.

One of those programs, Aequora, recruits graduate students to teach introductory Latin grammar to disadvantaged elementary and middle school students. The volunteers use a specially designed curriculum to not only build familiarity with Latin words and phrases but also bolster their students’ English literacy and cultural background knowledge. Kids walk away with an improved grasp on two languages, plus a dose of ancient history and culture.

Pedicone regards the work of Aequora as worthwhile in its own right, but it’s clear that he also sees the program as a way of smuggling classical education into modern classrooms. Meanwhile, the volunteers are bound closer to Latin because they’ve used it to change the world around them.

“If you think about it as a brutal, realpolitik businessman, and you want to sell humanities in that environment, creating opportunities to do social justice with the humanities is the best thing you can possibly do.”

Asked for his own views on the value of studying Latin in the 21st century, Pedicone’s former teacher is quick to answer.

“Once you take Latin, you’ll be swept away — if you take genuine Latin, in a genuine way,” Foster says. “It opens up the mentality. We’re still thinking in Latin terms, Latin structures, Latin reasoning. All this literature and mythology and philosophy has come to us in Latin, and it’s still there. You can’t get rid of it.”

Though he’s famous for soliloquizing for hours in the native tongue of Caesar and Cicero, Foster doesn’t consider spoken Latin a cure-all for what ails the classics. What students truly need, he argues, is to be dropped directly into classical Latin text. He’s plainly contemptuous of textbooks that serve up jokey, contrived Roman family dramas to illustrate the use of the ablative case.

At his core, he believes that the way to teach a dead language is to bring it back to life. You can do that by using it in conversation, or making a pilgrimage to where it was originally coined, or turning it into an opportunity for public service. But for Foster, the secret to Latin’s resurrection is deep engagement with the men and women who spoke it centuries ago, through the literature they left behind.

“The use of the language is very much alive, whether it’s Marcus Aurelius or whatever,” he said. “Aurelius is alive because we understand him and talk to him. And he’s alive because the student has made his sentence their own sentence in 2017.”