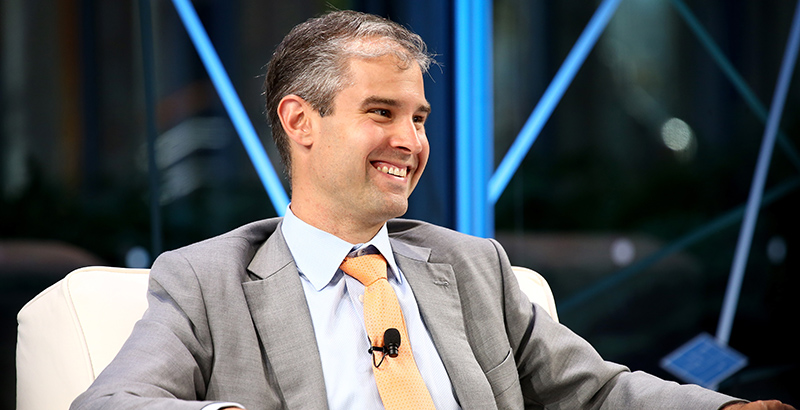 As COVID-19 rocked America’s schools and parents gained a front-row seat into their children’s schooling, they had questions. Big questions.

With the launch of Summit Public Schools founder and CEO Diane Tavenner’s book Prepared and her group Prepared Parents, she was getting a lot of calls and emails with questions that didn’t just have answers grounded in the present. The questions begged for more in-depth answers that talked about the roots of and need for transformation of the education system — a system that made a lot of sense for when it was created but is hopelessly out of date with the needs of today’s society and the goal of preparing all individuals for a life of success and fulfillment.

The concept for our podcast came together quickly. Over 10 weeks, Diane Tavenner and I recorded 10 sessions of Class Disrupted. Midway through recording the episodes, George Floyd was killed in Minneapolis, and America embarked on another set of gut-wrenching and important conversations and demonstrations about race.

Simultaneously, Diane was working to keep her network of schools moving forward for students, and I was working half time as my young daughters’ school went remote. Suffice to say, we had done some planning, but we also were learning together on the fly.

Here are 5 of the lessons I’ve taken away from our podcasts.

1 Every student needs access to high-speed internet and an internet-connected device at home.

I’ve historically thought that disruptive innovation — the process that introduces more affordable and accessible offerings — would take care of the so-called “homework” gap in our country. But with millions of students without access to the internet and a device, it’s clear that we need to solve the problem now.

As we discussed in episode 1, it’s hard to be a functioning adult in society without internet access today. If we’re trying to prepare students to succeed, we need to make sure all students have access now.

It helps that this is a solvable problem. There is enough money already in the budget to accomplish the task. We just need to allow it to flow to benefit students, not just schools.

The 74 · Class Disrupted Episode 1: Why Doesn’t Every Student Have a Device and the Internet?

I admit I’ve been a skeptic of project-based learning over the years, primarily because I experienced so many bad projects in my own schooling career and I’ve seen some really bad examples in the 15 years I’ve toured schools.

At the same time, the promise of projects has been obvious to me. Some of the best moments of learning I experienced were during projects.

In episode 4, I made my peace with this split-screen reality through a few “aha” moments. One of them, however, was this: In good project-based learning, students receive feedback throughout the entire process. As Diane said, “When I’m a teacher who’s taught a good project, by the time I see the final thing, I’ve seen that thing so many times and in so many ways, it really is not like I’m sitting down for the first time to read this essay.”

That implies a level of connection and rigor throughout the process that helps avoid so many of the pitfalls of projects in which they become like empty calories at the end of the meal with little substance to them or opportunities for certain students to free ride off of one person’s hard work. One of the reasons this also works is that, as Adam Carter of Marshall Street said, “If done right, you’re not, as the teacher, as the parent, the sole arbiter of feedback,” because the project culminates in a performance that a community consumes and then offers feedback.

The 74 · Class Disrupted Episode 4: Why Are We Doing School?

3 The effective use of time in school means building students’ habits of success.

A seeming paradox for families that homeschool their children is that the academics often take only a couple hours a day for students. Many families witnessed that dynamic up close during the spring in districts that still assigned new work.

So what else is going on during the rest of school? Well, in traditional schools, if we are being honest, it’s a lot of wasted time. Time for students to grow bored and restless and conclude that school isn’t giving them the opportunity to experience success on a daily basis or have fun with friends.

But, outside of the obvious child care dynamics, that doesn’t mean school should be just two hours long, as we discussed with Angela Duckworth in episode 5 (this was my favorite episode, I confess).

I’ve long admired how Summit Public Schools so intentionally integrates what they call the “Habits of Success” in the school day, but listening to Diane talk about the importance of integrating them into students’ academics was reinforcing and helpful to providing an answer to how do you use the school time. These habits of success — or character skills — like time management, working with others, the ability to self-direct and so on are too important to hope that students develop them on their own. They must be built intentionally.

The 74 · Class Disrupted Episode 5: What Is My Kid Doing With All His Time in School?

4 School is lousy at providing child care for many families.

I’ve traditionally bought into the notion that schools are critical because of the custodial care they provide. But as Diane pointed out to me and we discussed in episode 4, if this is a central purpose, then schools have a terrible design for fulfilling it. Which dual-working family wants custodial care from 8 a.m. to 3 p.m. only five days a week and not at all in summer? With districts increasingly having a half day off each week, the design is even worse.

This seems like a big opportunity for greater innovation as we move into the season of parents frantically creating pandemic pods and micro-schools.

5 We need to transform the system from a zero-sum one to a positive-sum one.

In episode 6, Todd Rose spoke to us about how the school system today operates effectively as a zero-sum game in which one child has to “lose” for another child to “win.”

But it doesn’t have to be this way. We can instead build a “positive sum” system, Rose argued, in which when one child “wins,” it’s not at another’s expense.

This is a wonderful way to, well, sum up what I’ve long thought we could construct by moving to a system that personalizes for different learning needs and supports each student in successfully mastering core concepts, skills and habits as they progress in school.

As Rose told us behind the scenes, this was a breakthrough insight of capitalism — that through trade and the “invisible hand,” the pie could grow and we could all benefit — and indeed, it has helped at least 700 million humans move out of extreme poverty in the 21st century.

So much of the education conversation around equity, however, often pits different groups against each other and creates a zero-sum conversation, such that those with the power in the system don’t want to change, lest their children lose out. We can do better by constructing a system in which we all benefit, because as we observe in episode 10, while far too many low-income students of color are not benefiting in today’s traditional system, many well-off individuals aren’t either because of the faulty design of the system.

Listen to all the episodes here, or download them from Apple Podcasts, Google Play or Stitcher.

Submit a Letter to the Editor
September 8, 2020

Michael B. Horn is a senior strategist at Guild Education, and founder of the Clayton Christensen Institute, a nonprofit think tank. He's the author of multiple books on the future of education, including Choosing College and Disrupting Class.