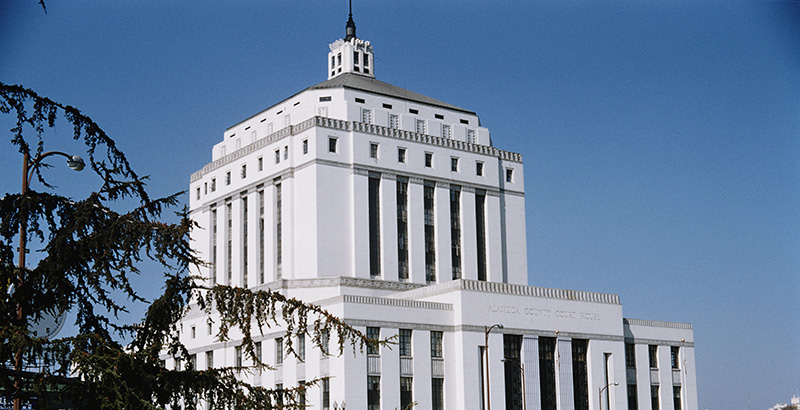 A lawsuit charging that California has failed to offer equal education to low-income students of color during the pandemic will get its first hearing in state Superior Court on Friday.

“It’s really surprising to us how little has been done” since the pandemic forced schools into distance learning, said Jesselyn Friley, a staff attorney at Public Counsel, one of the firms that filed the lawsuit. With more than half of the state’s students still in some form of remote learning, she added, California has offered no guidance to districts on how to improve instruction and no method for monitoring students’ progress — or lack thereof.

“We’re essentially holding the state accountable, especially during the COVID crisis. There’s been a lack of responsiveness [more than] a year in,” said Lakisha Young, the co-founder and CEO of Oakland REACH, a parent-led nonprofit that offers enrichment programs to area youth. Oakland REACH is one of the suit’s plaintiffs.

“Plaintiffs … bring this lawsuit on behalf of California students and their families, as well as community organizations that have diverted resources to educate students during the pandemic, in order to hold the State accountable for its refusal to fulfill its constitutional obligation. Plaintiffs seek to ensure that all of the State’s schools be equipped to provide students with the remote tools, connectivity and programming to provide the basic education that is their fundamental right under the California Constitution,” the lawsuit says.

The plaintiffs are seeking an injunction for immediate relief as well as long-term changes to avoid a return to the system that was in place pre-pandemic.

“We know that even prior to COVID, there were gaps in education,” said Marianna Hernandez, prevention manager at Community Coalition, another plaintiff. The South Los Angeles-based nonprofit trains leaders to help improve racial and economic justice in the city. Karen Bass, who is now a U.S. representative in the state’s 37th district, formed the group.

“We’ve talked about how the state has failed low-income students of color for a long time,” Friley said. “People are fed up.”

The lawsuit lists 15 students as plaintiffs, including a kindergartner, a high school senior taking AP classes and several children with disabilities. Named as defendants are the state, its Board of Education, its Department of Education and state Superintendent Tony Thurmond.

The state did not respond to numerous requests by The 74 for comment. But in a statement quoted by the Los Angeles Times, Thurmond said: “There is no question that this pandemic has disproportionately impacted those who have been made vulnerable by historic and systemic inequities. That is why, from Day One of this public health crisis, I have charged my team to maintain an ongoing and urgent focus on addressing the numerous access and opportunity gaps that impact student learning.”

Friley said Friday’s session in Alameda Superior Court will be the first time a judge will hear arguments in the case.

Since remote learning started, some low-income students have been without computers and reliable internet connectivity, Friley said. Many have faced shortened school days that don’t compare to the instruction offered to students in wealthier districts, she added. There have also been growing mental health issues, higher dropout rates and a decline in students seeking a postsecondary education.

As of December, 11 of the state’s top 25 school districts were still distributing devices to families, the lawsuit charges. In the suit, one of the parents, referred to as Kelly R., said that when the Los Angeles Unified School District went remote, “Both of my children’s teachers did not have reliable internet, so my children were only receiving 30-40 minutes of instruction a couple of times each week.”

In October, Thurmond estimated that up to 1 million students were still without adequate computers or internet connectivity to successfully participate in distance learning.

Beyond the immediate demands of the lawsuit, the coalition is asking the state to basically retool its education system to try new methods that will better serve low-income students of color. Both Oakland REACH and Community Coalition point to programs they started in the past year, with hopes that these efforts can be incorporated into school districts statewide.

The program, called the City-Wide Virtual Hub, now serves 200 families and is expected to reach 1,000 this summer. It will be expanded to six Oakland schools this fall thanks to a $1 million grant from the Oakland district, Young said.

On May 24, The L.A. district announced that it would continue to offer a remote learning option for students next year. Friley said the suit is neutral on whether virtual instruction is necessary, but “if you are offering remote, offer something comparable.”

The lawsuit was filed well before the state decided to allocate $6.6 billion in COVID relief funds to schools, so Friley said that money wasn’t a factor in the request for the injunction. But Young said state attorneys mentioned the funding in a letter they sent to the plaintiffs asking them to withdraw the suit. The plaintiffs refused.

“It’s great to have money and resources, but money doesn’t change a mindset. It won’t work without a plan,” Young said.