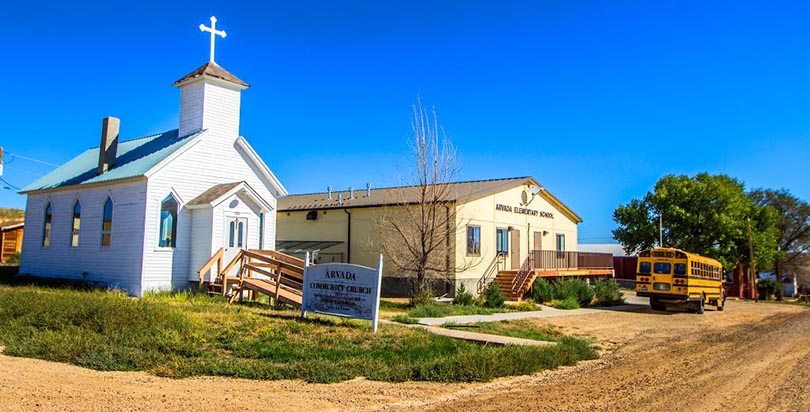 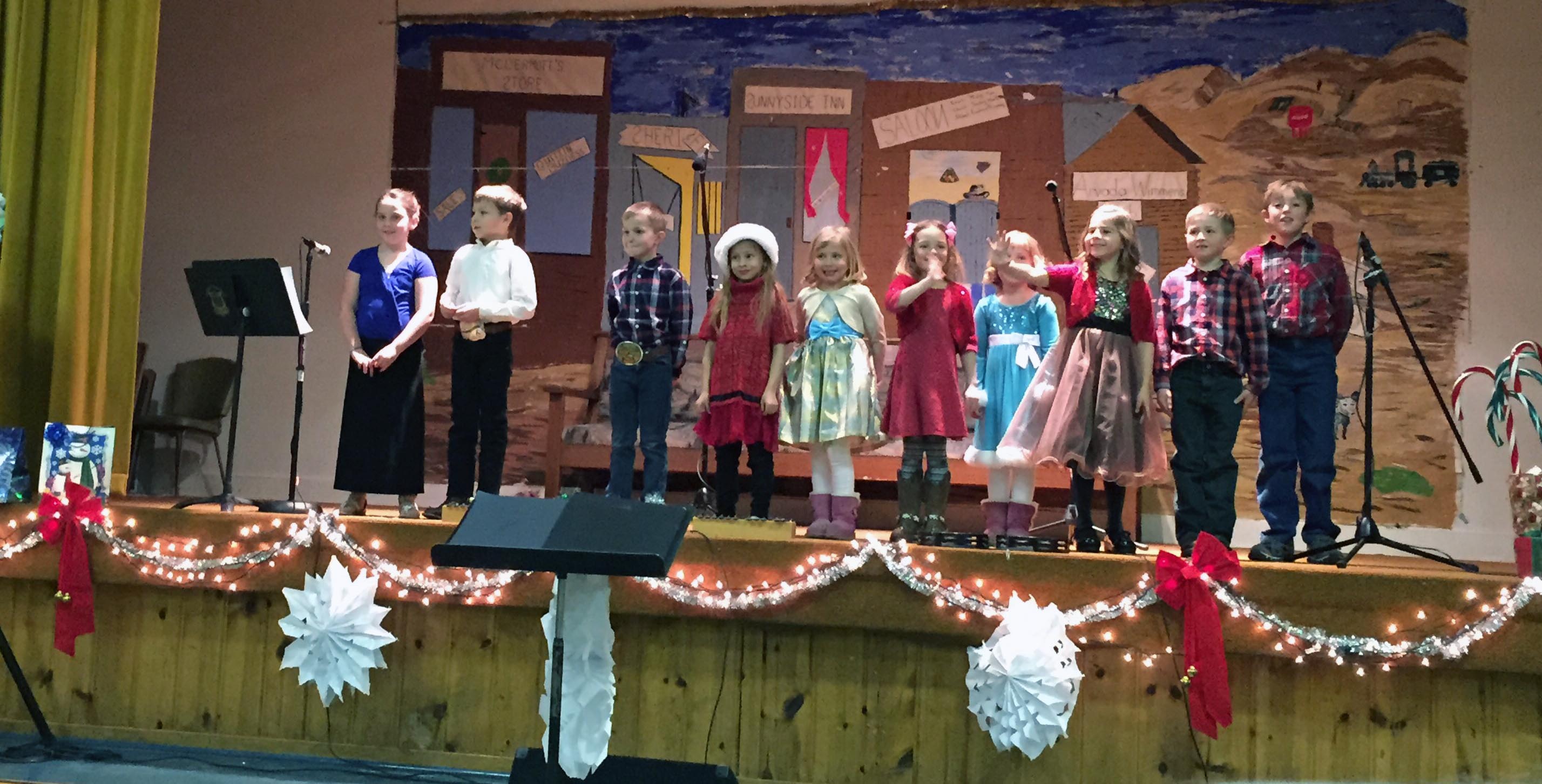 Arvada Elementary School students participate in a Christmas concert at the local community center.
Photo: Photo courtesy Amy Vineyard
Sen. Lisa Murkowski of Alaska — one of only two Republicans who voted against DeVos — said school choice is simply not an option in the most remote parts of her state. Expanding choice options, Murkowski argued, should not come at the expense of traditional public schools.
“I need to have a very clear and a very firm commitment that the focus that you will give, to not only Alaska but to states that have significant rural populations, that these students who will not have alternatives, that that public school system is not undermined, eroded, or ignored,” Murkowski said.
Sen. Mike Enzi, a Republican from Wyoming, voiced a similar concern. Noting that rural and frontier schools in his state have “special problems,” Enzi asked DeVos about her plan to engage rural communities in the federal Every Student Succeeds Act implementation process.
After giving a nod to local control in education, she pivoted back to school choice — online schools, specifically. “When we think about the future, I think about the opportunity for more choices and options for those parents at a distance-learning type of a situation and the possibility that course choices or online courses could be offered in ways that they may not have been previously,” she said.
(The 74: Betsy DeVos, Trump’s EdSec Pick, Promoted Virtual Schools Despite Dismal Results)
Enzi ultimately voted to confirm DeVos — but Vineyard had asked him not to. In an email, she said the secretary’s background in education policy wouldn’t benefit Wyoming schools. Although she knows a few families in the area who homeschool their children, and online programs are an option, she said her kids need opportunities to socialize with other people. Their closest neighbor lives 5 miles away.
“We’re in the middle of nowhere. We’re 50 miles from everywhere,” she said. “I think it’s super beneficial for kids when they go to school, they’ve got to deal with people every day who they may or may not like.”
Auzqui, on the other hand, said he will wait to see how DeVos performs before passing judgment. Though two statewide online public K-12 schools already exist in Wyoming, he said other alternatives could come with risks for the district.
“Parents always have those options, and those are things that we have to take into consideration every year as we’re budgeting,” he said.
Allen Pratt, executive director of the National Rural Education Association, a nonprofit advocacy group based at the University of Tennessee at Chattanooga, said educators around the country are having similar conversations about what DeVos and a big school-choice push could mean for remote schools. Charter schools just aren’t a feasible option in a lot of rural communities, he said. In regard to virtual learning opportunities, Pratt noted that rural areas often don’t have access to broadband that meets online course requirements.
Still, as DeVos begins her tenure at the federal Department of Education, Pratt expressed optimism.
“The rural voice did make a major impact on this election,” he said, noting the large turnout for Trump in less populated parts of the country. “We have to use this momentum and do what we need to do to help rural schools.”
Added Pratt, “You have to be positive right now. We’ll do the best we can, and if there’s more freedom and flexibility for departments of ed at each state level, maybe that’s a good thing.”
The Dick & Betsy DeVos Family Foundation provided funding to The 74 from 2014 to 2016. Campbell Brown serves on the boards of both The 74 and the American Federation for Children, which was formerly chaired by Betsy DeVos. Brown played no part in the reporting or editing of this article.
Submit a Letter to the Editor
February 22, 2017