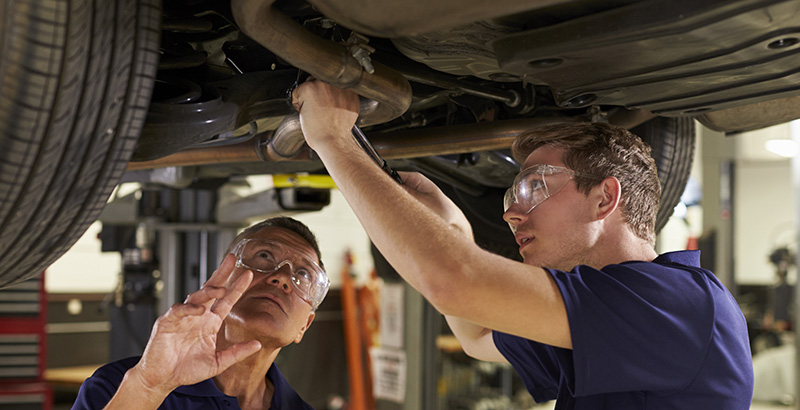 Rising tuition costs and increasing skepticism about the value of the traditional four-year degree are causing students, higher education organizations, and government officials to turn to alternative programs that are touted as cheaper, more flexible, and based on skills rather than classroom hours.

Specifically, the Trump administration has pushed for an expansion of apprenticeships and other alternatives to the typical college experience, and the GOP-led House Committee on Education and the Workforce has drafted a new version of the Higher Education Act that pursues many of the same goals through deregulation and a focus on preparing people to fill vacant jobs.

“Today, there are 6 million unfilled jobs in this country. Those jobs are unfilled because many employers have found that applicants lack the needed skills for those jobs. Today, Americans carry more than a trillion dollars in student debt. … That is why this bill is before us today,” said Rep. Virginia Foxx, the Republican who heads the committee, during the bill’s markup in mid-December.

Democrats, however, worry that without strong regulations and accountability measures, for-profit educational institutions and training programs will be able to take advantage of students.

Apprenticeships are paid positions that include an instructional component, so workers earn money while they gain knowledge and skills for a specific industry or profession. Some programs, known as “registered apprenticeships,” are regulated and funded by the Department of Labor.

In June, President Donald Trump — coincidentally, the longtime host of the TV show The Apprentice — issued an executive order calling for an expansion of apprenticeships as a way to boost the workforce and fill jobs with skilled employees. White House officials said the order would make it easier for employers to create apprenticeship programs and would direct more funding toward them to meet the needs of the labor market, especially in manufacturing.

Some Democrats criticized the change, warning that too much deregulation could lead to fraud.

Chris Lu, who was deputy secretary in the Obama Labor Department, said on Twitter that loosening regulation would open the door to abuse.

Economist Aaron Sojourner, who worked on the President’s Council of Economic Advisers for a short time under both Trump and Obama, echoed that sentiment.

Following the president’s lead on deregulation, House Republicans introduced a bill Dec. 12 to reauthorize the Higher Education Act, including a provision that would create a grant program to support industry-led apprenticeship programs.

The new bill would also end several Obama-era regulations on higher education, including some protections against for-profit colleges.

Additionally, the plan calls for loosening rules that require schools to use credit hours for things like financial aid and degree requirements, a change that critics say could cause confusion. Rep. Foxx said the credit hour rule is an unnecessary federal regulation that gets in the way of innovation. Without the credit hour rule, schools have more flexibility to use nontraditional models, such as competency-based programs.

Amy Laitinen, who worked in the Obama administration and is now director of higher education at the left-leaning New America Foundation, has advocated for ending the credit hour as we know it, saying it was not created to measure student learning. However, she has criticized the proposed GOP changes, saying, “It’s hard for me to see a world where we don’t see massive fraud and abuse if this bill were passed.”

Rep. Foxx, who heads the House education committee, said higher education accreditation organizations will help ensure quality. Democrats on the committee expressed doubt that that would be sufficient.

At the postsecondary level, competency-based learning refers to a wide range of programs in various fields in which students are required to prove mastery of certain skills through assessments that simulate real-life tasks or projects. Some colleges and universities offer competency-based programs for associate’s, bachelor’s, or master’s degrees.

Rather than passing a number of courses that correspond to credit hours, students in competency-based programs are required to show proficiency on tasks, which can be more rigorous than a typical bachelor’s degree program where students are simply working toward earning passing grades, said Matthew Soldner, who studies competency-based education at the American Institutes for Research. The model is a “boon for transparency” because students cannot earn a degree without demonstrating that they can do all of the required tasks, he added.

Typically, the structure of competency-based programs makes them less expensive, according to a 2015 study by the conservative American Enterprise Institute, but there are some caveats. Some competency-based programs are not eligible for federal financial aid, requiring students to rely on private loans or pay full tuition. Some programs use an “all you can eat” model where students pay a subscription fee and are free to complete as many projects as they can during that time. In that case, a student’s pace and pre-existing knowledge and skills determine how long the program takes and, in turn, how much it costs.

Education Secretary Betsy DeVos weighed in on the debate at a U.S. Department of Education–led “Rethink Higher Education Summit” in December. “The reality is that there are a number of challenges and opportunities facing higher education, and Washington, D.C., does not have all the answers,” she said.

My question to today's participants: what can the federal government do more of & what should we do less of to drive #innovation in higher education? #RethinkSchool

The House of Representatives will likely vote on their overhaul of the Higher Education Act next year. The House committee voted to approve the bill along party lines, but it is not guaranteed to pass the full House.

The Senate is expected to take a more bipartisan approach when it takes the issue up sometime in 2018.

Report: 30 Million Well-Paying Jobs, Mostly in the West and South, Exist for Workers Without Bachelor’s Degrees