Any Which Way You Fund It, Pre-K Scores Four Big Wins For 4-Year-Olds Across U.S. 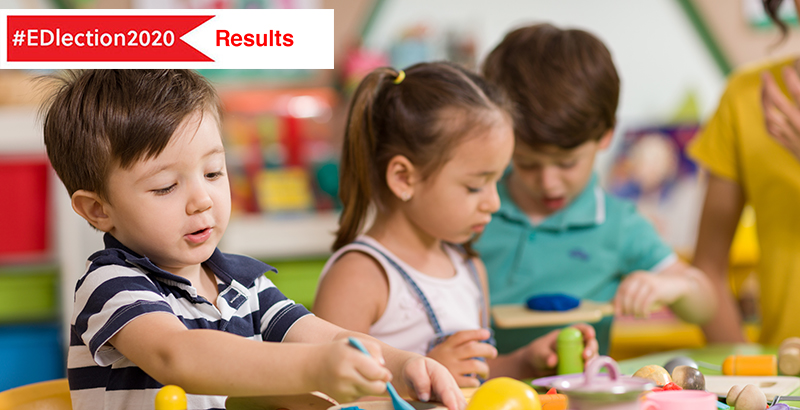 The diverse funding mechanisms in the two cities, one state and one county — majority Democratic areas — offered a glimpse at the many paths forward for cities, counties and states looking to do the same in the future as consensus grows on the benefits of pre-k.

Colorado is now on its way to universal pre-k for all of the state’s 67,000 4-year-olds, with the biggest ballot item of the night, Proposition EE. Funded by a sales tax on tobacco products, the measure is projected to generate $180 million per year by 2023-24 when those funds begin to be disbursed by the state legislature for pre-k programs.

The tax continues to incrementally increase until 2027, when a carton of cigarettes will be taxed at about 62% and revenue from the tax tops out at $280 million per year.

In San Antonio, voters opted to continue funding PreK 4 SA, the city-run pre-k program, with an existing sales tax. Since it was first approved in 2012, the program has graduated over 12,000 4-year-olds from its four brick-and-mortar centers and given out $21 million in grants to help other pre-k providers expand to full day, high quality programming.

In St. Louis, voters approved Proposition R (for “Ready by Five”) which will raise the property tax rate by $0.06 to generate $2.3 million per year dedicated to improving services in early childhood learning centers.

Proposition R Il not create extra seats, but will be distributed by the Mental Health Board, which operates the city’s Children’s Services Fund and Mental Health Fund to award grants to nonprofit service providers for services like developmental screening and home visits.

Finally in Multnomah County, Oregon, home to the city of Portland, an income tax on the top 10 percent of earners will fund 7,000 free pre-k seats for the county, where what few childcare options do exist are the fourth most expensive in the country.