A Summer Education Meltdown: Why Everyone in DC Is Mad About ESSA, Congress, Charters, Choice — or All of the Above 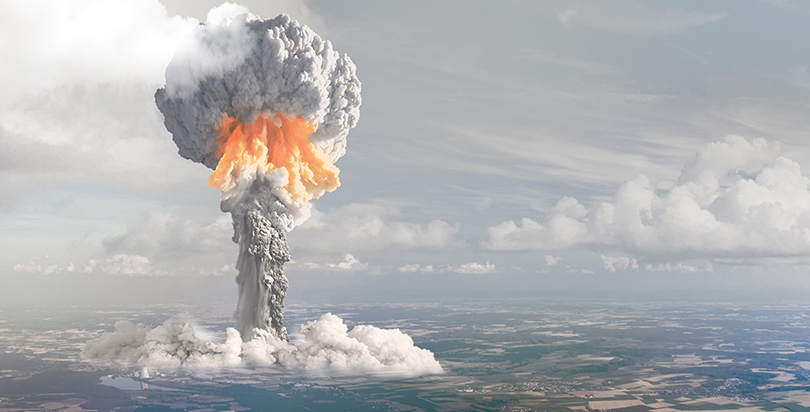 Updated, July 17, 2017
The story was updated to clarify the National Alliance for Public Charter Schools' remarks on the education department spending bill released by the House Appropriations Committee.
Washington, D.C.
The nation’s capital went through a heat wave last week at the same time that a series of education world events sent policymakers’ and advocates’ tempers rising right alongside the thermometer.
Several disputes, big and small, erupted throughout the week, but the two main battles involved the Education Department funding bill and the department’s ongoing feedback to states on their plans under the Every Student Succeeds Act.
Wednesday afternoon, the House Appropriations Committee released the text of its Education Department spending bill. It cut $2.4 billion from the department, including ending $2 billion in teacher training grants.
Education advocacy groups have been unsparing in their criticism, and a top Democrat Thursday said it “appears to me to be anti-teacher.”
(The 74: House Subcommittee Advances Education Funding Bill as Democrats Protest ‘Anti-Teacher’ Cuts)
All the Democrats on the committee voted against advancing the bill, but administration Republicans can’t be happy with it, either.
The bill doesn’t include the $1 billion in public school choice funds or the $250 million pilot voucher program the administration sought, a blow to President Trump, who promised an ambitious federal school choice program, and Education Secretary Betsy DeVos, who has worked on the issue for decades and defended the proposal at two very contentious budget hearings.
(The 74: DeVos Says IDEA, Other Federal Laws Apply to Private Voucher Schools, but No Pledge on LGBT)
Even advocates for programs that did come out ahead, like the federal charter school program, weren’t pleased.
Lawmakers have proposed adding $28 million to the program, bringing it to $370 million for fiscal 2018. The program got an increase when most others were either cut or held flat, but the budget line remains far below the $500 million Trump requested. Advocates were pleased with the spending bump charters did receive but troubled by the overall amount going toward education and other essential programs.
“The allocation remains too low, and must be raised,” Nina Rees, president of the National Alliance for Public Charter Schools, said in a press release Friday.
She urged Congress "in the strongest possible terms" to raise the cap on non-defense discretionary spending. Outside of mandatory spending on things like Medicare and Social Security, and interest on the national debt, about half of the remaining spending goes to defense programs and the other half to everything else.
“With a higher budget cap, Congress can reach that goal and provide students with even more access to public charter schools and other critical programs,” she added.
On a separate track, Senate education committee chairman Lamar Alexander, who was one of DeVos’s few boosters during her brutal confirmation process, unleashed on the department’s interpretations of state power under ESSA.
Acting Assistant Secretary for Elementary and Secondary Education Jason Botel “hasn’t read the law carefully,” Alexander told Education Week.
(The 74: Five Surprising Facts About Jason Botel, Trump’s Pick for Senior White House Adviser on Education)
Alexander’s comments concern a letter Botel sent Delaware, charging that the long-term goals for student achievement laid out in its ESSA plan were insufficiently ambitious. Botel later told The New York Times that because the law doesn’t define ambitious, it’s up to the department to do so.
“Not only did we not authorize the Department of Education to define the word ambition, we specifically prohibited it,” Alexander told Ed Week. “That’s what the law says, in plain terms.”
Elsewhere, tempers flared over a report and panel discussion by the American Federation of Teachers and the Center for American Progress on the “racist origins of private school vouchers.”
Voucher backers released their own responses, on Twitter and in blog posts.

This is political slop with no intention of being honest. Congrats @EdProgress, you've hit rock bottom. https://t.co/BRefMRtQUr

— Citizen Stewart (@citizenstewart) July 13, 2017
Education Department officials, too, set off their own controversy with what was seen as a dismissive comment from a top official suggesting that mutual drunkenness, not a lack of consent or one person overpowering another, was behind most campus sexual assault allegations. That remark, which was quickly followed by an apology, came just before a series of meetings between advocates and DeVos, who is contemplating changes to the Title IX rules governing how schools handle sexual assaults.
(The 74: DeVos Hears of Sex Attacks at Colleges & K-12 Schools as Feds Weigh Changes to Title IX Evidence Rules)
Congress, and the apparatus of official Washington, will be in town for another few weeks before leaving for the annual August recess, so stay tuned as the fireworks continue.
Sign Up for The 74's Newsletter
Submit a Letter to the Editor
July 16, 2017