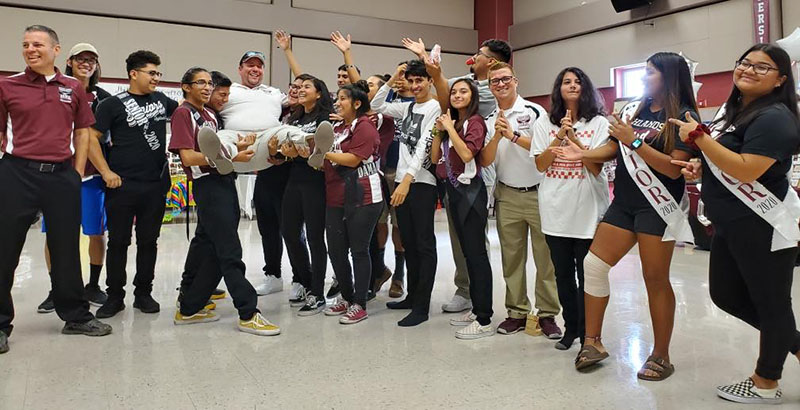 Facing the same troubling dilemma as their colleagues around the country, the school district’s board of trustees called on campus leaders to use every relationship they had to find the missing children and, if possible, stay in contact.

It worked. Over the course of the next month, most of the missing students — more than 96 percent, according to a district spokesperson — were located.

The success rate was largely achieved through the painstaking efforts of educators like Highlands High School band director Alejandro Jaime Salazar, who now knows the status of each of the 65 members of the Mighty Owl Band.

“A lot of people haven’t had success contacting every kid,” Salazar said. “I’m consistent and persistent.”

Salazar didn’t have a magic app or a secret phone number. He had relationships with students — his own and those between bandmates — forged long before the closures. When his personal connections played out, he called in reinforcements section by section, woodwinds finding woodwinds, brass finding brass.

Across the country, the search for students has continued well into the last month of school. The closures brought on by COVID-19 left thousands of students disconnected, unable or unmotivated to answer calls, emails and text messages from their teacher.

In North Carolina, 4 to 5 percent of students statewide were unaccounted for as of May 4, according to USA Today. On May 11 The Houston Chronicle’s Shelby Webb reported that Houston-area districts were still missing students by the thousands. The Washington Post reported that many students in the district’s poorest schools are not logging on for class lessons.

In San Antonio, Salazar’s success demonstrates how districts must think beyond phone trees and Facebook pages if they are to winnow their lists of missing students. The relationships students had before the closures have become valuable conduits for bringing them back, especially if educators are willing to be relentless in their search.

Getting the band back together

At the beginning of April, Salazar had a list of 12 students who had not made contact with any of their teachers. He started calling and texting the students and their parents until he got an answer. With upperclassmen, the solid relationship he developed with them over the years paid off, he said, but it was more challenging with freshmen and sophomores who were newer to the band.

“I kept calling home, leaving messages, sending texts,” Salazar said. Some messages even showed a “read receipt” but the students still didn’t answer. In those cases, he decided to utilize a different technique: He turned to members of the student band.

Each section leader — the student band member tasked with training up younger members of their instrument group — had a new responsibility: finding their fellow clarinets, trumpets, saxophones and so on.

It works for several reasons, he explained. For starters, kids will tell other kids what’s really going on. If a student is feeling overwhelmed or ashamed of their situation, some will open up to a close friend faster than they would to an adult. If they just don’t want to log in, they’ll admit that to their peers before telling the teacher.

Students also know one another’s siblings, cousins and neighbors. They can work their social networks most efficiently.

Within weeks, Salazar had the list down to one final student. “Thankfully a flute had her number,” he said, using a habit he has of referring to students by the instrument they play.

The student, it turned out, didn’t have a laptop or internet.

Salazar was able to get her in touch with campus administration for device and hotspot pickup, but she still has not logged on to a band class. That’s all right, he said; he’s relieved to know she’s OK.

Once and not forever

Making contact once, however, doesn’t tell the whole story, Salazar said. As time goes on, situations change, and kids who were in stable situations suddenly disappear. One student became homeless, he recalled, and it took persistent text messaging from himself and band members to make contact.

Others who had Wi-Fi eventually lost it when parents had to make tough cuts to the family budget.

When that happens, many kids don’t know who they can call, Salazar said, adding that the school has to be there reaching out, keeping track, and letting students know that help is available, even when the need wasn’t there a week ago. That’s why consistency matters as much as persistence, he said: “My main priority is to keep in contact with these kids every day.”

Every day for an hour, Salazar leads section practice with the brass players via Zoom, sometimes with his 5-month-old balanced on his lap. His assistants do the same with woodwind and percussion. At the beginning of each Zoom practice, he makes sure he can account for every trumpet, tuba, trombone and French horn.

“I’m not going to penalize them for that,” Salazar said. “They’re passing the class.”

If someone is unexpectedly absent, he said, he has the section leader reach out immediately.

In a few cases, especially early on, he said, core subject teachers reached out to him to help locate students who were not logging on to their classes. In more than one case, he said, kids were logging on to band practice but not core classes.

Honestly, he said, the band was a big part of keeping some kids in school even before the closures. Research backs this observation. Extracurricular activities have been shown to increase student engagement, strengthen attachment to school and improve academic outcomes.

Just as he did before, Salazar used his band connection to nudge kids toward math, English, science and history. Band, he reminds them, is for when academics are done.

“To me, academics is a priority,” he said. “We finally got them to do both.”

By holding Zoom practice daily instead of weekly or less frequently, Salazar knows he’s asking more than many core subject teachers. However, he says, many of his students need the routine to keep them from “freaking out” about the uncertainty around them.

“Band was doing that for them, so I want to be that consistency in their life if that’s what they need,” he said.

In many ways, the work of tracking down students started long before the closures, said Rebekah Ozuna, especially for the kids in her pre-K classroom.

As difficult as it was to find high school students, district numbers showed that student contact was lowest in the elementary grades. Younger students do not have their own phones. Many cannot log into Zoom or learning apps unassisted, and parents are strapped for time.

To find these kids, Ozuna said, there has to be a connection with the parents.

Ozuna teaches at Knox Early Childhood Center in San Antonio ISD, where she works with predominantly low income families and students with special needs. She made contact with all 16 of her students within a week of school closure.

While she followed the same protocols that other teachers had, she attributes her success to work that started a long time ago. 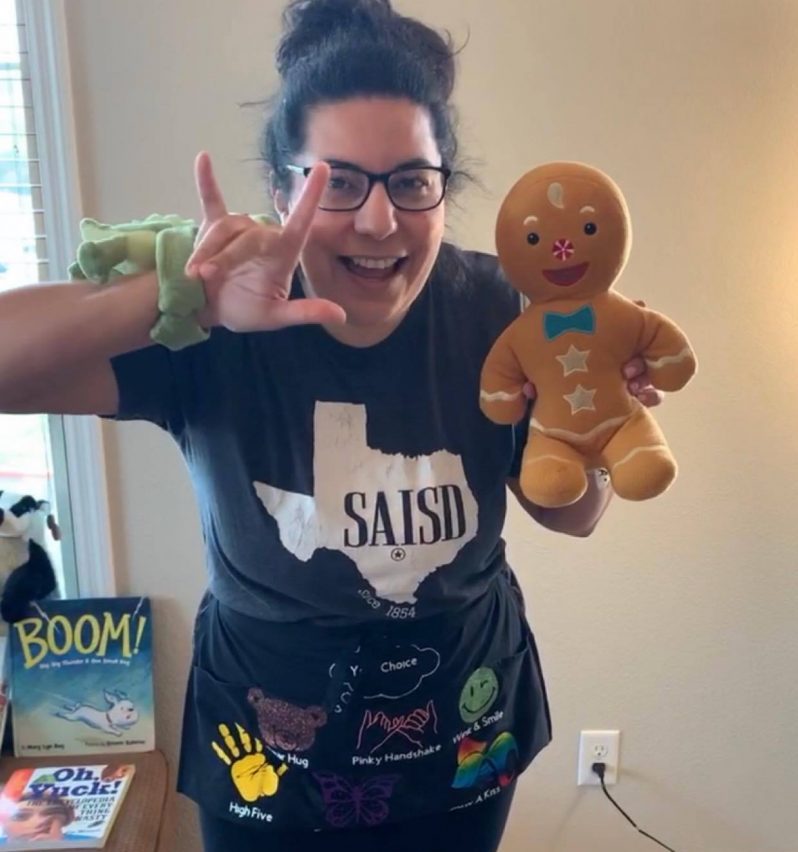 From the first day of class, Ozuna presents herself as a resource to the families in her class. She makes a point to say something positive to parents every day at pickup so that they leave feeling good about the progress their student is making.

“If you had really strong and powerful relationships with your families going into this space, you carry that with you,” she said, recalling what she had learned on a webinar from the Collaborative for Academic, Social, and Emotional Learning.

Families answered the phone, she said, because they knew she would be calling to offer support, just like always. “Above all,” Ozuna said, “we want them to know that they are safe, and they are loved.”