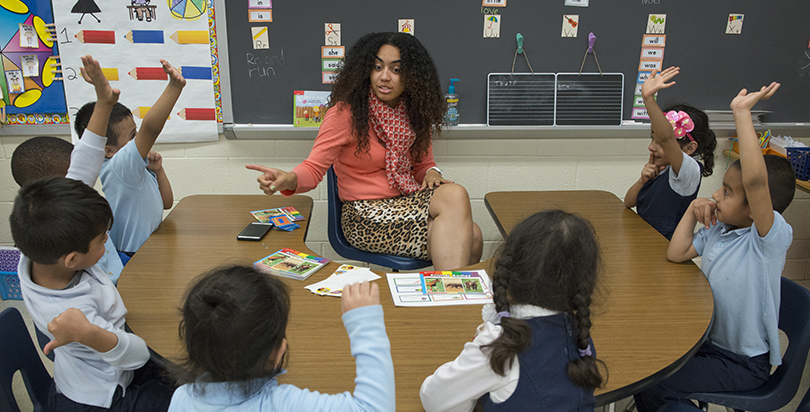 If there is one thing polls are really good at, it’s provoking people to wax philosophical on what the findings really mean. So when Education Next’s new annual poll on education reform revealed an unsurprising year-over-year drop in support for charter schools, some were quick to advocate for solutions to improve charters’ public standing.

Unfortunately, most of this early advice, while well-meaning, majorly misses the mark.

Consider this piece by Maureen Kelleher at Education Post, in which she argues that the erosion of support for charters is due to some charters failing to make good on commitments to quality and accountability. She argues, “If we want to win the charter war, we have to start by looking deeply at ourselves.”

Kelleher is right that charter schools — in fact, all public schools — should be high-quality and accountable for results. But there is no evidence in the poll that the drop in charter support is at all tied to school quality. In fact, the decline is much more likely attributable to the unusually intense charter attacks launched by organizations that benefit from keeping the district-run school model intact. The attacks began in the lead-up to last year’s election and have only intensified since inauguration day as charter opponents attempt to tag anything to do with school choice with the unpopular “Trump/DeVos” badge. Meanwhile, teachers unions and the organizations they support spent the summer passing resolutions condemning charters.

The common themes among these attacks have nothing to do with quality; instead, they rely on ridiculous assertions of “privatization” and “billionaires” taking over schools for their own benefit — and at the expense of public school children. More recently, the scurrilous attacks have painted choice advocates as segregationists.

It hasn’t mattered that, over the same period, there has been a wealth of compelling data released that charter schools are meeting the needs of underserved communities better than their district-run counterparts.

So why, despite all the good news about the work charters are doing, is the campaign against them finding traction? Because the average parent does not read about studies, and, as last week’s poll also showed, families drastically overestimate the quality of their local schools.

According to the poll, 54 percent of respondents gave their local schools an A or B grade while giving similar grades to only 24 percent of schools nationally. In fact, only 13 percent of respondents rated local schools in the D or F category. This is consistent with the recent Learning Heroes survey that revealed the serious disconnect between parents’ belief about the kind of education their children receive versus the reality. In short, most people (including parents) believe their schools are good, regardless of what scores actually show.

In this environment, critics of school choice initiatives leverage those beliefs to convince parents that “unaccountable” charters are a scheme by “privatizers” to siphon money from their “good, local” schools. The issue of quality is almost never a factor. If your child attends a “good” school, why would you ever support taking money away from it?

Convincing people to lend their voice and support to change is a two-stage process. First, they must be convinced that the status quo needs changing and, second, that the change being proposed is the right solution. What’s clear from recent polls and surveys is that a growing number of parents don’t see a problem, and therefore see any proposed changes as irresponsible. Charter school advocates need look no further than the results from Massachusetts’s Question 2 to understand that people’s views on charters are almost never a referendum on their quality.

A focus on quality and accountability is great for kids, and charters should not stop striving for those high standards. But as an advocacy strategy, it appears insufficient and misguided, doubling down on a talking point that has failed to rebuff the ongoing relentless attacks against school choice.