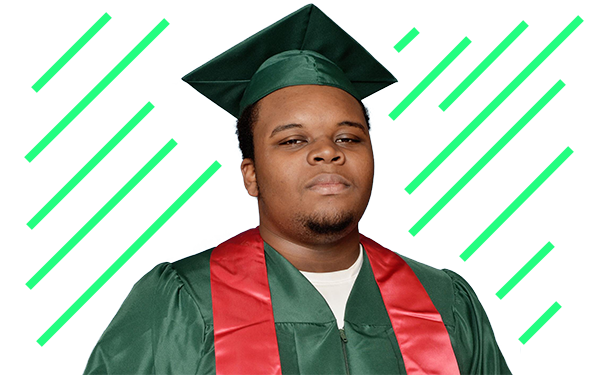 EDlection 2016 is The Seventy Four’s ongoing coverage of state-level education news, debates and votes in the lead up to the 2016 presidential election. Read our previous dispatches from Iowa and Nevada; the Missouri primary is scheduled for March 15.
For years, Lisa Thomas worried about the phone calls she received from her son’s school in St. Louis. She feared that she would hear he had been suspended again or that his grades had fallen even lower.
Sometimes, she worried he wasn’t really learning anything.
But two years ago, Thomas’s anxiety began to dissipate after her son, Keevon Collins, 18, got the chance to attend a higher-performing school in another town far away from the education problems that plagued the Normandy school district.
“It has been a whole transformation. His grades have changed for the best. He has not been in trouble,” Thomas said. “I don’t get called into the school.”
It was just a year ago that the nation was transfixed by a town close to the Normandy school district — Ferguson, Missouri — where protests erupted after the fatal police shooting of 18-year-old Normandy graduate Michael Brown.
Underlying the flashpoint confrontations over race, police brutality, justice, and equality was a story about how hundreds of parents and activists in Michael Brown’s former school district waged a fierce battle to get their children into better schools.
Now nearly 12 months after Brown’s death — and eight months after a grand jury declined to indict the white police officer who shot him — Ferguson has receded from the national spotlight, its conflicts spreading to other towns and cities. But back in Missouri, parents whose children would otherwise be destined for Normandy High School continue to fight tooth-and-nail for a different outcome — in school and in life — despite a vicious onslaught of bureaucratic and legal barriers.
While some are lucky and escape, thousands of other kids remain trapped in what is by many measures a failing school system. (Read The Seventy Four’s survey of the dire statistics behind the Normandy School District) For them, class begins on Monday, August 17 and Michael Brown’s mother, Lesley McSpadden, has already offered a glimpse of the struggle ahead.
“Do you know how hard it was for me to get him to stay in school and graduate?” she told news station KMOV. "You know how many black men graduate? Not many. Because you bring them down to this type of level where they feel like they don’t got nothing to live for anyway. They are going to try to take me out anyway."

We are all #NormandyStrong with #MikeBrown

For two years in a row, state lawmakers in Missouri have tried to blunt the financial force of the transfer law by allowing students in failing districts to choose other options, such as attending expanded charter schools and online schools. The latest proposal would have given school districts incentives to lower tuition payments and allowed students to transfer if their individual schools were low performing even if their districts had kept their accreditation.
Gov. Jay Nixon vetoed both revisions, instead announcing a partnership between St. Louis area school districts and the unaccredited school systems to lower tuition payments and provide other types of support to the struggling schools.
Rep. David Wood said legislators likely don’t have the votes to override the governor and the pact between the districts has taken away some of the urgency.
“They’re gonna be on their own fixing their own problems,” Wood said of the failing districts.
Jumping through hoops to get out
School opens in less than two weeks and some parents remain unconvinced that Normandy is ready to provide their children with a quality education. 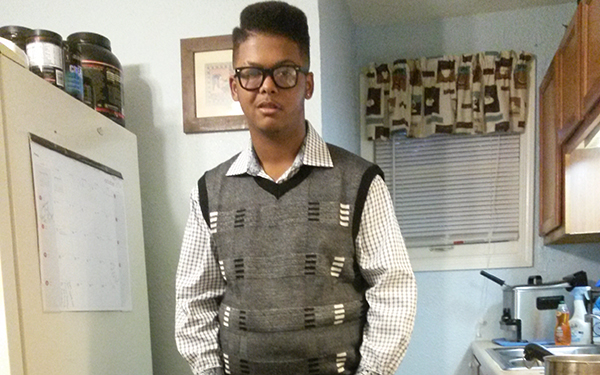 Karol Hyland had her son transferred out of Normandy High School two years ago into the higher-performing Ritenour High School in the Ritenour school district. But this year she ran into trouble when she went to drop off her paperwork to apply for a transfer in early May. She was told she had narrowly missed the deadline. Hyland said no one at the school district informed her that there was a deadline.

Now, she said, her son will be forced to return to Normandy High School.

“The school is just completely out of hand,” she said. “They’re not teaching him right because there is so much static.” 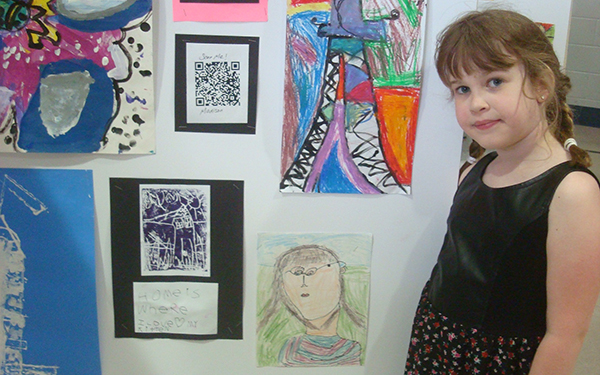 Madison Kirkpatrick, 6, will be attending school in Brentwood instead of the Normandy school district. (Photo courtesy Julee Higginbotham-Kirkpatrick)
Higginbotham-Kirkpatrick said she was told she first had to produce an occupancy permit on the home she bought 12 years ago to prove she lived in the Normandy district. She did not have one and said she was told by an inspector she would have to make more than $2,000 in plumbing repairs in order to get one. Higginbotham-Kirkpatrick couldn’t afford that so she dipped into her daughter’s college fund to enroll her in private school.
But after talking with a school choice organization Children’s Education Alliance of Missouri, Higginbotham-Kirkpatrick went back to the Normandy school district office and insisted they accept her back property taxes, home insurance, utility bills and deed as proof of residence. They did and her daughter will be starting first grade in the Brentwood schools.
Under the district’s current application requirements, families are able to provide a range of documentation to prove residency. Residency checks are then confirmed by school safety officers.
“It is a laborious process but it’s necessary to be thorough,” Pearson said.
But Higginbotham-Kirkpatrick said she worries that other parents wanted to transfer their children too but may have lacked her tenacity and resources.
“It’s just not fair to the children not to have a chance. They need to have a chance at a decent school,” she said. “My child can’t wait for 10 more years for this school district to get…(it) together. She won’t make it.”
Related: The Seventy Four’s Matt Barnum reviews the statistics and performance metrics of Normandy High School.
Submit a Letter to the Editor
August 5, 2015