The War Against ‘Lunch Shaming’: NYC Joins Growing List of Cities and Districts That Are Rethinking Mealtime 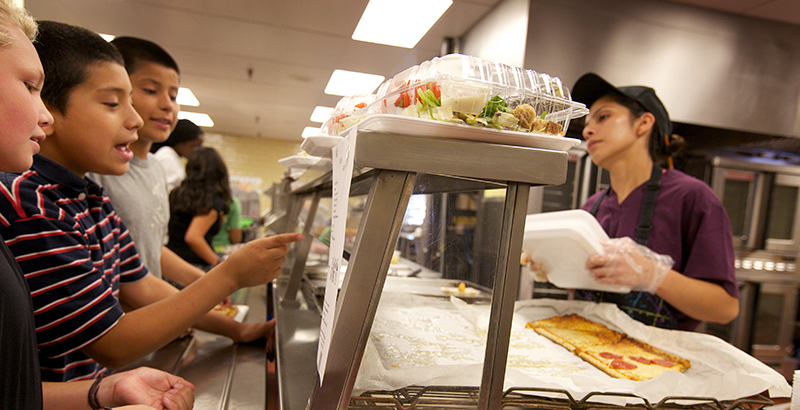 The day before students returned to class this month, New York City officials announced that all 1.1 million public school students would be provided with a free daily lunch. The move came a few months after state Senator Liz Krueger and state Assemblymember Jo Anne Simon introduced a bill to address school meal debt — and, more specifically, lunch shaming — across the state.

Lunch shaming is the practice of publicly penalizing students — whether stamping their wrists, calling them out of line, requiring manual labor, or providing alternative meals — for past-due lunch balances that their parents have not paid. (In one notable example last year, an Alabama student was forced to walk around with “I Need Lunch Money” stamped on his arm.)

Mayor Bill de Blasio was slow to roll out universal lunch citywide, but groups like Community Food Advocates praised the administration’s “universal lunch” approach for creating a system that will go beyond lunch balances to also provide for students who may have refused to ever apply for free or reduced-price lunch to avoid being stigmatized by their peers.

Since long before lunch shaming became a top issue of concern for America’s largest school district, educators and advocates have been making inroads in smaller states and districts across the country, convincing state education leaders to rethink their policies for low-income students. In several states this year, and in three of the country’s 10 largest school districts — New York City, Los Angeles, and Houston Independent — this advocacy has yielded new laws, rules, and policies.

Here’s a recap of how America’s school cafeterias have changed in 2017:

Media coverage of the damaging shaming trend has prompted celebrities like John Legend to take up the issue, and inspired Good Samaritans like this Idaho second-grader who sold lemonade to pay down other kids’ school lunch debt.

Why One State Is Investing Millions Into ‘Academic Coaches’ for Students