Taking Community College Classes in HS Is a Boon for Students — 90% Go On to Higher Ed, New Study Finds 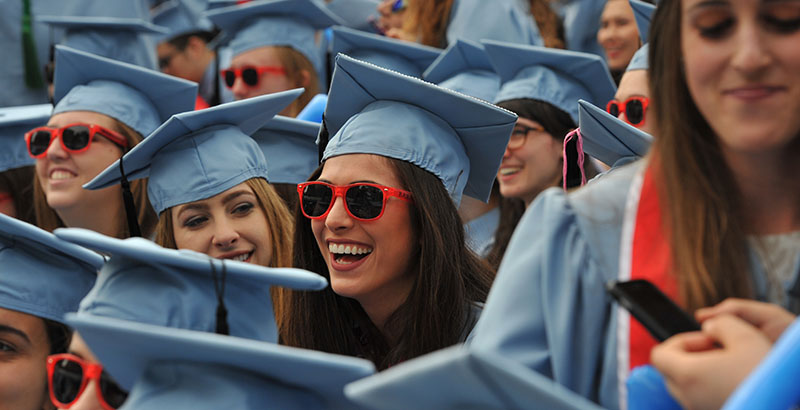 An overwhelming majority of high school students who complete dual enrollment courses at local community colleges go on to pursue higher education, according to a report released Wednesday. But where they enroll after graduation — and how well they perform — varies widely among states.

For the report, researchers tracked more than 200,000 high school students who took a community college class in 2010, and observed their progress six years later. They found 88 percent pursued higher education after high school, and within five years most had either graduated from a community college or transferred to a four-year institution.

But though dual enrollment has becoming increasingly popular, most educators and state leaders have not closely monitored which students participate, where they enroll in college after high school, and how many of those students earn a college degree.

Community colleges in particular should be tracking the outcomes of these students, said Davis Jenkins, a senior research scholar at the Community College Research Center at Columbia University Teachers College, which produced the report with the National Student Clearinghouse Research Center. In recent years, he said, adult enrollment in community colleges has dropped as high schoolers have increasingly flocked to these institutions through dual enrollment programs.

The number of high school students participating in dual enrollment programs grew by 67 percent between 2002 and 2010, according to the researchers’ estimates, totaling 1.4 million in the 2010–11 school year, the most recent year for which national data are available. But while 15 percent of new community college students in 2010 were in dual enrollment programs, that proportion varied widely among states, from 1 percent in Georgia to 34 percent in Kentucky.

Among those who entered community college, 46 percent earned a college degree within five years: 21 percent received an associate’s degree or certificate and 25 percent went on to earn a bachelor’s degree.

As for those who immediately enrolled in a four-year program, 64 percent — on average — received a college credential within five years, 59 percent earning a bachelor’s degree and 5 percent earning an associate’s degree or certificate.

For both higher education paths, those from low-income households struggled to graduate at rates similar to their wealthier peers. While the achievement gap in 23 states exceeded 10 percentage points between lower- and higher-income students who attended four-year colleges after high school, it exceeded 20 percentage points in five states: New Jersey, Kansas, Ohio, California, and Texas.

Click here for an interactive chart that breaks down the researchers’ findings for each of the 50 states.