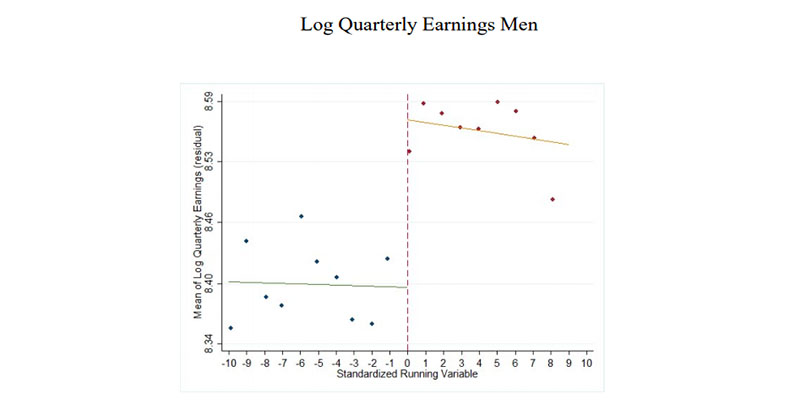 Enrolling in Connecticut’s technical high school system increases male students’ earnings by roughly one-third in the years immediately following high school, a study has found. Not only do the schools boost young men’s professional prospects, the study authors conclude, they have a substantial impact on their academic performance as well, suggesting that their early success could persist well into their careers. Somewhat mysteriously, female students do not realize the same educational or wage benefits.

The impressive returns to technical education may help explain the sustained demand for trade and vocational schools even during a time when the rate of college enrollment for American students is steadily climbing. According to polling, most of the public agrees that apprenticeships and other workforce training programs provide students with the skills to attain a good standard of living, and some evidence indicates that both revenue and enrollment at postsecondary trade schools have risen significantly since the beginning of the Great Recession. At the same time, most states are dealing with a pronounced shortage of career and technical education (CTE) instructors in high schools.

The study, conducted by researchers at Vanderbilt University and the University of Connecticut, was circulated last year as a working paper through Brown University’s Annenberg Center. It is a comparatively rare analysis of a statewide CTE program; much of the existing literature on the subject has focused on individual technical schools or programs.

National data indicate that 90 percent of American students take at least one CTE class during high school, though a report from the Washington, D.C.-based Thomas B. Fordham Institute released this spring suggests that they are not always guided to courses that offer the greatest likelihood for future employment. Seeing the popularity of vocational education — and the benefits realized by those who earn industry-specific credentials in manufacturing or information technology — leaders of major school districts have recently expressed a willingness to expand CTE course offerings.

The schools are oversubscribed, and applicants are selected for seats based on a cutoff score that takes into account their eighth-grade standardized test scores as well as their grade point average and school attendance.

To investigate the effects of the schools, the research team collected application data on approximately 57,000 eighth-graders who filed an application to at least one CTHSS school between the 2006-07 and 2013-14 school years. They then matched those applicants to their academic data, provided by the Connecticut State Department of Education, which offered a look into those students’ later test scores, attendance, high school graduation and college enrollment.

Comparing students who narrowly made it into one of the high schools with those who were narrowly turned away, the researchers found significant academic and economic impacts from CTE. Male students who were accepted to one of the schools scored much higher on 10th-grade standardized tests than those who did not. They were also 10 percentage points more likely to graduate from high school (relative to a baseline graduation rate of 83 percent). Over a two-and-a-half-year period after their graduation from high school, their earnings were 31 percent higher, compared with a baseline quarterly income of roughly $6,000. 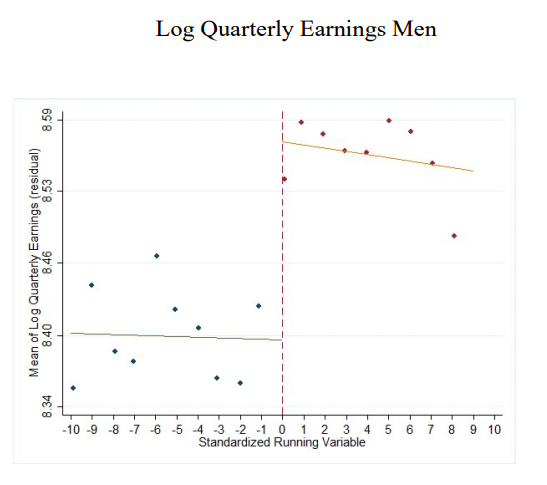 In an interview with The 74, study co-author Stephen Ross, a professor of economics at UConn, called all the effects “really striking” but focused particularly on the boost to test scores.

“That improvement means you can take a kid who has a certain set of interests and get them into a school that’s going to fulfill those interests,” he said. “And the increased academic engagement that’s created because of those interests means that they’re not just going to do better at becoming a plumber or becoming an HVAC specialist, but they’re also going to accumulate the general skills that people need to succeed in the labor market in the long run. That’s really, really important, and not something that’s captured in many CTE studies.”

The study leaves unanswered the question of why men, but not women, enjoy substantial positive effects from career training. Though the researchers offer no explanations, a hint may lie in the varying CTE disciplines preferred by boys versus girls: Female CTHSS students often selected programs focused on guest services, early childhood care and cosmetology, while males favored specialties like plumbing, HVAC and welding — which could lead them to excel in those highly skilled, and highly compensated, specializations.

Although the sample of male students was measured as 8 percent less likely to enroll in a four-year college than those who did not attend a CTE high school, Ross said that the effects faded over time, such that the oldest former CTE students were no less likely to have attended college than their non-CTE peers. Meanwhile, he said, the future life prospects for high-earning, high-scoring young men with technical high school diplomas offered much to be optimistic about.

“The bottom line is that this population has higher cognitive skills, has higher graduation rates, and at least in the medium term — looking at these people in their mid-20s — it’s starting to look like there’s no college deficit whatsoever in comparing them with the people who didn’t get into the system. So that suggests pretty strongly that a lot of these earnings effects might persist over time.”