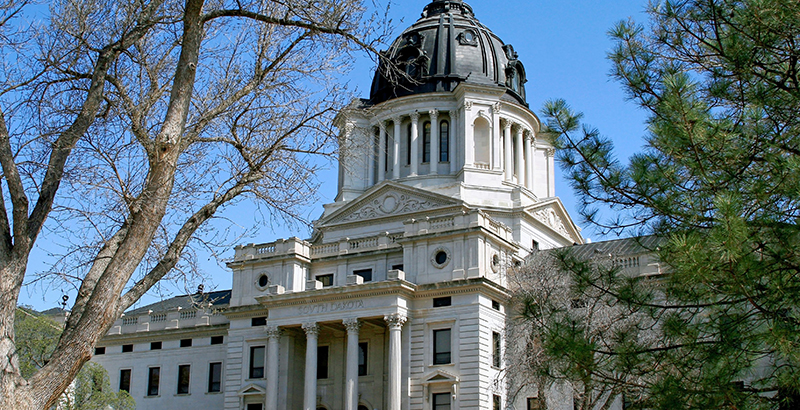 Seniors who scored a level 3 or 4 on both the English language arts and math Smarter Balanced tests in 11th grade, or a composite score of 18 on the ACT, are guaranteed general admission to the state’s six public colleges and four technical institutes.

The letters went to 4,439 students out of a total class of 8,015 eligible students enrolled in public school in both 11th and 12th grade, or about 55.5 percent. The state’s average ACT score for last year’s senior class was 21.8.

This proactive admission is particularly aimed at students who may not have even considered higher education, Secretary of Education Melody Schopp told The 74.

Students who hadn’t seriously thought about college, particularly those who would be the first in their families to attend, might not think to take the ACT. They all, however, have to take the Smarter Balanced test.

“We’re reaching a group we’ve not reached before,” Schopp said.

The move was spurred by Mike Rush, the executive director of the South Dakota Board of Regents, Schopp said. He previously worked in Idaho, which guarantees general admission to its state universities based on SAT or ACT scores and grade point average.

As of 2015, 27.5 percent of South Dakotans age 25 or older had a bachelor’s degree or higher, compared with 30.6 percent of the U.S. population at large, according to Census data. The state’s high school graduation rate for 2014–15 was 83.9 percent, compared with the national average of 83.2 percent the same year.

The new admissions guarantee is the latest in a series of efforts to encourage college attendance and persistence, Schopp said.

“We have been really focused on making sure that we are helping students to really think about the potential of going on to post-secondary,” she said.

For the last few years, the state has notified students who, based on test scores, might need to take remediation classes in college, and paid for extra courses to help them catch up. If they pass exams, the colleges will accept that as adequate remediation.

(The 74: When $7B in Remediation Falls Short: The Broken Promises Colleges Make to Students Who Need More Help)

Only 17 percent of the senior class will receive neither letter.

Students who meet the test benchmarks still must complete a written application. Some majors will have different standards, and the South Dakota School of Mines & Technology has higher ACT score requirements.