Since Parkland Shooting, at Least a Dozen Students Went to School With Guns 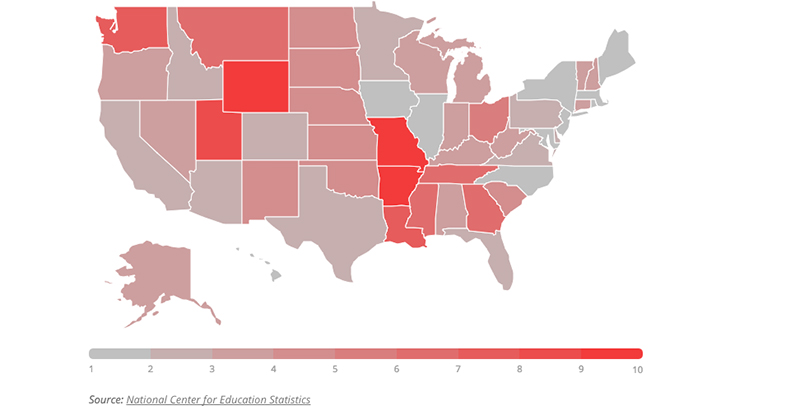 Following one of the deadliest school shootings in U.S. history — in which 17 people were killed at a high school in southern Florida — the heated debate over gun violence in schools, and how to prevent attacks, is back in full swing.

Since the Valentine’s Day massacre at Marjory Stoneman Douglas High School in Parkland, Florida, law enforcement officials have nabbed at least a dozen students — from Maryland to Arizona — who went to school with guns.

A day after the Parkland shooting, security footage showed a teen allegedly trying to carry a pistol into a Philadelphia elementary school. In Kansas, a 10-year-old elementary school student brought a gun and a knife to school, reportedly because of a threat she saw on Facebook. In West Palm Beach, Florida, an anonymous tip led to the arrest of a student who allegedly brought two firearms to school.

In Maryland, an 18-year-old student brought a pistol and a “list of grievances” against classmates to his high school. That incident led authorities to the student’s home, where police reportedly found a land mine detonator, a bulletproof vest, and other firearms. In Virginia, authorities arrested a middle school student who brought a loaded handgun to class, reportedly as part of a dare.

It may have just been a normal week in America in 2018. Although it’s unclear whether students have brought weapons to school at increased rates since the Parkland shooting, or whether authorities have been more vigilant in sniffing out threats, federal data shed some light on the frequency with which K-12 students bring weapons to campus.

Often, bullying plays a role in school weapons possession. Nearly a quarter of students say they were bullied in the past year, and victims of harassment are twice as likely to bring a weapon to school, according to a 2017 report published in the journal Pediatrics.