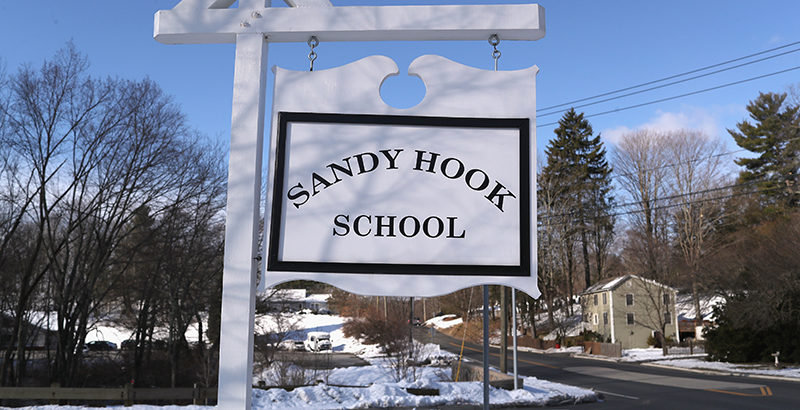 The high court’s decision, released without discussion, not to hear Remington’s appeal of a Connecticut Supreme Court ruling allows the lawsuit to proceed in state court. At issue is not the Second Amendment but the 2005 Protection of Lawful Commerce in Arms Act, which protects gun manufacturers from legal liability when their weapons are used to commit crimes.

The Sandy Hook families, however, argue that Remington’s marketing of the Bushmaster rifle used in the 2012 shooting violated Connecticut consumer protection laws by using hypermasculine and militaristic marketing that appealed to disturbed young men like the Sandy Hook killer. A knowing violation of state or federal laws is one of a half-dozen exemptions to the liability shield law.

Hockley: As a Sandy Hook Promise Parent, I Know That Prevention — Not More Guns — Is the Solution to Our Epidemic of School Shootings

The Connecticut Supreme Court in March ruled 4-3 that the case could proceed under the consumer protection law exemption, but it ruled that the shield law did preclude the families’ claim that Remington was negligent in selling a military-style weapon to civilians. The case now moves toward the discovery phase of the trial that could force Remington to share information about its marketing practices as the court decides whether those practices violate Connecticut’s consumer protection law.

Remington, in a brief filed in the case, said justices should overturn the Connecticut court to maintain the liability law’s preventions and “prevent widespread costly litigation that harms First and Second Amendment rights.”

The National Rifle Association, in its own brief, noted that many states besides Connecticut have similar consumer protection laws, “any one of which can now be used to circumvent national policy” if the Supreme Court doesn’t overturn the Connecticut court’s decision.

A push for stricter gun control, long a hot-button political issue, has been inextricably tied to children and schools since the 2012 Sandy Hook shooting in which 26 students and educators were killed. That link was only strengthened in the wake of activism by students from Parkland, Florida, where a shooter killed 17 people in 2018. The spate of shootings in recent years has also led to a change in school safety procedures, including new technology and an increased police presence.

Fred Guttenberg, father of one of the students killed in Parkland, wrote on Twitter that “gun manufacturers cannot hide behind bad marketing decisions that are leading to the death of our children.”

This is a BIG, BIG, BIG deal. The Supreme Court is allowing this lawsuit to move forward. The gun manufactures cannot hide behind bad marketing decisions that are leading to the death of our children. https://t.co/2n2cUcg9ze

And former vice president Joe Biden, among the top contenders for the 2020 Democratic presidential nomination, pledged to work to overturn the liability shield law and praised the work of gun control activists.

“There’s a straight line from those brave Newtown parents, to the activism of the Parkland students, to the millions of others who’ve said ‘enough’ in the long years between and since those tragedies. They’re using every tool of democracy: in the streets, at the polls, and today, in the courts,” he said in a release.