Report: Most Students With Learning Disabilities Learn in General Ed Classrooms, but Few Teachers Feel Confident in Their Ability to Teach Them 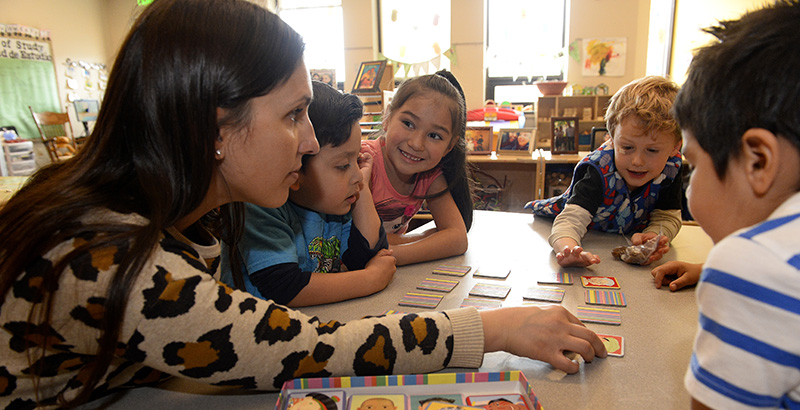 Even as the majority of students with learning disabilities spend most of their school time in traditional classrooms, just 17 percent of general education teachers feel “very well prepared” to teach children with issues like ADHD and dyslexia, a new study finds.

In the survey of 1,350 general education teachers, just 30 percent said they “feel strongly” that they’re able to successfully educate students with learning disabilities. For the report, researchers also conducted 13 educator focus groups and compiled a literature review of 150 academic articles on how to best educate students with special needs.

Nationally, about 1 in 5 public school students struggle with learning and attention issues, according to the report, though not all of them receive special education services at school. A majority of these children perform below grade level, which the report equated to “millions of students across the nation whose strengths and potential are going untapped.” Just half of the surveyed teachers said they “feel strongly” that students with learning disabilities can perform at grade level.

The survey results, however, did find room for optimism. More than 60 percent of educators surveyed said they’re “somewhat prepared” to teach children with mild to moderate learning disabilities. But when educators feel more confident about their own teaching abilities, researchers found, they’re more likely to provide instruction that enables students with disabilities to perform well. In focus groups, educators said they wanted to be well prepared, said Lindsay Kruse, vice president of the educators program at Understood.

“What they said was the preparation they have been given wasn’t effective once they got into the classroom,” Kruse said. “A lot of what they have learned has been on-the-job learning and a little bit of trial and error.”

As such, researchers found that a significant share of educators held several common misconceptions about people with disabilities. A third of respondents blamed students’ learning or attention issues on laziness, a quarter believe such issues can be outgrown, and another quarter pin ADD and ADHD on bad parenting.

Meghan Whittaker, director of policy at the National Center for Learning Disabilities, said she hopes the report will help combat the stigma and low expectations that students with special needs often confront. Among needed corrective actions, she said, are for additional states to pass laws requiring teacher preparation programs to include instruction in special education. But a more holistic approach is needed, she said.

“We need the people in school buildings, the people making decisions about students, the people writing our laws about students — we need them to understand what students are capable of and really believe that they can achieve at high standards,” Whittaker said. “Without that belief, all of the laws in the world aren’t going to make a difference in practice.”

Disclosure: The report was funded in part by the Bill & Melinda Gates Foundation, which also provides financial support to The 74.