Police Officer Thwarts School Shooting in Illinois After Exchanging Gunfire, Injuring Attacker; At Least 41 Killed and 70 Injured at Schools in 2018 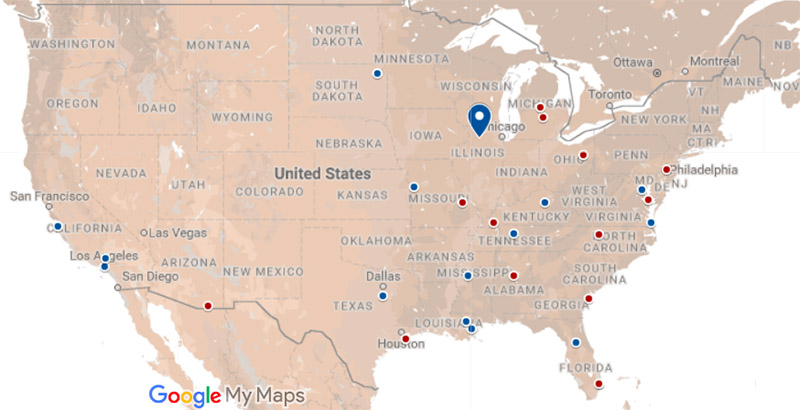 A school shooting in northern Illinois last week ended without harm to students or staff when a school resource officer shot and injured the gunman.

Seniors at Dixon High School were having a graduation rehearsal on May 16 when the suspect, identified as Matthew Milby, 19, of Dixon, opened fire shortly after 8 a.m. Mark Dallas, the school’s resource officer for five years, promptly confronted Milby and chased him out of the school and down a nearby street, according to The New York Times.

Milby — identified by most media outlets as a former student — shot a few rounds at the officer but missed, law enforcement reports stated. Dallas then shot back, hitting Milby. After being treated for non-life-threatening injuries, the suspect was taken to Lee County Jail the next day and charged with three counts of aggravated discharge of a firearm, with bond set at $2 million, the Times reported. Police said the weapon, a 9-millimeter semiautomatic rifle, belonged to Milby’s mother.

Authorities and politicians alike have praised Dallas for his bravery, hailing him as a “hero.” He was placed on administrative leave afterward, in accordance with policy.

“I could not be more proud of the police officer and the way he responded in this situation,” Dixon Police Chief Steve Howell told reporters. “Because of his heroic actions, countless lives were saved. We are forever indebted to him for his service and his bravery.”

Politicians such as Illinois governor Bruce Rauner also took to social media to express their gratitude.

Thank you, Officer Dallas and Dixon PD! Your heroism yesterday saved countless lives. Illinois is grateful for your service and courage. https://t.co/iPDsd5bBfx #twill

The May 16 shooting was one of three school shootings in an eight-day span, with a non-fatal attack on May 11 in Palmdale, California, and the massacre in Santa Fe, Texas, on May 18 that left 10 people dead. In 2018, at least 41 people have been killed and 70 have been injured due to school shootings. Learn more about each incident with our interactive map: