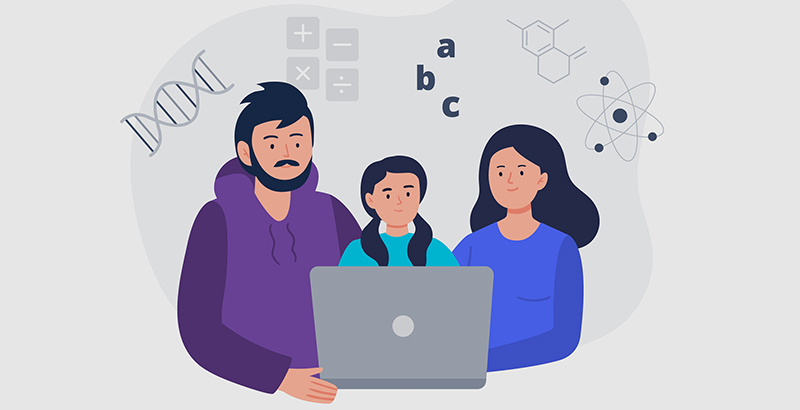 Los Angeles families are divided along racial lines and income levels over how well the Los Angeles Unified School District handled remote learning and other issues during the pandemic, a new poll shows.

The annual poll by Great Public Schools Now of 500 Los Angeles families found 43 percent of “very low income” and 27 percent of families of color did not believe the quality of remote learning was good; while just 7 percent of higher income and 27 percent of white families experienced similar problems during the 2020-21 school year.

“Many low-income and families of color feel positive about what is going on in public schools in general; but not at the same level as higher-income families and white families in the school systems,” write the authors of the report.

“One resounding finding is that ensuring all students and their families have access to the same quality experiences is still not realized,” the report concluded.

When classes went remote in the spring of 2020, many L.A. students faced challenges such as not having devices or wifi access, the poll found. Concerns were also expressed about student mental health services and educational resources, with white families often reporting better interactions with the school system.

Here are 5 key findings from the report:

2 Opinions on the quality of remote learning were also mixed

More than 80 percent of higher income, and 63 percent of white families said remote learning made things better for their children, while just 30 percent of very low income and 57 percent of families of color had that experience.

According to the survey 84 percent of families encountered internet connection issues at home. This issue transcended race and income with 25 percent of Latino families reporting “poor access to good internet” compared to 24 percent of white families; and 18 percent of Black families.

A majority of the respondents (81 percent) reported feeling listened to when it comes to school decisions, but not everyone feels heard equally. Families with higher incomes overwhelmingly felt they had more influence on school decisions than those poor families; while fewer low income families felt this way.

5 Across the board, Los Angeles families wanted a better quality of education

Looking ahead, Los Angeles families uniformly wanted more and better educational resources; with tutoring at the top of the list; followed by after school programs that offer both academic and non-academic support, and out of school time support.