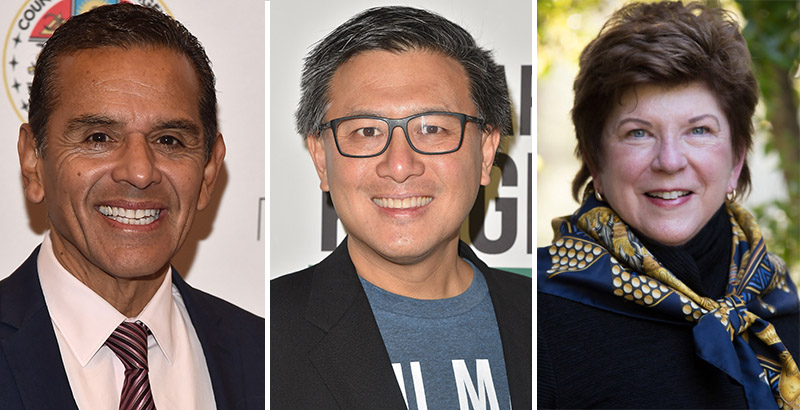 On May 15, California gubernatorial candidates including Antonio Villaraigosa, John Chiang, and Delaine Eastin will discuss the most critical issues facing the state’s 9.1 million children at a forum hosted by three Los Angeles–based nonprofit organizations in partnership with LA School Report, which is powered by The 74.

The Chronicle of Social Change, the Children’s Defense Fund–California, and The Children’s Partnership are co-hosting the nonpartisan community forum in partnership with LA School Report and The Los Angeles Daily News.

Titled “Building Our Future: A Forum on Children With California’s Gubernatorial Candidates,” the May 15 forum will be held at Los Angeles Trade Technical College from 6 to 8 p.m. and is open to the public.

The evening’s discussion will focus on educational equity, child welfare, juvenile justice, health care, poverty, and access to technology for California children and youth. It comes three weeks before voters go to the polls for the June 5 primary, which will determine the top two candidates vying for the governor’s seat in November.

In addition to Villaraigosa, Chiang, and Eastin, who have already confirmed their participation, both State Assemblyman Travis Allen and businessman John Cox have indicated they are likely to appear. Additional candidates will be confirmed closer to the 15th.

The eventual winner will replace Jerry Brown, who cannot run again due to term limits. During one of the most successful political careers in state history, Brown guided California out of a recession and promoted several reforms affecting children, youth, and families.

For the first time in years, candidates will have an opportunity to offer big-picture education solutions that aren’t tied to a funding crisis. Brown has presided over a series of spending improvements, including boosts to improve student equity and a localized funding formula.

More is needed: California continues to score poorly in an annual evaluation of school financing systems, ranking 39th among the states. Student academic performance in reading and math is also below most of the nation, according to the 2017 results on the National Assessment of Educational Progress, though California did make some gains in reading.

Early indications suggest education will be an important issue in the race. In a statewide survey released this month by the the Public Policy Institute of California, “Californians & Education,” nearly two-thirds — 64 percent — of likely-voter respondents said education was “very important” in the race for governor, an increase from 58 percent four years ago when the same question was asked. A full 90 percent said candidates’ positions on education are important to them.

Six million children under the age of 18 attend California public schools — including 600,000 in charter schools — while nearly 3 million students are enrolled in the state’s higher education system.

If you would like to attend the forum, please register HERE. There will also be a livestream available on the day of the event.