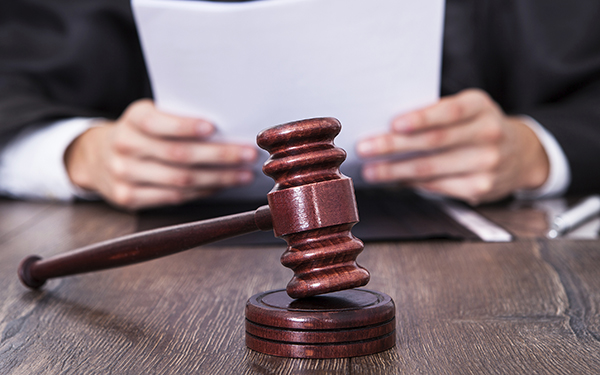 The NAACP and other civil rights organizations have filed a federal lawsuit against the U.S. Department of Education and Secretary Betsy DeVos, seeking to reverse a recent department policy that has effectively dismissed hundreds of complaints it views as an “unreasonable burden.”

The lawsuit, filed Thursday, takes aim at a revised “case processing manual” in the department’s Office for Civil Rights. The document specifies how federal investigators should respond to civil rights complaints against schools and, under a revision effective March 5, says the office will dismiss allegations that are a “continuation of a pattern of complaints” that place an “unreasonable burden” on department resources. The revisions also eliminated appeals in situations where investigators found insufficient evidence to determine whether a civil rights violation occurred.

The National Federation of the Blind, the Council of Parent Attorneys and Advocates, and the NAACP filed the complaint in the U.S. District Court for the District of Maryland. DeVos and Candice Jackson, the acting assistant secretary for civil rights, are named as defendants.

Denise Marshall, COPAA executive director, said in a statement the new policies run counter to the mission of the civil rights division and were implemented without public notice. Calling the changes “arbitrary and capricious,” Marshall said the Office for Civil Rights had abandoned its duty to investigate legitimate discrimination complaints filed by students, their parents, and their advocates.

Additionally, the suit alleges, the Education Department did not provide a legal basis to exclude repeat filers without considering the validity of their complaints.

Marshall said that while she understands the department’s desire to prevent “abuse of the system,” the policy change effectively dismisses meritorious complaints.

“What they have done in this instance is akin to using a sledgehammer to open a nut,” she said in the release. “Instead of examining the substance and taking lawful action to eliminate injustice, they have smashed the system to smithereens, rendering it useless.”

The department didn’t respond to a request for comment on Thursday, but agency spokeswoman Liz Hill previously told The 74 that three people had submitted 23 percent of complaints last year. Presumably, that includes advocate Marcie Lipsitt, who, over the course of several years, has filed thousands of civil rights complaints in a crusade to make school and university websites accessible for people with disabilities, including those who are blind or deaf or have fine motor impairments. The Michigan-based activist has dubbed the revision targeting repeat filers the “Marcie Lipsitt Rule.”

Although Lipsitt wasn’t named in the lawsuit filed Thursday, her efforts have improved website accessibility for disabled students across the country. About half of her complaints have resulted in signed resolution agreements between institutions she targeted and the Education Department’s civil rights office.

Beginning in March, the department cited the revised case processing manual to dismiss hundreds of pending civil rights investigations that stemmed from her complaints.

By closing the cases, Lipsitt argues, the Education Department has violated federal civil rights laws, including the Americans with Disabilities Act. “I have believed since day one that those revisions were unlawful, that the OCR has no leg to stand on when it comes to dismissing meritorious complaints,” she told The 74.

A Civil Rights Activist Filed Thousands of Disability Complaints. Now the Education Department Is Trying to Shut Her Down

Although Lipsitt is an outlier in terms of the sheer volume of complaints she’s filed with the Office for Civil Rights, the plaintiffs in the lawsuit argue that the revised case processing manual hinders their work since they often file complaints on behalf of students. Additionally, persistent discrimination often requires students with disabilities to file more than one complaint.

The civil rights groups request the court to declare parts of the case processing manual invalid and to bar the department from implementing them.