How Will America’s New Education Law Change Your School? 5 Experts Pick the Most Important Issue Parents Should Be Monitoring in States’ ESSA Plans 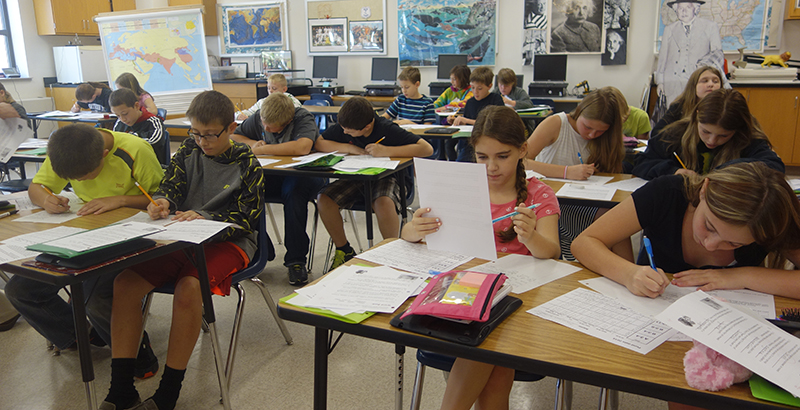 Earlier this year, the Collaborative for Student Success and Bellwether Education Partners brought together more than 30 education experts — with state and national experience, Republicans and Democrats — to independently review the first 17 state ESSA plans submitted to the U.S. Department of Education.

While the results of that review can be found at CheckStatePlans.org, peer reviewers also shared their thoughts on different aspects of state ESSA plans — topics like what they were looking for, what they wished they had seen, and what they’re hoping to see in the second round. In a new series, we’ll be sharing those thoughts as we lead up to the review of ESSA plans submitted by the 34 second-round states.

Reviewers had many different perspectives — and priorities — coming into the review. So, we asked them: Which element of the states’ ESSA plans should parents be watching most closely?

Here’s what they had to say.

1. Dale Chu, formerly of America Succeeds: How will schools create opportunities for every student?

“I look at things through three buckets: excellence, equity, and opportunity. Were states looking for opportunities to expand all three of those things? So, for example, when you think about excellence and whether or not students are performing well in one area — you could really look for that through their long-term goals that were provided by each state. When it comes to equity, certainly what the states are proposing in regard to the performance of all of their students in the state as well as specific subgroups, especially those subgroups that have traditionally been marginalized by society. And then opportunity — there’s a lot of areas, certainly around funding and then how states are proposing to use federal dollars to promote greater opportunities among students.”

2. Terry Holliday, former Kentucky commissioner of education: How will schools tie classroom achievement to broader visions of college and career?

“I was looking for states that have clearly been able to align their state vision, their long-term goals, accountability indicators, and being able to utilize the flexibility within ESSA to merge all the different title plans into an integrated system that would drive toward their vision.

“Most of the states have a vision of college and career readiness for all; they voice it in different ways, but that is the common vision. And I was looking for how the states were using the flexibility and innovative ability to align their plans and strategies across all the title areas, not just Title I.”

3. Lindsay Jones, National Center for Learning Disabilities: How will schools support their students with disabilities and engage their parents?

“Two areas of focus. How seamlessly did they involve students with disabilities? If you’re a kid with a learning disability, you’re spending your entire day almost with a generalist teacher. So, the way to ensure that your state is planning for you from the get-go is really important for your education.

“And then I was really focused on how will parents know how their schools are performing. What are they proposing for accountability metrics and how are they going to report out on those…. Parents have very little time; they need to make important decisions for their kids, and too much data can be overwhelming for them.”

4.Gerard Robinson, former Virginia secretary of education and former Florida commissioner of education: How will schools bridge the achievement gap and find a way to lift up the students struggling most?

“I didn’t have one big area of focus, but there was something I particularly wanted to make sure was addressed: how were they going to close the achievement gap and how were they going to address the students in the lowest-performing 5 percent. Those students are the ones who superintendents, teachers, others have to pay a great deal of attention to. So, I did want to see what states had to say on it.”

“The historic divisions of equity in the U.S. are race and class. Those are the ones we spend the most time thinking about as a field and for good reason. However, the demographics of the U.S. are shifting. About 22 percent of our student speak a non-English language at home. If you are not looking at equity through a language lens, in addition to race and class, then you are missing an enormous part of the population … If we don’t think about it, then we can’t really be serious about pushing for equitable opportunities for all students.”