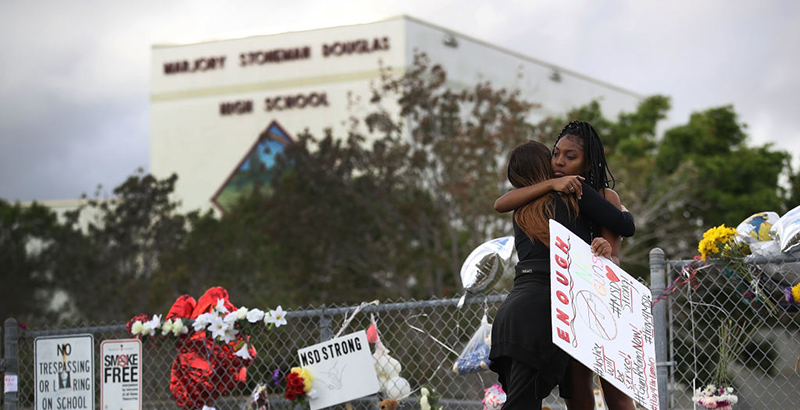 The Justice Department will pay nearly $130 million to the families of those killed or wounded in a 2018 mass school shooting in Parkland, Florida, a court settlement that one school safety expert called unprecedented.

The settlement follows an admission by the Federal Bureau of Investigation that it failed to properly investigate two tips warning federal law enforcement that a former Marjory Stoneman Douglas High School student was planning an armed attack. Just 40 days before the Valentine’s Day massacre, a female caller to the FBI tip line reported that the former student had purchased guns and she feared he was “going to slip into a school and start shooting the place up.” She told the FBI, “I know he’s going to explode.”

Another tip alerted officials to a comment on YouTube believed to be made by the suspected gunman, announcing plans to become “a professional school shooter.” Neither report was forwarded to the FBI’s South Florida office and the former student, who had  been expelled a year earlier, was never contacted.

The court settlement’s details are confidential, but a person familiar with the agreement told the Associated Press the government will pay $127.5 million to resolve a lawsuit from 40 families accusing the FBI of negligence. The tragedy resulted in the deaths of 14 students and three faculty members and left 17 others injured. The 23-year-old defendant pleaded guilty in October to 17 counts of murder and 17 counts of attempted murder. A trial scheduled for early next year will decide whether he receives the death penalty or life imprisonment.

“I cannot remember in my 30-plus years in the school safety field a time where I’ve ever seen a federal agency — in this case obviously the FBI — sued and settled, especially to this extent,” said Trump, who was hired as an expert witness by defense attorneys representing Broward County Public Schools following the Parkland shooting. He’s also worked on lawsuits following the 2012 mass school shooting in Newtown, Connecticut, and the 2017 tragedy in San Bernardino, California.

In a similar move last month, the Justice Department announced an $88 million settlement with the survivors and families of those killed during a mass shooting at a South Carolina church in 2015. That lawsuit accused the FBI of failing to prevent the shooter — a self-proclaimed white supremacist who hoped to start a “race war” — from purchasing a gun to carry out the attack.

Speaking about school safety litigation, Trump told The 74, “It could be potentially unprecedented to see the FBI actually settle a case like that, which means it has to be clear internally that some significant balls were dropped to the point where they determined it’s not winnable. I’m sure that most federal agencies don’t want to set a precedent that they’re going to easily settle lawsuits unless there’s really something there.”

Kristina Infante, an attorney representing the Parkland families, said in a statement that her clients had devoted their lives “to making the world a safer place” despite having suffered “immeasurable grief.”

“Although no resolution could ever restore what the Parkland families lost, this settlement marks an important step toward justice,” Infante said.

Andrew Pollack whose 18-year-old daughter Meadow was killed in the shooting, commended the FBI for accepting wrongdoing and said that other agencies, including the local school district and sheriff’s office, have failed to acknowledge their mistakes.

“The FBI has made changes to make sure this never happens again,” he told the Associated Press.

Trump said that financial settlements following the Parkland shooting should serve as a wake-up call to districts across the country. Similar to the litigation against the FBI, campus safety lawsuits against school districts generally center on alleged failures by people or lapses in procedures and training. Such litigation doesn’t typically focus on faults in the districts’ physical campus security systems, he said. It’s important, he said, for school officials to compare their written policies against their real-world responses.

“So many times there are gaps between policy and practice,” Trump said. “And when you have those gaps, those gaps create a greater safety risk and, in turn, a greater liability risk.”