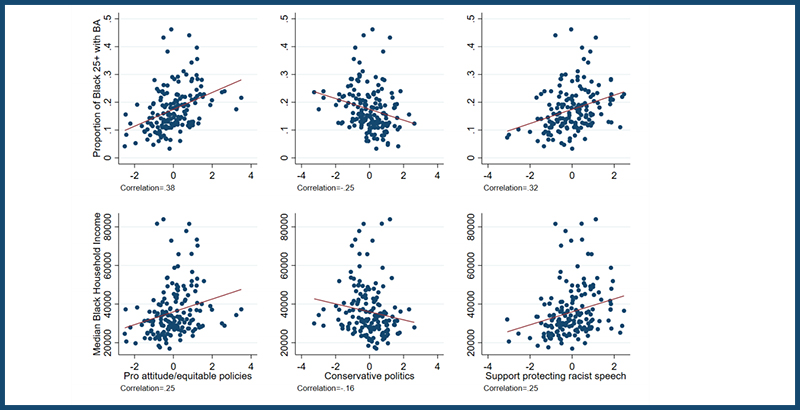 School integration, long part of the unfinished business of the civil rights movement, has been the subject of revived interest for several years. Parents, advocates, and the media all warn of a gradual resegregation of K-12 students, and district leaders have implemented radical plans to assemble racially and socioeconomically mixed classrooms.

But new evidence casts doubt on one of the most ambitious promises underlying Brown v. Board of Education and the decades of work that followed: that America’s prejudices might be alleviated through the mingling of children from diverse backgrounds. In a study of racial and political attitudes between the 1990s and 2010s, one scholar has found that exposure to desegregated schools led white people to view African Americans more negatively and decreased their willingness to support policies like affirmative action.

The study, released in November as a working paper through Brown University’s Annenberg Institute for School Reform, was authored by Mark Chin, a doctoral student at Harvard. Examining multiple strands of data, Chin found that the unintended consequences of integration were especially evident in areas where resistance to it was strongest, such as the South. 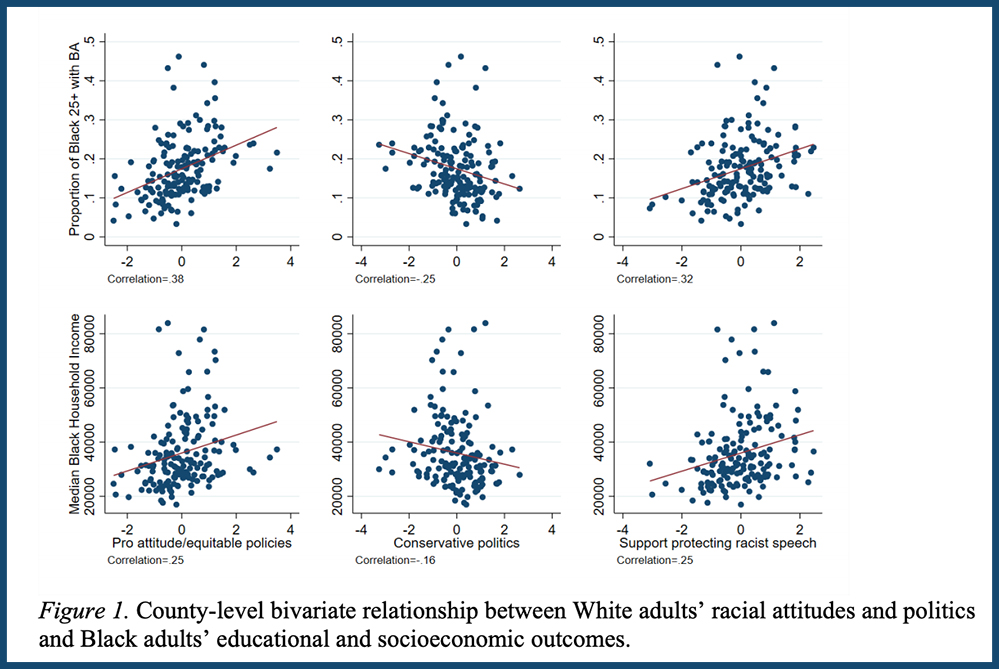 In an interview with The 74, Chin said his research shows that whatever the benefits of mixed schools — a wealth of research suggests that Black students perform better academically when they learn alongside children of other races, while white students perform no worse than they would otherwise — we cannot assume that they will improve race relations or produce more liberal-minded adults.

“We have a pretty good sense of [the ways in which] desegregation improved outcomes for Black youth, and a lot of them don’t necessarily require that schools integrate,” he said in an interview. “So if we’re going to go down the path toward integration, which is very controversial policy-wise, we should also know what the positive or negative spillover effects are.”

WATCH — 74 Explains: How School Integration Made Racism Worse Among Whites

At issue is our understanding of the “contact hypothesis,” one of the landmark ideas of 20th-century social science. Chiefly promulgated by the psychologist Gordon Allport, the theory held that relations between distinct groups could be eased through interpersonal contact under suitable conditions.

The hypothesis gained steam after the integration of the U.S. armed forces, and Allport’s highly influential book on the subject, The Nature of Prejudice, was published the same year that the Supreme Court considered Brown v. Board. But more than a half-century of investigation has found little in the way of causal evidence demonstrating its effects vis-a-vis race. A 2018 meta-analysis conducted by Princeton professor Betsy Levy Paluck addressed only a handful of randomized experiments that specifically focused on school environments, and found that different forms of prejudice were mitigated to dramatically different degrees.

Chin sought to address gaps in the research by looking at how the racial integration of schools affected white people later in life. To do so, he used responses to the General Social Survey, a long-running sociological survey collected since 1972 by the University of Chicago’s National Opinion Research Center. The GSS poses a number of questions pertaining to race and politics, asking participants to define their partisan allegiance, rate their openness to more spending to benefit African Americans, and characterize members of different racial groups with respect to qualities like intelligence and laziness. Chin compiled the various testing items into composite scores for each respondent.

Chin’s sample included nearly 11,000 white participants across 159 counties that came under court-ordered desegregation mandates between the 1950s and 1980s; the differing timelines for each such order allowed Chin to track if and when racial attitudes had changed in response to the process of school desegregation. In particular, he differentiated between respondents who were plausibly school-aged (i.e., 17 and younger) when their school district first came under its desegregation mandate and those who were somewhat older.

Strikingly, whites who were exposed to desegregated schools were more negative in their appraisals of African Americans and social programs, and less likely to describe themselves as politically liberal as adults. The trend was especially pronounced in areas where the drive to desegregate met with greater obstinance, Chin found. That included Southern counties that integrated following the passage of the 1964 Civil Rights Act, which applied stiff legal penalties against school districts that attempted to stall the process; it was also true in counties that saw declining support for Democratic presidential candidates between the years 1960 and 1968, when the party prominently associated itself with the civil rights movement.

In Chin’s view, those findings actually support part of the “contact hypothesis.” In his writings, Allport made clear that he did not believe that contact between different groups would yield friendlier relations on its own. The interactions would have to be conducted within a specific context, he believed, with both groups pursuing similar goals on equivalent footing and with the unequivocal support of political and social institutions. When those conditions were not met — witness acts of “massive resistance” in Southern states, or the riots in response to school busing in northern cities like Boston — contact could actually make matters worse, Allport stipulated.

“There was a lot of pushback and a lot of controversy around different busing or integration policies,” Chin observed. “That supported Allport’s theory that when there’s limited external support for inter-group contact, you can see worse attitudes. That’s what I think explains the findings here.”

Importantly, some qualitative research has indicated that undergoing the process of integration led to positive results for students of all racial extractions. When researchers at Columbia University’s Teachers College interviewed graduates from six desegregated high schools, participants said they greatly valued the experience as an early and worthwhile encounter with members of communities different from their own. Still, most of them — especially whites — described themselves as living in much more homogenous communities as adults and said that their own children didn’t attend racially diverse schools.

The study doesn’t necessarily argue against contemporary efforts to break down racial divisions in K-12 schooling, or even against the idea that school integration per se might lead to less racism among white students who participate in it. But the mid-century campaign of desegregation was the among the most ambitious and effective engines of diversification that has ever been attempted, Chin observed — and one of its most hoped-for effects does not seem to have materialized.

“I’m not convinced that integration always doesn’t work. In my theory of a transformed society, we would all be in more integrated spaces. But there’s a link missing because it’s so hard to get spaces to integrate….We need to improve people’s racial attitudes and behaviors and empathy toward others. But [school integration] is what I thought would have done that.”