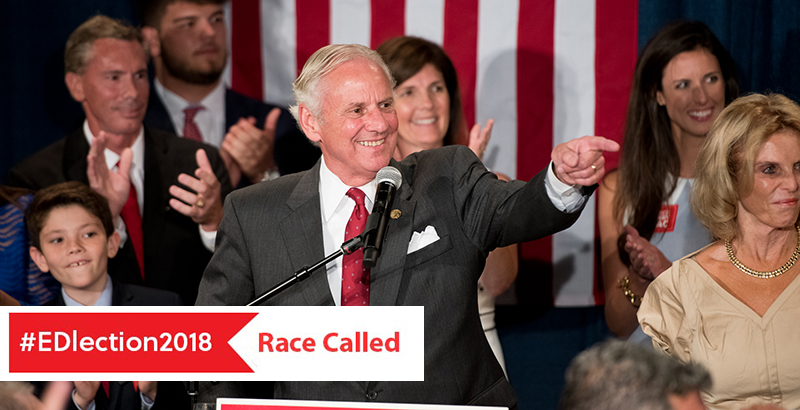 McMaster led Democratic challenger James Smith 57 percent to 44 percent with 54 percent of precincts reporting. McMaster, the state’s lieutenant governor, moved into the top job just last year, when Nikki Haley resigned from the post to become the U.S. ambassador to the United Nations.

Among McMaster’s campaign priorities was a call to place a police officer inside every school, with the governor noting on his campaign website that “teachers cannot teach and students cannot learn when distracted or threatened.”

Earlier this year, the state budget included an additional $2 million for school resource officers, as school-based police are often called. That money funded additional officers in 38 school districts and, although the state education department plans to place police in all schools by 2020, more than 300 schools still do not have them. Even before the Parkland shooting, McMaster asked the legislature for $5 million to expand police presence in schools.

A South Carolina school resource officer made national news in 2015 when a video surfaced showing him yanking a black student from her desk and dragging her across the classroom because she refused to hand over her cellphone. The officer was fired but didn’t face criminal charges.

Beyond school safety, McMaster is a school choice proponent and has called for a charter school expansion in the state. He also aims to bolster transportation options to better facilitate school choice.