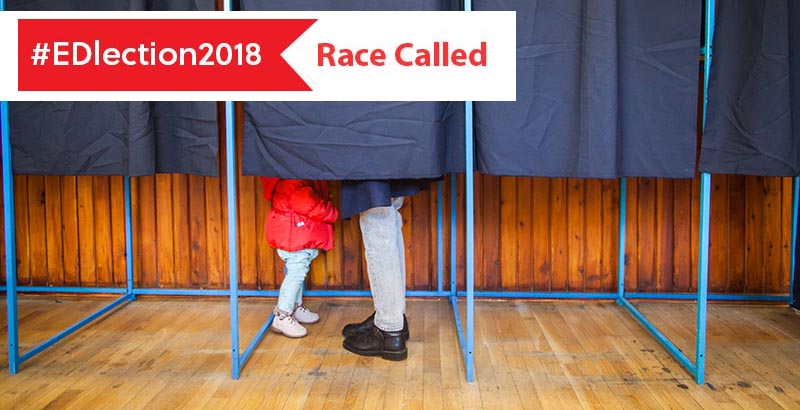 After a close call on Election Night, Democrat Ned Lamont has been elected governor of Connecticut, the Hartford Courant has reported. Republican nominee Bob Stefanowski conceded the race on Wednesday morning, surrendering the GOP’s best opportunity to pick up a governor’s seat this cycle.

Political observers had predicted a close race dictated by competing headwinds: the Northeast’s backlash against President Trump is felt strongly in Connecticut, limiting Stefanowski’s ceiling of support, but the unpopularity of incumbent Gov. Dan Malloy has also hurt Democrats chances.

The governor has seen his approval ratings drop as he has attempted to grapple with Connecticut’s tough financial situation. Skyrocketing retirement costs for public employees — most prominently public school teachers — have the state’s accountants worried, even as businesses have have been leaving the state for Boston and New York. Malloy’s nostrum of tax hikes mixed with reductions in municipal aid have proven a bitter remedy.

With Both Parties Vying for Complete Control of Connecticut’s Statehouse and Governor’s Mansion, the Midterms Could Shape State’s Education Priorities for Years

In the midst of fiscal worries, Connecticut schools are something of a bright spot, providing some of the highest student achievement of any state. But achievement gaps between rich and poor students are also some of the widest in the country, and the state’s school funding distribution has attracted a host of legal challenges as critics charge that it systematically underfunds needy districts.

Stefanowski’s signature campaign item was to slash taxes, including a gradual elimination of both estate and income taxes. Such a move would greatly reduce the available pot of money for both pension payments and school funding, Lamont argued. He proposed instead to fully fund the state’s Education Cost Sharing fund, allowing schools to hire more social workers, teachers, and counselors.

Those kinds of ambitious moves will be challenging given their cost, according to Ronald Schurin, a political science professor at the University of Connecticut.

“Governor-elect Lamont’s challenge won’t be philosophy but arithmetic,” he told The 74 in an email. “ Like his predecessor, he will try to meet the needs of constituencies across the state — including school districts and public colleges — without major tax increases. It will be a daunting task.”

The new governor will have reinforcements coming — after years of seeing its majorities dwindle in both chambers of the state legislature, his party made big gains Tuesday. An 18-18 tie in the state Senate flipped to solid blue control, with Democrats winning at least 23 seats. They could grab as many as 12 seats in the House, giving them a comfortable 92-59 majority.

Still, Lamont’s narrow margin of victory made this the third consecutive Connecticut governor’s race decided by just a few percentage points. In a state this blue, that means that many Democrats harked to Stefanowski’s tax-cutting message — likely indicating voter fatigue with the pace of retrenchment in what has always been one of the richest areas in the country. The governor-elect struck a conciliatory note in his victory speech, promising to work with those who had opposed his candidacy.

“I’m reaching out to the folks that supported [Stefanowski],” he said. “I’ve got to bring people together to … make the decisions we need to get this state growing again.