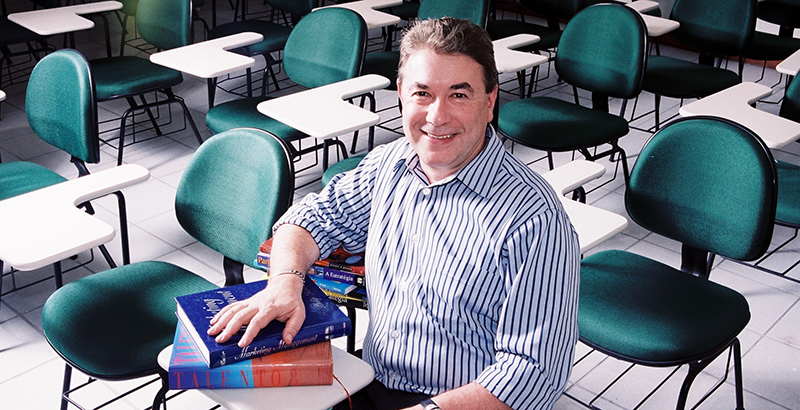 Jorge Klor de Alva has taught at an elite private institution (Princeton University) and a public one (the University of California, Berkeley), and he’s served as president of a large for-profit (University of Phoenix). Yet in his latest study as the head of the Nexus Research and Policy Center, Klor de Alva takes his ongoing focus on social mobility and applies it to an entirely different part of the higher education landscape: comprehensive universities, a group of schools that maintain a low profile while enrolling 70 percent of students who are pursuing bachelor’s degrees at public universities.

His study, Is the University Next Door the Way to Upward Mobility?, published earlier this month by the American Enterprise Institute, is a burst of good news: More than half of the low-income students enrolled at the 307 comprehensive universities examined reached the two highest income quintiles by their early 30s. But when Klor de Alva dug deeper into data made available through the Equality of Opportunity Project, an initiative by lauded Harvard economist Raj Chetty, he found dramatic variations in upward mobility even among comprehensive universities.

Here are five takeaways from the study:

The Citadel Military College of South Carolina and the University of Arkansas at Pine Bluff are both comprehensive universities in the southeastern part of the United States. Both have around 3,000 undergraduate students and acceptance rates (75%-85%) that fit into the “competitive” category, according to Barron’s Profiles of American Colleges.

“In some sense,” Klor de Alva said in an interview with The 74, “this whole paper is really about similarly situated, similarly selective, similarly funded institutions, and the difference between the top 10 and the bottom 10 is gigantic.”

What separates the schools that drive upward mobility for low-income students from the schools where they stagnate? Graduation rates.

While that finding might not register as breaking news, context matters, Klor de Alva said. Many students only have the resources to attend the college closest to them, not the college that may have the highest graduation rate or be the best fit, so it’s incumbent upon comprehensive universities to do right by their students, he said.

“At the end of the day, they should all be addressing retention, progression and completion,” Klor de Alva said. “If they’re not focused solidly on that, they’re not really serving the students.”

In a potentially related finding, Klor de Alva found that the schools most effective at promoting upward mobility have the lowest percentages of black students and the highest percentages of Latino students enrolled. Klor de Alva suggested this finding may be partly explained by the fact that many historically black colleges and universities are located in regions (like the Southeast) with low levels of mobility more broadly, so even if the colleges are retaining and progressing students, there are limited economic opportunities for their graduates.

Echoing earlier Equality of Opportunity Project findings, he wrote, “This may also be influenced by the fact that black families earn and accumulate wealth at far lower rates than whites do and that 25- to 34-year-old African Americans with a bachelor’s degree earn 15 percent less and experience an unemployment rate two-thirds higher than their typical nonblack peers.”

4 Funding and acceptance rates aren’t the end all, be all.

When it comes to a school’s cachet, funding and acceptance rates attract a lot of attention. “Many Top Colleges Report Record-Low Acceptance Rates,” read a Wall Street Journal headline last month; the story went on to report that Harvard University, for instance, accepted just 4.5% of its applicants.

But Klor de Alva found that, at least when it came to promoting mobility among low-income students, these factors are relatively insignificant. As in the Citadel-Pine Bluff example, similarly competitive schools can have dramatically different outcomes. So can similarly funded schools.

(It’s worth noting here that Klor de Alva left out the smallest colleges from his sample, saying that some of them “receive so much funding per student that they skew the statistics, but those students tend to be poor in terms of mobility.”)

“There really are things that good management can do because similarly situated schools perform with such huge variation,” he said.“Clearly, we have an issue here in management.”

As one way to improve management, Klor de Alva noted that Congress is currently considering an overhaul of the Higher Education Act, which he said provides an opportunity to shift the incentive structure for colleges. If the federal government tied the subsidies it provides to colleges to their graduation rates, for example, college administrators would be more motivated to support their students all the way to graduation.

“I think that there’s a profound responsibility on behalf of the students and their families, as there is on the schools, to get the kid to the finish line,” Klor de Alva said. “Everyone has to really be focused on doing so.”

A Year Ago, 90% of San Antonio’s 4-Year-Olds Were Enrolled in School: Now, an Ambitious Early Ed Program is Crumbling