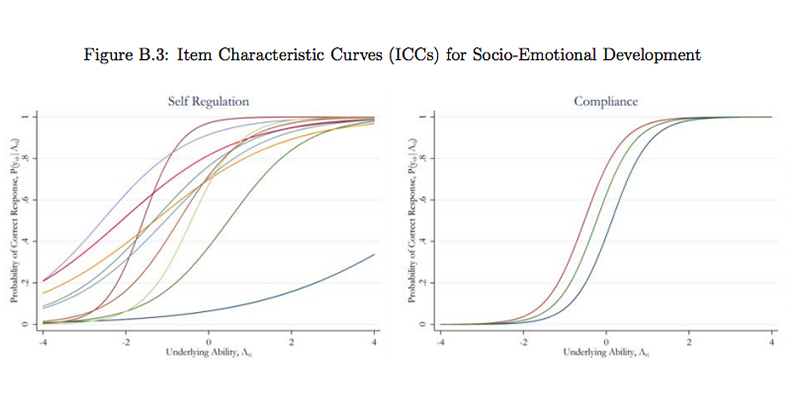 The cause of early childhood care and education has found some energetic champions in the past few years.

Federal programs subsidizing child care for low-income families and early nurse visits to vulnerable homes received a huge infusion of money last year. Most Democratic presidential candidates support the idea of providing preschool at no or low cost to any household that wants it, even proposing significant new sources of revenue to offset the expense. At the state level as well, a slate of freshly elected governors have endorsed significant expansions of publicly funded preschool.

Experts have cheered the new emphasis on early childhood, citing heaps of research on the benefits to educational and developmental supports for young learners. Multiple studies have indicated that high-quality preschool programs can yield as much as $7.30 in returns for every dollar invested, mostly by reducing future government spending on public assistance, health care and the criminal justice system.

According to new research, however, not all approaches to early childhood education are created equal. A study of Colombian preschool programs found that a huge expansion in spending on preschools directed toward low-income families did not produce the learning gains that its architects had hoped for, and may have even backfired. When the new money was accompanied by intensive pedagogical training for teachers, however, young students saw marked cognitive improvements. When it comes to funding preschool, it seems, spending money the wrong way may be worse than not spending at all.

The study, released as a working paper by the National Bureau of Economic Research, followed the rollout of a large-scale preschool funding boost in Colombia, where national preschool enrollment rates have risen precipitously, from 13 percent in 1990 to 84 percent in 2015. The programs in question are known as Hogares Infantiles (“children’s homes”), which are partially government-subsidized and serve children from low-income homes where the primary caretakers work. Just over 1,000 such programs across Colombia enrolled an average of 125,000 children ages 5 and younger over the past decade, with each teacher responsible for about 30 children.

Nationwide, the programs were given roughly $300 extra per child, funds that were earmarked for hiring new personnel (teaching assistants as well as specialists in nutrition and child development) and spending on toys, books and other learning materials. The new funding represented a significant expansion — a boost of 30 percent per child — and, on average, a little more than two-thirds of the money went to new hires.

That spending represents an investment in what experts call “structural quality” — the ambient, environmental factors like physical infrastructure and staff resources that contribute to a school setting. It’s distinct from what is known as “process quality,” or the character of teaching practices and student-teacher interactions that more directly influence how kids learn.

To test the policy’s effect, the research team followed a sample of 120 programs evenly divided into three categories: one that received the standard amount of new funding; a control group that received no funding increase; and a third group in which the new resources were accompanied by a round of lengthy professional training.

Teachers in the third group spent about one year receiving tutorials on nutrition, early literacy, the use of art and music as pedagogical tools, mathematical concepts and child development (including brain development). The training included videoconferencing, remote tutoring and on-site coaching. Of 117 teachers selected for the program, 99 (87 percent) completed it.

Psychologists then studied the cognitive and social-emotional development of children enrolled in the programs, all 18 to 36 months old at the beginning of the observation period. Using a range of assessments, they analyzed the participants’ cognition, expressive language, readiness for school and executive function. The researchers also administered surveys to the children’s mothers to discover how they had progressed in a variety of social-emotional areas, such as self-regulation, autonomy and interaction with other people.

The results were somewhat surprising: Children in programs that were provided only with additional funds saw no improvements to their cognitive and social-emotional development. In fact, those children were somewhat worse off than those in programs that received no new support, with pre-literacy skills (expressive language, rhyming and memory for words) seeing the largest decline. In Hogares Infantiles where teachers also received training on implementation, however, students realized statistically significant gains in cognition and pre-literacy. Notably, those gains were strongest for children from the poorest families, who had the most ground to make up.

Seeking to explain why schools that were given greater resources made no (or even negative) improvements, the co-authors posit that some important parts of the school day were increasingly being led by newly hired teaching assistants, while teachers themselves became less involved. Self-reporting from teachers in those schools shows that they were implementing fewer activities geared toward both learning and development (such as storytime, singing and teaching skills) and personal care (naps, snacks, washing hands and changing diapers).

Alison Andrew, a senior research economist at London’s Institute for Fiscal Studies and one of the paper’s co-authors, said in an interview that without the benefit of specialized pedagogical training, preschool teachers might be inclined to delegate important classroom functions to teaching assistants.

“It’s almost like [relying on] these new teaching assistants — without additional training on just how important high-quality interactions are — is what produces negative effects. But if they’re given in conjunction with training, those effects don’t happen,” she said. “What’s interesting is that, when teachers have additional training that really stresses how important teacher-student interactions are, it completely overcomes the negative effect that you get from the government program alone,” she said.

Though Colombia’s economic and political outlook are distinct from those of Andrew’s native Britain, she said that the results of the study may hold lessons for American and European educators on how to prioritize early childhood investments. Better toys and more support staff may not improve preschool students’ development — and, in fact, might retard it — in the absence of comprehensive guidance for practitioners, she said.

“This is quite tentative, but it is the case in both the U.K. and the U.S. that these structural quality measures that comprise the way the government regulates and pays for preschool are actually not very correlated with child outcomes. It doesn’t seem obvious that by focusing on things like student-teacher ratios and physical environment alone, that the government is targeting the right thing.”