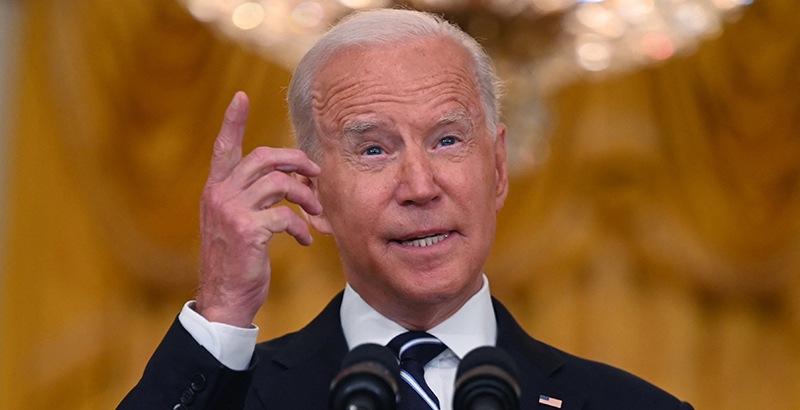 “Some politicians are trying to turn public safety measures — [such] as children wearing masks in school and the political disputes — for their own political gain,” he said in comments at the White House. “Some are even trying to take power away from local educators. The intimidation and threats we’re seeing across the country are wrong.”

Cardona elaborated on an administration memo in a blog post Wednesday, saying: “the Department may initiate a directed investigation if facts indicate a potential violation of the rights of students as a result of state policies and actions.”

He noted that the department’s Office for Civil Rights investigates allegations of discrimination against students and the Office of Special Education Programs monitors whether students with disabilities are receiving a free and appropriate public education.

In a Wednesday interview with the New York Times, Cardona further expanded on the department’s rationale. “The fact that they’re not adjusting based on the illness, and the outcry from medical experts, is astonishing,” he said. “But we cannot sit around. We have to do everything in our power, including civil rights investigations and even referring matters to the Department of Justice for enforcement if necessary.”

Biden’s memo to the department references Centers for Disease Control and Prevention guidance regarding children under 12 not eligible for vaccines, saying the agency “has provided clear guidance to schools on how to adopt science-based strategies to prevent the spread of COVID-19.”

While he doesn’t mention specific states, U.S. Secretary of Education Miguel Cardona has essentially been in a standoff with Florida Gov. Ron DeSantis and Texas Gov. Abbott, who both refuse to back down from their stance on masks.

But some districts continue to defy governors’ orders and are instituting mandates anyway. The Florida State Board of Education earlier this week said it will take legal steps against two counties with mask mandates in place. And the Miami-Dade County school board was discussing Wednesday whether to implement a mandate. Superintendent Alberto Carvalho has already said he’s in favor of it, despite any retaliation from the state.