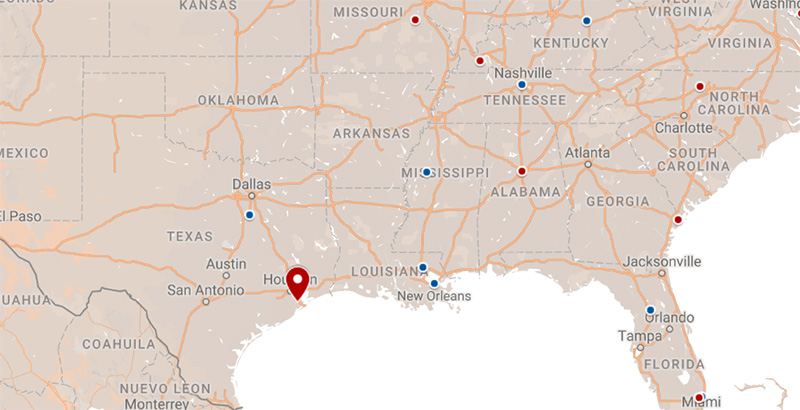 Friday’s shooting took the lives of 10 people — 8 students and two teachers. At least 13 people were injured, including 2 law enforcement officers.

Police identified the suspect as 17-year old Dimitrios Pagourtzis, an honor-roll student and former football player. They released no motive for the attack, but said Pagourtzis confessed to the rampage and spared students he liked so that “he could have his story told.” The family of Shana Fisher, a 16-year old student who was among those killed Friday, told the Los Angeles Times that they believe their daughter was targeted because she repeatedly rejected the gunman’s attempts to date her.

The gunman surrendered, apparently abandoning a plan to kill himself, about a half hour after entering an art classroom armed with a .38 caliber and Remington shotgun, said Galveston County Judge Mark Henry. While Pagourtzis faces charges of capital murder and aggravated assault on a peace officer, he cannot face the death penalty.

At least eight people were killed Friday morning after a gunman opened fire at a high school near Galveston, Texas, according to local law enforcement. Early reports noted an unconfirmed number of additional people injured, including a school resource officer.

Students were just starting their day at Santa Fe High School when gunfire erupted at about 7:45 a.m. in an art classroom, according to witness reports. The school went on lockdown at about 8 a.m., and the alleged shooter was arrested and taken into custody after Santa Fe Police and the Galveston County Sheriff’s Office responded to the scene.

The casualties were mostly students, Harris County Sheriff Ed Gonzalez told the press on Friday. The high school has roughly 1,500 students, according to GreatSchools.org.

Although the alleged shooter’s identity is unknown, Mark Henry, a Galveston County judge, told The New York Times that the shooter is believed to be a student. He added that authorities have detained a second person of interest.

Gonzalez confirmed on Twitter Friday morning that the situation had been contained.

On the scene now. No longer an active situation. Personnel treating the injured. Info is still preliminary, but there are multiple casualties. @HCSOTexas is on the scene with other law enforcement assisting in the search of the school.

In the aftermath of the shooting, at least 12 people were transported to local hospitals: Seven people are at Clear Lake Regional Medical in Webster, Texas; two are at Mainland Medical Center in Texas City; and three patients are at John Sealy University of Texas Medical Branch in Galveston, according to CNN.

Friday’s shooting is the deadliest shooting on school grounds since the massacre in Parkland, Florida, on February 14 that left 17 people dead. It is also the third school shooting in the past eight days, following an attack in Illinois on Wednesday and one in Palmdale, California, on May 11. Neither resulted in fatalities.

Prior to Friday’s attack, there had been at least 31 fatalities and 57 injuries from school shootings reported in 2018.

President Donald Trump gave a video statement this morning denouncing the shooting and asking “all levels of government” to “do everything in our power to protect our students, secure our schools, and keep weapons out of the hands of those who pose a threat to themselves and to others.”

JUST IN: Pres. Trump on deadly Texas school shooting: "This has been going on too long in our country… we're with you in this tragic hour, and we will be with your forever." https://t.co/NjpKzCWhQV pic.twitter.com/StUGqAcie1

Politicians in the education realm also expressed condolences. Secretary of Education Betsy DeVos released a written statement on Twitter that offered “prayers” and assured that the Federal Commission on School Safety is “working to identify proven ways to prevent violence and keep our students safe.”

My heart is broken and my prayers are with the students, parents, faculty and first responders at Santa Fe High School. The work of the Federal Commission on School Safety remains urgent. This trend cannot continue. Our nation must come together to keep our students safe. pic.twitter.com/s5u4tcgtDP

Reaching out to our members there.. right now…. grateful to first responders…… and praying for those in the school…. but it’s well passed time to take on #gun violence https://t.co/ZYLzhtkGR1