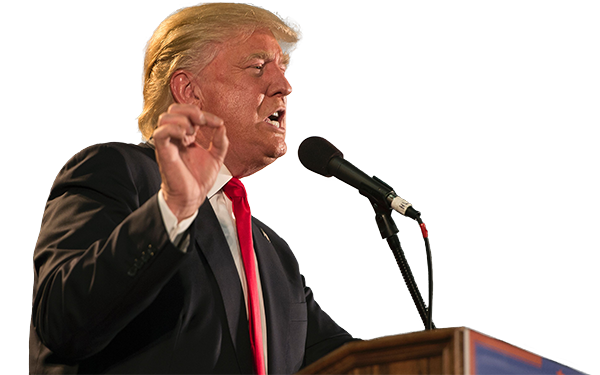 The deception at the heart of Donald Trump’s now-discredited real estate seminars is evident in documents from a federal class-action lawsuit filed by ripped-off students — people who learned too late that the real estate mogul had no magic formula to help them get rich. According to court documents, even some former employees dubbed the for-profit Trump University a fraud fueled by high-pressure sales tactics. (The release of documents has so infuriated Trump that he has launched racist attacks on the judge overseeing the case, U.S. District Court Judge Gonzalo Curiel. Those broadsides have left many establishment Republicans reeling and trying to distance themselves from Trump’s tirade)
Trump long promised that the “University” courses would reveal his secrets for becoming staggeringly wealthy through real estate. If you paid enough money and took enough of the “classes,” you, too, could learn the fine art of deal-making that launched hotels, casinos and even name-brand steaks.
It was nonsense, of course — snake oil sold to Americans already, in many cases, financially pressed. As New York Attorney General Eric Schneiderman has put it, Trump University was “just a scam,” a fraudulent undertaking that bilked thousands of people out of millions of dollars.
But even that characterization doesn’t get to the fundamental lie at the foundation of the enterprise: Donald Trump is not a self-made man. He didn’t get rich by dent of his own hard work and ingenuity alone; he was born into wealth. 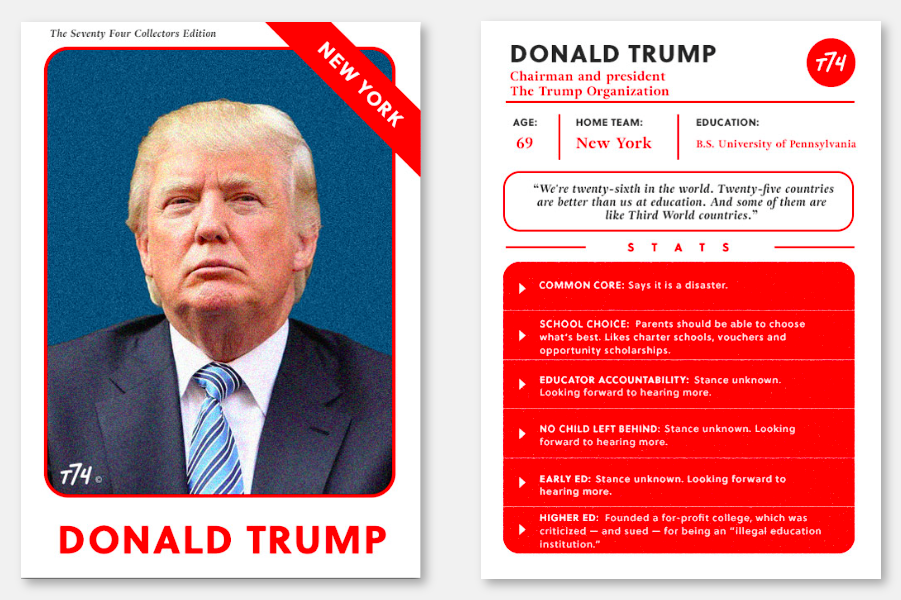 Trump’s father, Fred, founded a construction company in 1920; when he died, his fortune was estimated at between $250-$300 million, according to The New York Times. His son Donald was named president of the company in 1974. In the mid-1970s, Fred Trump lent Donald money to help him start in the real estate business. There’s no doubt the Republican presidential nominee worked hard to build a successful development company, but he started with his father’s money, knowledge, influence and connections.
Most Americans won’t get that sort of head start. They’ll need not only hard work, resourcefulness and grit to get ahead, but they’ll also need a first-rate public education. That’s the magic formula Trump doesn’t divulge. Indeed, Trump has had precious little to say about education except to denounce the Common Core, which, like most domestic policies, he doesn’t seem to understand.
The best guide to Trump’s actual views on education may come from scrutiny of Trump University, which he seems to have modeled after a sleazy scam advertised on late-night TV in the early aughts, the National Grants Conferences, in which Mike and Irene Milin talked about millions of dollars in government money allegedly free for the taking.
They advertised paid real estate seminars, too.
Trump brought his own flamboyant take to the scam, eventually giving his seminars the prestigious-sounding name “Trump University” and insisting, falsely, that its employees, many of whom lacked education credentials or real estate experience, were “professors” hand-picked by Trump himself. According to Steven Brill, who wrote about the seminars for Time, Trump invested in marketing materials that made the courses sound as if they were classes at an elite university; promotional materials, for example, mentioned an “admissions department.”
But the most revealing document is a handbook which instructs the “professors” on how to twist the arms of financially beleaguered students to get them to pay for more and more of Trump’s worthless classes: “This sales process is based on managing the emotions of the client by focusing on the psychology of the sale,” the booklet says, before going on to tell the sales staff how to gain students’ trust and garner details about their personal finances.
Give Trump credit for this much: He understands the American psyche well enough to know the high regard in which we hold education and its ability to pave the way to economic security.
So he took that and applied P.T. Barnum’s theories of salesmanship, holding himself up as model of accomplishment without acknowledging that he got a boost from birth. He didn’t even bother to find instructors who might have known the subject they were supposed to be teaching.
Clearly, Trump has little genuine respect for education or for the “students” he treated to a very costly lesson.
(More at The 74: Trump’s education legacy? Teacher survey reveals Trump-related anxiety rising in students)
Submit a Letter to the Editor
June 8, 2016