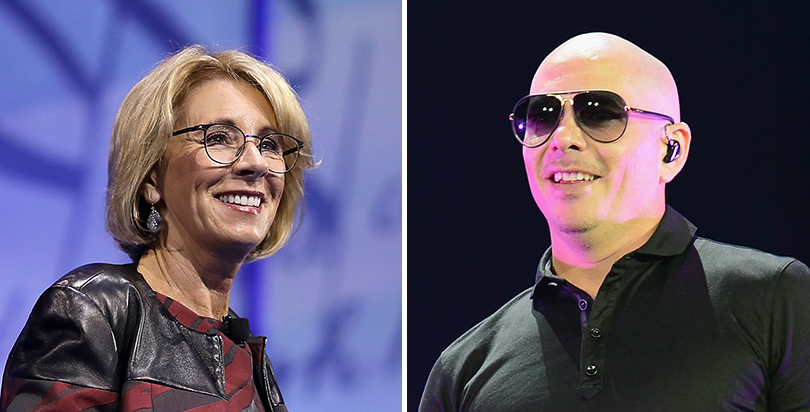 Pitbull, a rapper known by the nickname Mr. Worldwide, is becoming more and more well-known as Mr. Education. And today that moniker got some added juice following his meeting with U.S. Secretary of Education Betsy DeVos this afternoon at the Sports Leadership and Management Academy (SLAM).

Mr. 305 alongside @BetsyDeVos visiting SLAM public charter school. @pitbull opened this school in the neighborhood where he grew up @wsvn pic.twitter.com/ntQZbJsvrm

The Miami native, who has made a name for himself rapping about his South Beach exploits, talked to students at the public charter school, which he founded in 2013 in Miami’s Little Havana neighborhood.

.@pitbull and @BetsyDeVosED tell students at SLAM! they are trailblazers pic.twitter.com/BYifWk26A2

The stop was just one in DeVos’s busy schedule in South Florida, following a visit to CARE (Christian Academy for Reaching Excellence) Elementary School in Miami’s Overtown neighborhood.

Every kid deserves a great education & schools like CARE Elem. in Miami are making that possible for kids who may have otherwise struggled. pic.twitter.com/xXLSVtS84P

She also stopped at Florida International University’s Nicole Wertheim College of Nursing and Health Sciences, where she met with students and faculty from the school.

Miami Superintendent Alberto M. Carvalho‏ even found some time to talk to the secretary about issues affecting his students.

These aren’t the first charter schools DeVos has visited; she made a surprise trip to the all-girls Excel Academy Public Charter School in Washington, D.C., on Wednesday with First Lady Melania Trump and Queen Rania Al-Abdullah of Jordan. 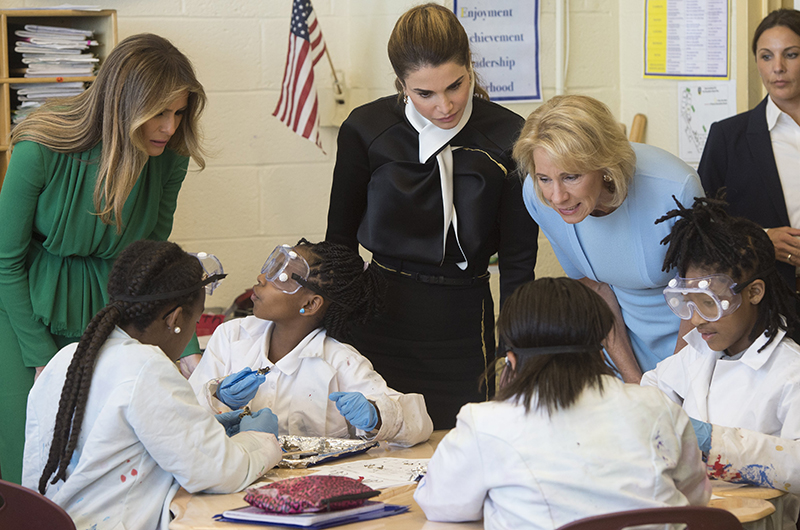 Photo: Getty Images
Submit a Letter to the Editor
April 6, 2017