With Greater Power Under ESSA, State Education Officials Commit to an Era of Greater Responsibility 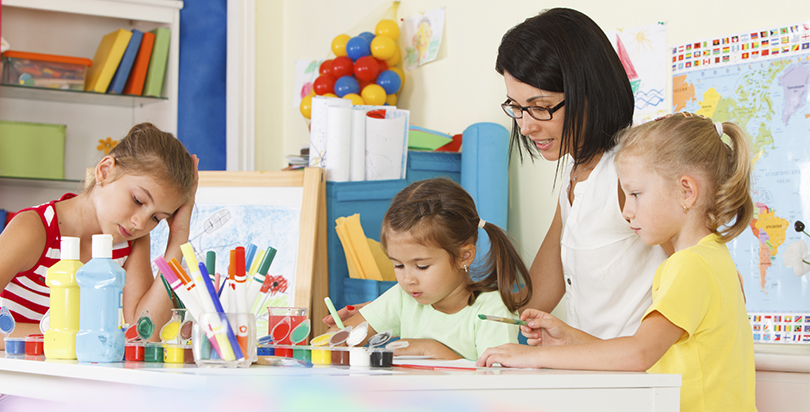 The adoption of the Every Student Succeeds Act triggered a new era in the country’s education policy, one in which states, instead of the federal government, will be primarily responsible for school oversight for the first time in nearly 15 years.
Implementation will not only depend on guidance documents the U.S. Education Department releases in the coming months but also will vary wildly across the country. Despite state education leaders pledging to stay the course, not everyone is convinced they will continue the strict accountability measures required under No Child Left Behind.
There’s a particular fear that states that haven’t seen gains under federal oversight or those without strong education reform advocacy groups will put accountability aside, to the detriment of their most vulnerable students.
Chad Aldeman, an associate partner at Bellwether Education Partners,  predicted overall that states that “have historically done a good job with education policy,” places like Massachusetts or Florida under then-Gov. Jeb Bush, will continue to do so. States that haven’t made gains even under the federally mandated reforms, like West Virginia or Iowa, or those without strong reform groups, are less likely to continue the work, he predicted.
The new law will still require states to test children annually in math and reading in grades three through eight and report those results.  States will have to report students’ results based on race, income, English language learner status, participation in special education and other factors. Those test scores will continue to play a role in school accountability systems, but states can choose how much weight to give the scores and which other non-academic measures, like school climate and safety or participation in advanced coursework,  will be used.
The new law also gives states the authority to decide how to intervene in schools that aren’t succeeding.
“In many ways it represents the start of a new time in education where states will have more control over what’s going on. With that control comes additional responsibility,” said Chris Minnich, executive director of the Council of Chief State School Officers.
State leaders also invoked the well-known Spider-Man platitude.
“I see this as a great opportunity with great responsibility,” Hana Skandera, secretary of the New Mexico Public Education Department, said on a call with reporters a few hours after President Obama signed the bill Dec. 10.
Minnich said there’s evidence states will commit to doing the hard work necessary to ensure school accountability and turnaround, primarily what they’ve done through the No Child Left Behind waivers that 42 states and the District of Columbia have been operating under for the last several years.
The country’s governors are on board, too, their advocacy group said.
“We are trying to build on what we have been doing over the last few years, at least as much as we can, have been able to do,” said Stephen Parker, legislative director of the education and workforce committee at the National Governors Association.
The pessimists
Not everyone, though, believes states will live up to the wise words of Spider-Man’s Uncle Ben.
Even if state education secretaries and governors are committed to the hard work of accountability, political realities could rudely wake them from their school reform dreams.
Governors, and in some cases state chiefs, are subject to the whims of the electorate. And for many big changes, of course, they’ll have to get approval from state legislatures.
At least three states — Ohio, Texas and Colorado — have announced new education chiefs in the weeks since the bill became law.
Parker, for his part, says he’s not concerned at a broad level about a splintering between governors and legislators. The group’s priorities for reauthorization of the law were released in conjunction with the National Council of State Legislators, so “everything that we put forward as far as what we’d like to see in [the new federal education law] this year actually came from the mouth of state legislators as well,” Parker said.
Among all the impending changes, there are a few in particular that trouble advocates. Aldeman said he is mostly worried that strong academic standards, tough accountability measures, and teacher evaluations tied in part to student test scores are potentially on states’ chopping blocks.
Several states already backed out of the more rigorous Common Core State Standards or the multi-state testing consortia designed around them, even before the new law specifically prohibited federal meddling in curriculum.
And on keeping a close eye on schools, Aldeman said, “the politics are not in favor of stronger accountability in most places.”
In designing their own accountability measures, states will get to choose whether to use rates of student growth on those tests or more basic measures of student proficiency.
Proficiency, as opposed to growth, is easier, and therefore cheaper, to measure. But it also tends to keep schools that are typically assumed to be failing — that is, those with high-poverty student populations — in that category, without
catching others that aren’t helping students grow, Aldeman said.
Parker, for his part, said with the bill’s new flexibility, governors can set high, but realistic, goals.
“There’s a lot of concern that possibly some backwards movement could occur,” Parker said. “We’re not as concerned about that mostly because we view this law as what every federal law should be, and that is a floor and not a ceiling.”
Teacher evaluations could also see changes.
State leaders from North Carolina, Wisconsin and New Mexico all said on the state chiefs’ call that they don’t foresee their states backing away from teacher evaluations based on test scores. But Aldeman predicted that’s likely ripe for change elsewhere.
In fact, it is already happening: New York announced in mid-December that student test scores on state exams would not be used on teacher evaluations through the 2018-19 school year.

One bright spot in all of this work, advocates said, is the rise of reform groups to a level that hasn’t existed in past education battles.

Suzanne Tacheny Kubach, executive director of the Policy Innovators in Education Network, said education advocacy groups have gained a relatively broad reach only in the last decade. Her organization, which connects more than 70 groups in more than 31 states, started with 15 organizations in 12 states in 2007.

It’s the growth of those groups — and their ability through connections and networks to keep advocates in each state up-to-date on what’s happening elsewhere — that will be a “huge piece of the puzzle” in keeping the pressure on legislators and state policymakers, Kubach said.

Disclosure: Andrew Rotherham, a co-founder and partner at Bellwether Education, serves on The Seventy Four's board of directors.