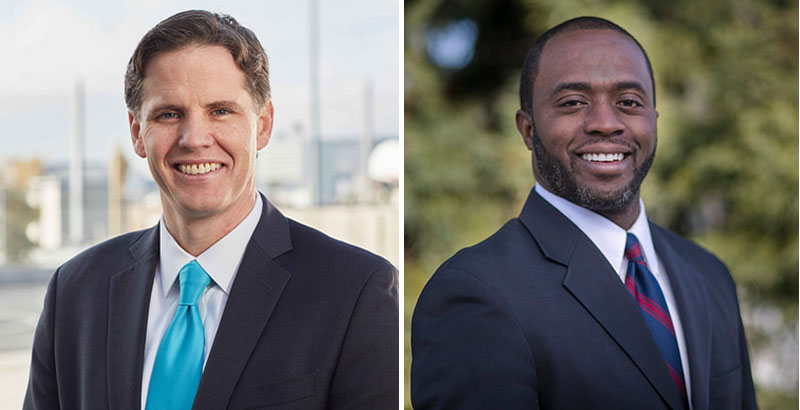 With the school-reform-minded candidate knocked out of the race for California governor, and two remaining candidates on separate sides of the aisle, hot-button issues like immigration are likely to overshadow education in the months leading up to November’s general election.

Now, the focus and energy around education will likely shift to the nonpartisan race for state school superintendent.

Marshall Tuck, who’s run both charter and district schools in Los Angeles, heads toward a November match-up against Tony Thurmond, an East Bay assemblyman backed by the California Teachers Association. Tuesday night, Tuck left with 37 percent of the vote — three points ahead of Thurmond.

Both candidates agree, however, that the state needs to both increase funding for schools and improve transparency for how that money is spent.

“Schools definitely need more money,” said Ted Lempert, president of the children’s advocacy organization Children Now. “It’s a huge part of education. On the flip side, you also need some common-sense reform and accountability. I often see this framed as one or the other — either more money or more accountability — but it’s so clearly both that are needed.”

Gubernatorial candidate Lt. Gov. Gavin Newsom emerged from California’s primary far ahead of the competition, in the process notching a win for the for the teachers union that backed him and landing a crushing blow to the charter school advocates who supported his Democratic challenger, Antonio Villaraigosa.

The governor’s race had been treated as a proxy battle between charter school advocates and the teachers unions, who face a defining crisis with a looming U.S. Supreme Court decision on Janus v. AFSCME, a case that will determine whether government unions can continue to charge non-members a fee for representing them. The court is widely expected to deliver a decision that strikes down agency fees and cuts deeply into union coffers.

On election night, Newsom maintained the commanding lead he held throughout the campaign. Villaraigosa, who had recently talked of becoming the state’s “education governor,” underperformed in Los Angeles County, where he was expected to draw his strongest support. And he got thumped in Northern California, where voters turned out in better numbers, as they have historically.

While Newsom has offered plans to increase funding for early education and STEM opportunities, Cox, his Republican counterpart, doesn’t mention education at all on his policy agenda page. He’s rejected the idea that California schools need more funding to thrive, arguing instead that Newsom and his ilk have mismanaged public schools, EdSource reported.

And homophobic comments Cox has made in the past could come back to haunt him in his bid for governor.

“We have this problem with transvestites who want to be schoolteachers,” Cox said at a debate in 2007, adding that the GOP needs to stand for homeschooling so “we won’t have to deal with that.” In May, he told EdSource that his views have since evolved and he no longer sees transgender teachers as a problem.

Charter school advocates, meanwhile, now find themselves in an awkward position politically. Having backed an unsuccessful candidate for governor, they may need to mend fences with rank-and-file Democrats who championed Newsom. But supporting Cox would also play into the narrative pushed by the CTA that aligns charter school advocates with Trump, U.S. Education Secretary Betsy DeVos, and a perceived agenda to privatize schools — a framing the California Charter Schools Association has emphatically rejected.

California Charter Schools Association Advocates, the organization’s political arm, still has a candidate in the race for state school superintendent, however.

They’ve endorsed Tuck, who’s pledged to challenge the status quo. In an interview with LA School Report, Tuck detailed his ideas for state school superintendent, which include pairing high-performing districts with those that struggle, so they can share best practices, and making school data more accessible for parents.

Challenging the status quo is exactly what needs to happen, said Ben Austin, a school reform advocate and executive director of Kids Coalition, which aims to give students and their parents legal rights in decisions about their education.

“There’s no way to paint the implications of the governor’s race in a positive perspective for charter schools. But I don’t think that’s endemic of charter school or school-reform writ large in California,” Austin said.

“I think Marshall coming in first is an indication that the brand of kids-first policy change that has fueled his candidacy is not just a potent political issue but also a core social justice issue that should be a driver of statewide policy,” he added.