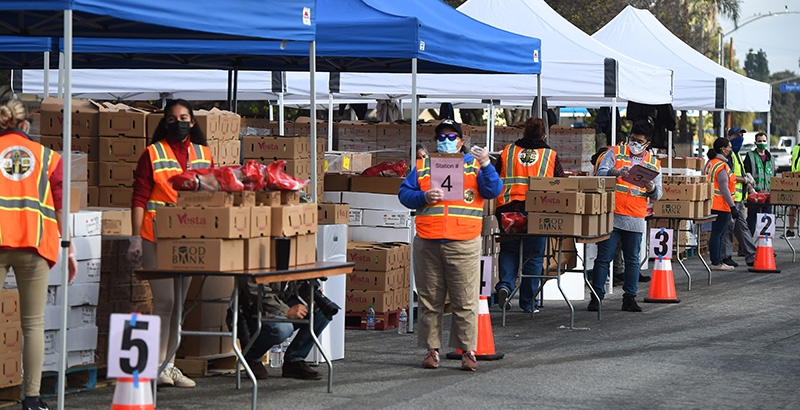 In the summer of 2021, public libraries everywhere, from Idaho and Oklahoma to Tennessee and Arizona, will offer free meals to families with children in their local communities.

What might look like a new role for libraries builds on their long tradition of serving as innovation spaces, community centers and sanctuaries for people who are homeless or mentally ill.

I’ve been researching how public libraries address food insecurity – what happens when households can’t acquire adequate food because they can’t afford it or can’t access it for other reasons. Across the board, these efforts emerge from community partnerships with organizations that include school districts and food banks.

As Kristin Warzocha, president of the Greater Cleveland Food Bank, explained in 2016, “We have the food, and they have the patrons who need it.”

Lunch at the Library

The earliest example of this kind I’ve found dates back 35 years. In 1986, the Nelsonville branch of the Athens County Public Library in southeastern Ohio began serving federally funded lunches in the summertime to children to ensure that they don’t go hungry.

That county has one of Ohio’s highest food-insecurity rates, which helps explain why librarians there sought to provide food access in tandem with summer learning activities.

This practice has largely remained below the radar. The official magazine of the American Library Association didn’t mention this trend until 2008. Since then, though, growing state and national recognition and support has begun to emerge.

When the coronavirus pandemic got underway, public libraries and their staff continued to fight food insecurity, even when their doors were closed.

Some library workers were reassigned to food banks to help process and distribute donations. Others worked with food banks to hand out grab-and-go meals in library parking lots.

In St. Louis, the county public library system took part in the U.S. Department of Agriculture’s Farmers to Families program. Libraries everywhere, from Kentucky and Vermont to California and Georgia, participated in the emergency national food distribution program too.

Many libraries have started to host small food pantries located outdoors, in little boxes with doors. These sharing boxes are modeled on the “little free library” movement. These micro-libraries are usually simple cabinets fastened to posts and stocked with books anyone passing by can take for free. The little free pantry movement, which began in 2016 and seems to have expanded during the COVID-19 pandemic, instead seeks to dispatch food to those in need.

In 2021, by the middle of May, at least 491 libraries in 28 states had made plans to serve meals to schoolchildren during their summer vacations. This number is only preliminary and will rise once more states report their data to the USDA.