Who’s Advising Donald Trump on Education Anyway? Is Anyone? 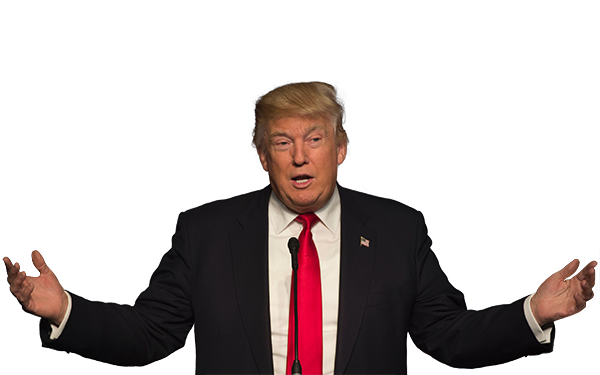 Nearly a year after he declared his candidacy and then rode the escalator, months after he openly mocked Marco Rubio while defending the size of his hands, there’s plenty the American public knows about presumptive Republican nominee Donald Trump’s plans for the country: the infamous wall on the Mexican border, the end to birthright citizenship, the promised “fabulous” changes to the tax code.
But for all we know, there’s still a mystery swirling at the center of the Trump platform: Education. Rarely has a politician successfully gotten this far after saying so little about our nation’s classrooms.
In fairness, there are a few broader themes Trump has been very clear on — namely what he doesn’t like about today’s schools:
-He would eliminate the federal Department of Education.
-The Common Core is a “total disaster” and should be abolished:
And there’s a handful of issues that have earned vague mumbles:
-Charter schools are “terrific.”
-There should be some modification to the longstanding federal law that bans guns on school grounds. (Like many of his positions, this one has morphed over time from a total end to the policy to one that would allow school resource officers or “trained teacher” to carry them on school grounds, according to CNN)
-A campaign co-chair has outlined some broad ideas on higher education — including a complete overhaul of the federal student loan system and moving the government out of lending — but even he said no final decisions had been made about what concrete proposals would be put forth to voters. Or when.
From someone who is a “tremendous believer in education,” and says it will be an “absolute priority,” that’s a pretty short list.

Thank you to teachers across America! When I become POTUS we will make education a far more important component of our life than it is now.

For those who consider education one of the country’s most urgent issues, it’s becoming more notable for what’s missing entirely from Trump’s agenda — any substantive discussion, or really, opinions at all, on: preschool; the implementation of the Every Student Succeeds Act; career and technical education; the school-to-prison pipeline and school discipline; STEM education; protections for gay, lesbian, bisexual or transgender students; vouchers, education savings accounts and other mechanisms of school choice; teacher tenure and collective bargaining.
(T74: From Arne Duncan on Down, 23 Education Questions For the Presidential Candidates)
The mystery of Trump’s education policy priorities — or even who’s advising him, beyond possibly onetime rival Dr. Ben Carson — was a surprise hot topic at this year’s Education Writers Association conference in Boston.
Speculation erupted online after one Boston discussion hinted that Rick Hess of the American Enterprise Institute may have knowledge about which advisers have Trump’s ear on education matters. But no specific names were given at the event, nor in the weeks that have followed. And even Trump’s tirades against the Common Core have faded as he has turned to attacking journalists and judges instead.
Contrast that radio silence with Democratic contenders Hillary Clinton and Bernie Sanders, both of whom have discussed education with more detail and substance. Clinton, crowned as the party’s nominee June 6 by the Associated Press, has released plans on early childhood education and the school-to-prison pipeline. She’s also flushed out her position on charter schools after a kerfuffle last fall over comments that charter schools don’t take the hardest-to-teach students.
Sanders, meanwhile, is well-known for his platform plank to provide free tuition at public colleges. He’s also discussed charters, though somewhat confusingly (at one point suggesting some charters are private schools). And his long congressional career gives the education community plenty of source material to research, including votes, bills sponsored and press releases from which to glean his leanings.
This Trump/Clinton-Sanders educational divide was on stark display just a couple weeks ago at an event held by the Committee for Education Funding, an umbrella organization of D.C. education advocacy groups of all stripes. Ann O’Leary, a senior adviser to Clinton, and Donnie Turner, an adviser to Sanders, spoke at length about education issues, while an empty chair remained on stage for a representative of the Trump campaign, who was invited but did not attend. 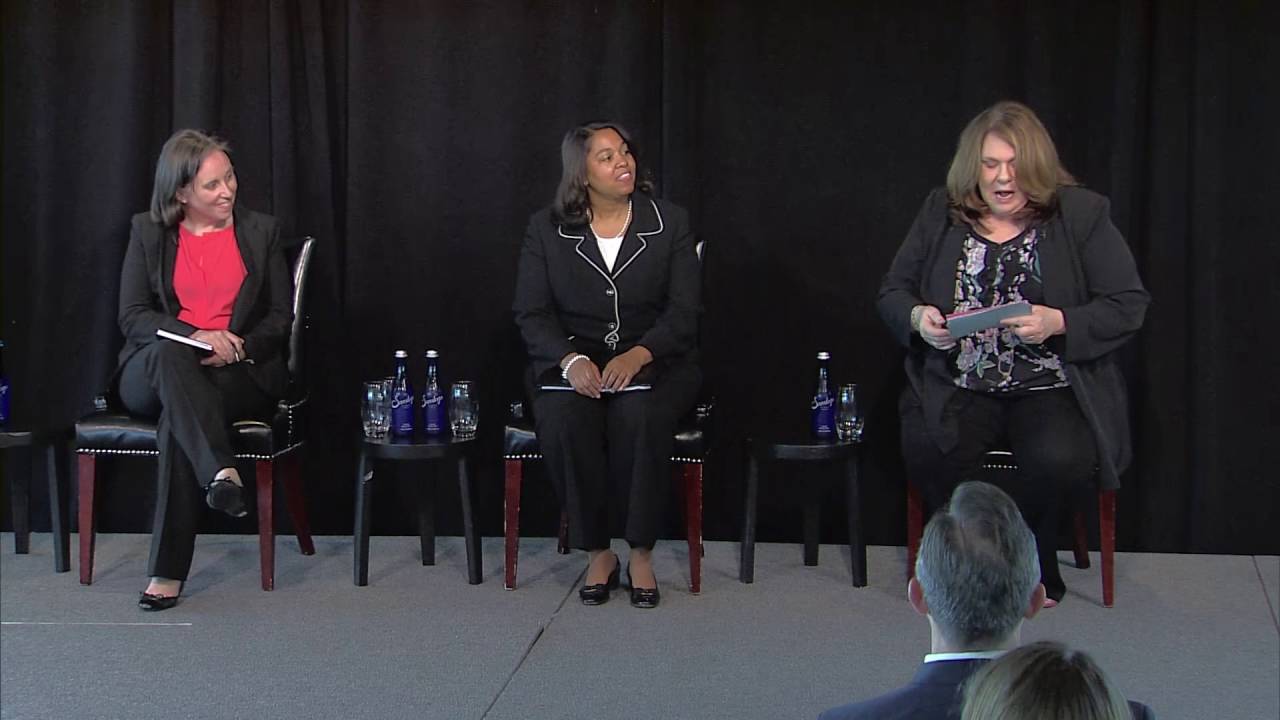 O’Leary and Turner said there isn’t much difference between their candidates on education issues.
Both think there should be a greater focus on early childhood education and higher education, in particular college costs. (The two do differ on higher education, with Sanders advocating free tuition for all and Clinton pushing for college to be debt-free, though not totally free.)
“I just want to stress what a different conversation we’re having on this stage than we’d be having if we had the Trump person with us,” O’Leary said.
A think tank representative echoed that thought at a second panel.
“On the Republican side, the only thing we know is he [Trump] wants to dramatically cut spending in higher ed, K-12, early ed,” said Carmel Martin, a former deputy secretary in the Obama Education Department and currently executive vice president at the liberal Center for American Progress.
Once again, more questions than answers.
Martin also brought up Trump University, the candidate’s now-defunct real estate training program that’s currently the subject of a fraud lawsuit from former students. A few days later a judge unsealed documents that revealed fresh horror stories of students who felt manipulated and cheated. And a couple days after that, Trump tweeted that he would consider re-opening the course once litigation is finished.
“I think the contrast is really tremendous,” Martin concluded.