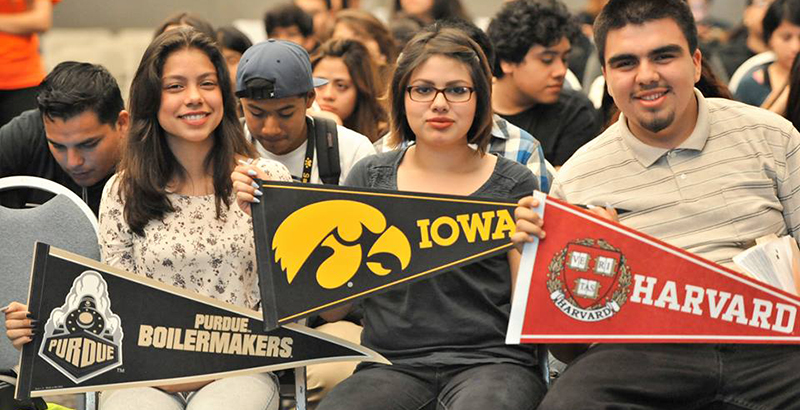 Few among us can resist the “You’re Doing It Wrong” journalistic fad, in which experts weigh in on the truly correct way to, let’s say, fry an egg or wash your hands. It even has its own acronym: YDIW.

That YDIW phenomenon came to mind as I read the new study from the Center on Reinventing Public Education on the tricky politics behind district-charter collaborations. The politics can get pretty nasty, with districts saying, “You’re stealing our students,” and charters saying, “You’re denying choice to parents.”

Both sides employ the big artillery, claiming that only their position represents the best interests of the kids while the other side caters to the selfish interests of the adults in the system. The temptation is to figure out ways to sidestep the politics.

Here’s where you can blow the whistle and yell: YDIW! There’s nothing wrong with catering to adult interests. In fact, meeting those adult interests — called the art of politics — is the best way to move on to best serving students.

As the report authors correctly put it: “District-charter collaborations are inherently political. These efforts can succeed only if both sides see it to their advantage to work together.”

The report is refreshingly honest especially about the prospect of district-charter collaborations spreading to hundreds of cities. Not so much.

In truth, in cities such as Los Angeles, where much of the dramatic drop in student population can be attributed to charter growth, the chances of serious collaborations are dim. The district is too suspicious, too worried about losing more students.

The same applies to cities where the charter sectors are weak. Who needs weak partners? The report cites Cleveland and Minneapolis as examples.

It’s best to focus on the “sweet spots,” the cities with high-performing charters where the “adult” interests, the tricky politics, get worked out. Indianapolis, Denver, and Houston are good examples.

The report singles out a couple of sweet spots, Central Falls in Rhode Island and the Spring Branch district in Houston. I’ve visited Spring Branch twice to document a collaboration that runs so smoothly it’s almost easy to forget, just for a moment, that the same collaboration in many other cities would trigger five-alarm fights.

What happened in Spring Branch was a settling of the politics, with an emphasis on pleasing adult interests. Spring Branch got what it wanted — two, high-performing charters, KIPP and YES Prep, operating within the district. Two other pluses for the district: instant access to the acclaimed college success programs pioneered by the charters, and instant pathways to offer better opportunities to low-income Hispanic students, who were not faring well in the district.

For their part, KIPP and YES Prep got a wider student base, great facilities, and an array of after-school clubs and sports activities for their students. A win-win that helps students by first settling the politics.

The report authors suggest “baby steps” to ease political tensions: Stop funding charters out of district budgets; give districts more financial aid to help with “legacy” liabilities, such as teacher pensions; pass Texas-like laws that give districts incentives for teaming up with charters, such as more funding for sharing their campuses or removing the threat of state sanctions for poor performance during the first years of a charter partnership.

There’s one important baby step the report doesn’t mention, because it’s not happening in the cities included in their study: collaborations that focus only on passing along what charters have learned about college success.

As documented in The Alumni, a series I collaborated on with The 74, the major charter networks have several years of experience in boosting the college rates for their mostly poor and minority graduates, and that experience shows: At the top networks, half their alumni earn bachelor’s degrees at the six-year mark, compared with 9 percent of their peers.

Those lessons learned were put to good use in San Antonio, when high-poverty San Antonio Independent School District agreed to collaborate with KIPP San Antonio around improving the college success rates for the district graduates, an effort underwritten by Texas energy giant Valero.

The one-year results were so impressive that Valero recently gave the district $8.4 million to hire KIPP-trained college counselors. The goal, which appears attainable: By the year 2020, boost the number of district students going to college to 80 percent, compared with the current 50 percent.

Collaborations around college success for alumni represent win-wins: They don’t drain any students from traditional schools, and they attract outside funders, who in the past have favored charter schools.

If the San Antonio collaboration continues to work, the next baby step could be the district pursuing follow-on collaborations about teaching literacy in elementary schools or the sciences in high school.

Then we’re talking big breakthroughs — the ultimate expert YDIW advice on how to do a collaboration in the absolutely correct way. To help the kids, first solve the politics.