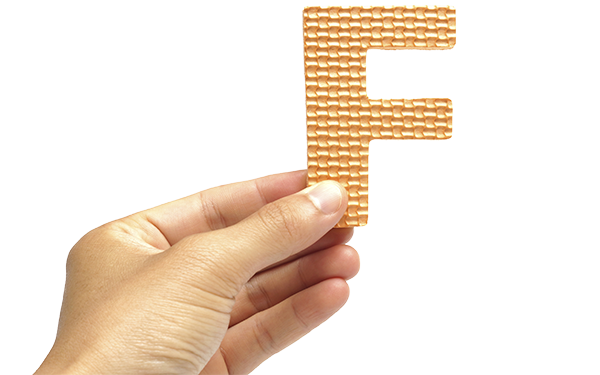 For years, school reformers kept a dirty little secret to themselves: The amount of testing in our schools was excessive and something needed to be done. But they said nothing, and now the whole issue has blown up in their faces.
That’s bad, but perhaps not as bad as the repeat that’s threatening to break out over charter schools. The other dirty little secret: There are hundreds of bad charter schools that need closing, right away.
Once again, however, reformers aren’t taking action, which risks a testing-style backlash against all charter schools, good and bad.
The testing backlash is just now playing out. The opt-out movement is growing, and a recent Gallup poll found that nearly two-third of Americans think there’s too much emphasis on testing, according to the Washington Post.
If the movement maintains momentum there could be serious consequences:  Ineffective teachers will be less likely to get exposed, failing schools may be allowed to fail quietly, school improvements pioneered through test-and-improve methods will fade, and falling-behind minority kids in suburban schools may once again become invisible.
The impact of a momentum shift against charters could be even more serious, drying up access to great charters that already have long wait lists.
The reasons for keeping silent about over-testing and bad charters are similar. By speaking up, reformers risked walking into the arms of the unions, which have their own agendas for eliminating testing and charters.
Plus, reformers knew that the federal testing, the annual testing in a few grades, wasn’t the real problem. The problem was all the exit exams, end-of-course exams, etc., that states and districts kept piling on. But being “right” on the issue turned into being “wrong” on the politics.
Working within that cone of silence, the teachers unions rallied white middle class parents to their anti-testing cause. It wasn’t that hard: Their kids don’t get into top colleges by way of state accountability tests that mainly help poor kids. Thus the explosion of middle class “opt-outers.”
The silence over bad charters is even riskier. The decades-old push by presidents and governors to improve our schools, especially urban schools that serve poor and minority children,  has produced only one solid, enduring victory that can be scaled up to reach millions of kids: Charter schools.
The very best charters, roughly the top fifth of the 6,400 charter schools, easily add a year-and-a-half of learning for every year spent in the classroom. That’s what it takes to catch up kids who start school far behind.
In recent years, those top charters have shown they can replicate successfully. Plus, as educators in Denver and elsewhere are demonstrating, these top charters can team up with traditional schools to bring great schools to neighborhoods that never before had them.
But these successful charter schools present a threat to many union leaders and superintendents. The most potent weapon they possess to stop charters is pointing to the hundreds of charter schools out there that aren’t that great. The goal: Convincing legislators to hand down new “accountability” rules that will hamper all charters, including the best.
Can’t happen, you say? Consider this recent union-pushed amendment from Sen. Sherrod Brown, D-Ohio.
It’s not hard to envision a pushback scenario. Not long ago I toured charter schools in Kansas City. The Kauffman charter school there appears to rank with the best of the no-excuses models in the country. Crossroads Academy offers a promising racial/socio-economic mix of students to lure more urban dwellers. And there are ambitious plans to bring in Citizens of the World charters, another great charter group with draws a mixed student body.
But the majority of charters in that city border on embarrassment: Only half perform better than traditional Kansas City schools, which have long been regarded as among the lowest performing in the country.
The push to shutter bad charters in Kansas City is nowhere to be seen. The authorizers, local universities, don’t want to see their hand-picked schools disappear. And state education officials appear powerless to overrule them. It’s not hard to imagine a backlash coming from state legislators that would affect all the charters there, good and bad.
True, failing charter schools are more likely to get shut down than failing traditional schools. And national charter advocates are far more likely to call for closing bad schools than their equivalents in traditional schools. But that’s not the point. Charters were supposed to be better, far better.
Let’s hold them to a higher standard.
Prime candidates for shut down are the roughly 1,000 charters that perform in the bottom 15 percent of all schools in the state. Next up for debate are the charters that do no better than the nearby neighborhood schools. Chances are, they will never get any better.
Dealing with bad and mediocre charters will not only protect the great charters, but also clear a pathway for their rapid expansion.
For that to happen, state charter organizations need to start calling out their own bad apples. And national charter advocacy groups that now favor rhetoric over action need to commit to the latter.
The reticence to speak up is understandable, but not speaking up is likely to broaden the resistance to charters. It wouldn’t take much to push suburban parents, many of the same parents who rushed to become opt-outers, into that same camp.
Nothing like the whiff of charter scandals, twinned with a threat to funding for their suburban schools, to mobilize that potent group. What’s to lose? Just like state accountability tests, high-performing inner city charters do nothing for them.
Staying silent hurt with testing; it could easily repeat with charters.
Submit a Letter to the Editor
September 8, 2015