Are High Schools Adequately Preparing Teens for College? No One Really Knows. That’s Why Today’s GreatSchools Analysis Is One of the Most Important Education Reports in Years 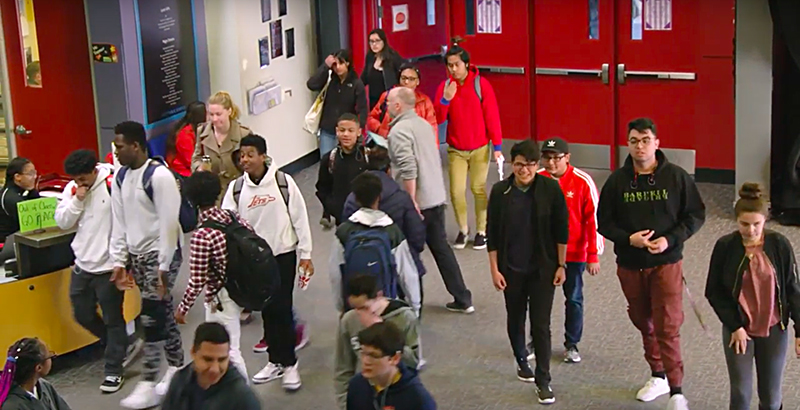 The most important education report you’ve seen in recent years was released today, and it has data shortcomings. Its “awards” are based on just a few qualifying states and recommendations that seem on target, but considering the limited data, who knows?

While that sounded critical, it’s really a compliment.

What GreatSchools attempted in its College Success Awards is an impressive venture — the first I’ve seen that takes a pure-data approach — into the iffy world of what high schools promise: We’ll make your child college-ready.

In the real world, most school districts have no idea whether that’s actually true. At best, they might keep track of where their seniors get accepted into college. But almost no districts have a clue about whether their high school graduates make it beyond their freshman year of college. Districts don’t bother tracking that, because isn’t that up to the graduates and their colleges?

GreatSchools, a national nonprofit that provides education data on school quality for parents, bravely stepped into this void to ask: What do K-12 schools really know about what happens to their graduates, and among those who do know at least something, which ones do a good job, and which ones fall short?

What GreatSchools found were nine states with sufficient data that allowed them to track high school alumni at least through the beginning of their sophomore year of college. (Three additional states — Connecticut, Minnesota, and Oklahoma — ultimately provided the data, but not in time for their analysis.) A baby step. Only two states, Michigan and Georgia, had the entire picture — information on college success rates that gives insight into how many of their high school graduates actually earned degrees.

The other seven states in the study: Arkansas, Colorado, Florida, Indiana, Kentucky, Missouri and Ohio. In those states, educators have a pretty good idea of student ACT/SAT scores, the percent who enrolled in college right after high school, the proportion who needed remediation in math or reading once they got to college (a good indicator of how likely they are to earn degrees, and also the quality of the job done by high schools to prepare students for college), and their “persistence” rate for staying enrolled in college past their first year, at least into the sophomore year.

If you don’t live in one of those states, you face a school data void. You have no idea whether the high school your child attends truly prepares him or her to succeed in college. Currently, most parents make that judgment by the perceived quality of their district. Well-off suburban districts do a good job, they assume, because so many of their graduates go off to college.

To be sure, school districts are getting better at sending low-income students to college. A recent study described in The New York Times documented a sharply rising number of first-generation students entering college. But the sad and sobering takeaway from that study: There was no improvement in them winning actual degrees. A multitude of factors, ranging from poor preparation, shaky college financing, the need to return home to work, and colleges ignoring the needs of first-generation students, derail their ambitions.

The GreatSchools report gets at this problem by carving out schools where at least 40 percent of the students receive free or reduced-price lunches. And GreatSchools found some success stories there.

According to the study, successful schools do some things differently, even if they may have a larger body of students from low-income families:

● The best schools provide more Advanced Placement and International Baccalaureate and honors courses to students, especially in the early years. Among the districts that top the GreatSchools college preparedness rating, 63 percent offered these courses to ninth-graders, compared with 49 percent of the schools that didn’t fare well in the study. The top schools in the study were also more likely to offer academically oriented clubs like chess, math olympiad, and debate.

● One sad but unsurprising finding from the study: 70 percent of the schools surveyed reported that the students in their advanced classes did not reflect the school demographics. This is obvious to anyone walking through high schools: The most demanding classes are populated mostly by white and Asian students.

● Top schools are more likely to have programs that identify and support students at risk of falling off a college track. What distinguished the best schools from the rest, according to the GreatSchools report, is that the top schools had those supports in place for all the high school grades.

● One surprising finding from the study: At the lower-ranked schools, nearly half the counselors lacked access to the school’s Student Information System. How are counselors supposed to advise students on college paths if they don’t have access to their school records?

The GreatSchools survey could only document the phenomenon, not explain it. Olivieri assumes these are schools that lack true college counseling. At best, counselors are able to organize college nights for students, but they lack the time and expertise to do individual counseling.

Given that GreatSchools set its poverty indicator at a relatively high 40 percent, the report offers limited insight into what happens at the many high-poverty schools, where only about 9 percent of the students earn bachelor’s degrees at the six-year mark. Those figures are dismal and weigh down the overall success rate for first-generation college goers.

An important exception, however, are the high-performing charter networks, which experience college success rates of about 50 percent, well below the 70 percent for wealthy parents, but far above the 9 percent of their peers. This is a phenomenon I spent nearly a year documenting in The Alumni series.

One school singled out by GreatSchools, Denver’s DSST Stapleton High School, offers insight into what these charters are doing. Those lessons learned can serve as a road map for other schools educating poor minority students. Part of the original promise of these charters was to boost college success, which means these schools devise special programs to improve that success and then track their students for years after they depart high school. At Stapleton, which is a nearly even mix of white, Hispanic, and black students, and has a free and reduced lunch rate of 53 percent, roughly half its graduates earn bachelor’s degrees within six years.

How does that happen? Jessica Palffy, who manages college initiatives for DSST, laid out a multi-layered campaign, much of it adapted from what the Noble Network of Schools has done in Chicago. (These top charter networks typically share their successful programs.)

For example, DSST uses an exploratory tool offered as early as ninth grade. Those students can enter their GPA and see which colleges might accept them. The tool then allows the student to toggle a higher GPA to see what other college opportunities would open up. For many students, that’s a powerful motivator to study harder and get better grades.

In later grades, a software program can model for each teen the likelihood that a student just like them — someone with similar ethnicity, GPA, and SAT score — will win acceptance to a particular college. Plus, the software can predict the likelihood of earning a degree there. To state the obvious: Guiding students into colleges where they are more likely to earn degrees boosts the college success rate.

Much of the work Palffy does is making those calculations so that students can avoid colleges where they are not likely to succeed. Often, low-income students will seek out local “commuter” universities where they live at home and maintain part-time jobs, both factors — distractions — making them less likely to graduate.

Or, two universities in the same city can produce very different results. At the University of Colorado Denver, for example, the success rate for a Hispanic student at DSST is 48 percent. That same student, by contrast, has an 80 percent chance of earning a degree at the University of Denver.

A big red flag for DSST Hispanic students: The Community College of Denver, where the likelihood is 12 percent that students will transfer to a four-year institution and ultimately earn a bachelor’s degree. That’s a typical rate for most community colleges, which means the charter networks do their best to advise their students to avoid community colleges.

What DSST does is what all the top charter networks are doing, which explains their far better success rates. Another encouraging development is that big urban districts are starting to show some interest in working with charters to share their lessons learned in college success. Best example: San Antonio ISD is working with the local KIPP charter network.

For lack of data, the GreatSchools report was able to focus on only nine states. But that’s an important beginning. Maybe next year more states will take the right data steps. As the report points out, 65 percent of all jobs by the year 2020 will require postsecondary education, yet less than 25 percent of high school graduates go on to earn a college degree, with the rates for low-income minorities far lower. Until states and school districts start collecting thorough data — and today only Michigan and Georgia do that — nothing is likely to improve.

Richard Whitmire is the author of several books, most recently “The Founders: Inside the Revolution to Invent (and Reinvent) America’s Best Charter Schools.” Whitmire is a member of the Journalism Advisory Board of The 74.