What Teachers and NFL Players Have in Common: Pension Problems 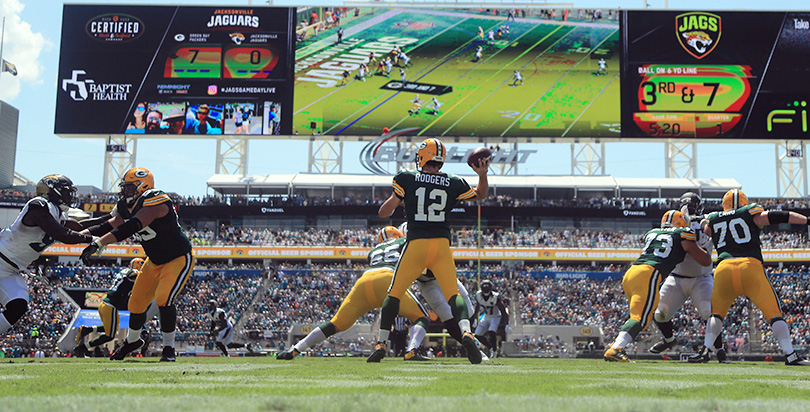 Finally, the longest six months of the year are over. Football is back! The season’s first week ends tonight, with back-to-back Monday Night Football contests, and 32 teams — along with their millions of fans — are all dreaming the same dream: “This could be our year.” Anything is possible.
For someone like me, a fan of the Buffalo Bills – a team that hasn’t been to the playoffs in 16 years – this is easily the best time of the season. 15–1, I can feel it: Hope springs eternal!
September is also when most teachers are headed back to school. And, both in the NFL and in classrooms, rookies abound. We rely on rookie teachers more than in the past. In the NFL, more than 200 rookies joined the league in April. The commonalities don’t stop there. Neither teachers nor NFL players can expect to stay in their profession for very long. And, surprisingly, both teachers and NFL players are among the very few careers that offer a pension for retirement.
The problem is that the pension system really isn’t very good for either.
In the NFL, players now need five years of service before they vest and become eligible for a pension. In the world of pensions, that is a reasonable vesting period. But the devil is in the details: Most players don’t stay in the league long enough to qualify. The average career lasts only 3.3 years. The NFL disputes this figure and instead claims that for players who make a team’s 53-man roster as a rookie, the average career is 6.86 years.
Based on these estimates, it’s reasonable to conclude that around half of all NFL players never earn a pension. Among those who do qualify, the average pension was worth $43,000 per year in 2014. They can begin to draw on their pension at age 55.
It’s about the same for teachers. Around half leave the profession without a pension. But in 21 states, the vesting period is longer. And in 15 states, teachers need to work at least twice as long as NFL players to be eligible for a pension. Like NFL players, most teachers do not stay long enough, so when their teaching careers end, often they walk away with no retirement savings. To make matters worse, for those educators who do stay long enough to be eligible for a pension, it will take about 22 years to break even on their contributions.
In other words, for most teachers, their individual contributions to their pension are more valuable than the pension itself until they teach for more than 20 years.
So for those of us keeping score, most teachers and NFL players are ineligible for a pension. But the NFL scores points because football players typically earn a pension that is more valuable than the average teacher pension in 46 states. And they are able to collect their retirement funds at an earlier age than most teachers.
While the pension plan for the NFL does not serve its players particularly well, teachers fall far short of the goal line when it comes to their retirement. Here are the top six ways that teacher pensions are outperformed by the NFL pension plan:
So let’s recap: Neither NFL players nor teachers have a pension plan that meets the majority of their needs. But for teachers, the failure of the plan to provide a good retirement benefit is particularly costly.
To fix this, states have got to stop the bleeding. They need to, at a minimum, offer teachers a pension that provides retirement security for all, or a portable retirement account with a savings match. This wouldn’t eliminate states’ current liabilities, but it would make sure that they don’t dig the hole any deeper. And, as any good football fan knows, when you’re down, the comeback starts with defense.
Submit a Letter to the Editor
September 12, 2016