What Hillary Told the NEA 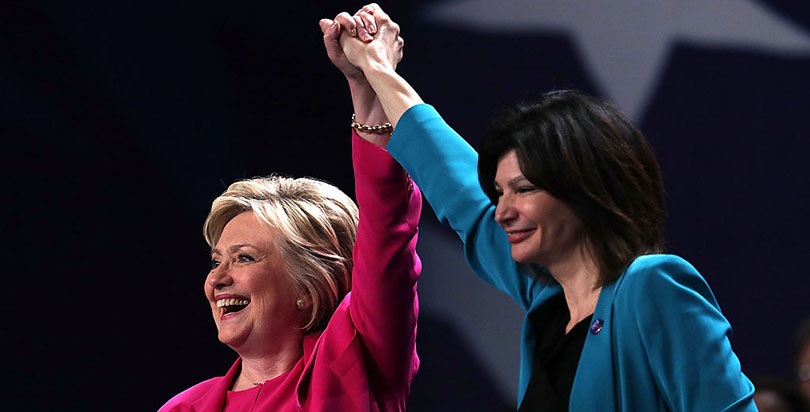 Mike Antonucci's Union Report appears Wednesdays; see the full archive
When Hillary Clinton addressed the National Education Association board of directors in October 2015, it was to ensure that the union would endorse her candidacy for the Democratic presidential nomination before the start of the primaries. This she accomplished.
The summaries and quotes I published at the time were based on excerpts that NEA chose to share with its leaders and activists. Wikileaks is publishing emails to and from Clinton campaign chairman John Podesta, one of which includes the full transcript of the town-hall-style meeting.
Officially the campaign neither confirms nor denies the authenticity of the emails.
NEA’s excerpts contained several noteworthy remarks from Clinton, including:
But the full transcript contains additional comments and expanded answers from Clinton. In a campaign during which education issues have been placed on the back burner, these private remarks help provide a clearer picture of what we can expect from a Clinton presidency, particularly in its early days. As Clinton told NEA, “The honeymoon does not last that long.”
… So I’m going to do everything I can to try to prevent this [move toward?] dislocating people from the jobs they are doing in a direct line, being hired, being supervised, providing accountability and the services you provide, and the contractors who come in just to make money. I don’t think it’s a good deal for school districts, I don’t think it’s a good deal for colleges and universities, but I’m going to try to figure out how I can tighten it so that we can begin to phase it out, if possible. I feel the same way about for-profit prisons, I feel the same way about a lot of things that have really gotten out of control, and I don’t think they’re justified economically, and we’re going to try to figure out ways to put the screws to it. [Laughter, applause.]”
“But we know like [inaudible] literally these could be foreigners, these could be anybody. Nobody will tell you who it is.”
Even with these emails and private conversations, we can’t predict the future. I interpret this new information to mean that Clinton has her own priorities but is likely to give the teachers unions the education secretary they want, preferably one with some sort of K-12 teaching background (and who is a union member). This would placate labor as well as make it easier to fulfill her promise, made during the meeting, to “not make any policies or important decisions about education without literally having teachers in the room.”
Email tips to mike@the74million.org
Submit a Letter to the Editor
October 25, 2016