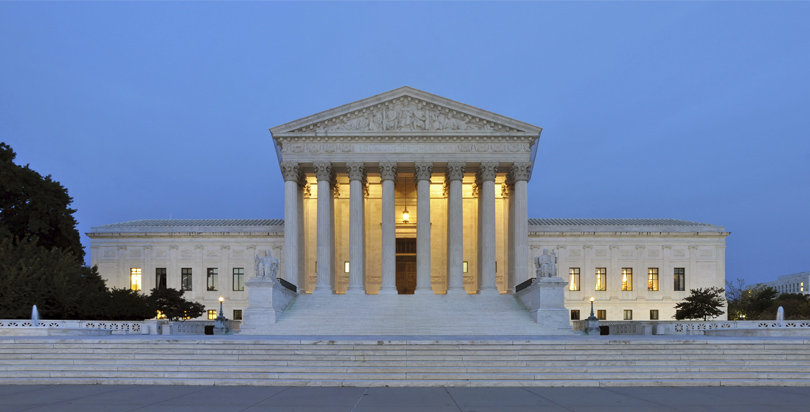 Washington, D.C.
The implications of the U.S. Supreme Court taking up the union dues complaint of a California teacher are potentially wide and deep but what the high court’s ruling could mean for kids in the classroom is its own question.
A decision in favor of Rebecca Friedrichs and several other Orange County teachers who challenged mandatory union dues on the basis of free speech could upend the decades-long workings of teachers unions. Not surprisingly, those groups and other public sector workers came out strong against the court opening that door on June 30.
“When people come together in a union, they can help make sure that our communities have jobs that support our families. It means teachers can stand up for their students,” the unions said. “America can’t build a strong future if people can’t come together to improve their work and their families’ futures.”
But how closely are student outcomes tied to union strength and how weakened will the unions be if Friedrichs prevails?
As to the first question, there is little good evidence to link student achievement in schools to the relative strength of unions.
“Particularly from a political perspective, there are two sides to this that tend to be entrenched that both think they know what the answers to these questions are,” said Michael Lovenheim, an associate professor of policy analysis at Cornell University. “Regardless of what your politics are, neither of them do.”
As to the issue of weakened unions, there are no good precedents there either to suggest how many teachers would stop paying dues if given the choice, nor how large a financial hit unions would suffer.
“It’s not clear to anybody what the size of that drop [in union membership] would be,” said Joshua Cowen, an associate professor of education policy at Michigan State University.
The big push for teacher unionization happened in the 1960s and ‘70s, and there just isn’t solid student outcome data from the pre-union era to compare to today’s, said Lovenheim. And researchers can’t compare contemporary outcomes from different states with potent unions and more diluted ones because there are many other factors that could affect how students perform, he said.
The little good research that does exist shows either no impact or a slight negative impact on student achievement in districts with strong collective bargaining agreements, both Cowen and Lovenheim said.
The two said the key piece of research in the area is a 1996 study by Stanford University professor Caroline Hoxby that showed graduation rates declined in districts where unions gained strength. But Lovenheim has published a paper disputing that research on technical grounds, arguing that Hoxby measured unionization incorrectly. Lovenheim’s research, which he emphasized is still in its preliminary stages, found that adults who had grown up in a state with strong collective bargaining laws experienced reduced earnings and hours worked later in life.
Two states, Wisconsin and Michigan, have changed laws concerning mandatory union contracts and dues payments in recent years. Michigan in 2012 ended a law requiring districts to automatically deduct teachers’ union dues payments, and in 2013 enacted a broader “right to work” law that prohibits new contracts from requiring union membership.
Total union membership statewide, including those in the private sector, dropped from 16.3 percent in 2013 to 14.5 percent the next year, according to the Bureau of Labor Statistics.
There is disagreement about how the laws specifically affected teachers’ unions, Cowen said.
In Wisconsin, a 2011 law ended mandatory dues collection and “agency shops” that require dues payments, and limited the scope of public unions’ bargaining power. There, total union membership dropped from 13.3 percent in 2011 to 11.7 percent in 2014, according to the BLS.
If they lose the right to automatically collect dues, unions will have to make their case to educators that their activities are worth voluntarily supporting. For teachers unions, that has always included training and professional support.
“I think unions would have no choice but to start sort of listening to a broader swath of teachers,” said Tamara Hiler, education policy analyst for centrist group Third Way.
In the past, unions have focused on “bread-and-butter issues that veteran teachers tend to care about” but will have to shift to issues of concern to younger teachers, like ending last in/first out policies, providing more mobile retirement systems and ending step pay scales “that we know are driving young and talented teachers out of the profession,” she said.
But she cautioned that unions also back many of the same thing education reformers, particularly Democrats, care about, like resource equity or ensuring teachers have appropriate planning and collaboration time.
“Unions have done a lot for the Democratic party in terms of getting people to care about and pay attention to education issues that they wouldn’t pay as much attention to without them,” she said.
Submit a Letter to the Editor
July 12, 2015