Waters: Jersey City Teachers Struck for 1 Day & Got Big Health Care Concession. Now, Trap Is Set for Every Other District in N.J. 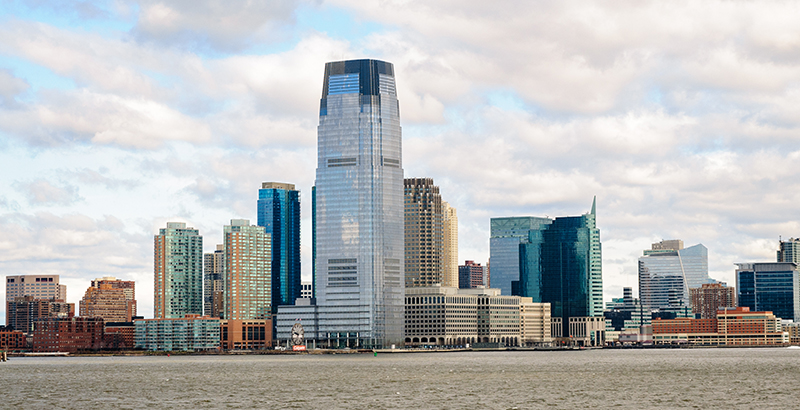 “My adjusted gross income is $28,000. I can’t support a family on that,” said Shala Marshall, a Spanish teacher for 17 years and a finalist for Oklahoma Teacher of the Year. No wonder Oklahoma teachers went on strike: The state ranks 49th in the nation in teacher pay. Teachers in other states with low pay — West Virginia (48th), Arizona (43rd), Kentucky (26th) — are joining their colleagues in walkouts, with national media following the story closely.

But here’s one strike I bet you haven’t heard of: On March 16, thousands of teachers in Jersey City, New Jersey’s second-largest municipality, walked off the job to protest an unresolved contract as loudspeakers blared Aretha Franklin’s “Respect” and strikers taunted substitute teachers walking into the district’s 26 schools.

Although the theatrics were brief, their consequences will be long — New Jersey’s 589 other school districts now find themselves faced with a budget-busting precedent.

The Jersey City strike lasted only a day because the school board folded like an omelet and agreed to a contract that includes a retroactive 3.5 percent pay hike for the current year and a 2.75 percent increase for next year. The raises themselves are just another occasion for tax-poor New Jerseyans to roll their eyes: a little over average for union settlements, in defiance of New Jersey’s 2 percent tax increase cap. Whatever. Fuggedaboutit.

But what’s more worrisome are the stipends the district agreed to provide to partially cover teachers’ health insurance premiums: 1.75 percent of salaries for individuals, 2 percent of salaries for couples, and 2.25 percent for families. In Jersey City, these stipends not only drain a district with a pre-strike budget gap of $71 million; they also undermine a statewide law that helps school districts remain solvent — because in New Jersey, once one school board makes a concession, the teachers union demands that others follow suit. And they usually do.

But this is Jersey City, and it may not care. Let me explain.

If Marshall worked in Jersey City, she’d be making $102,580 a year instead of $28,000 — and that’s before the newly negotiated raises. Unlike, say, Arizona, New Jersey ranks sixth in the nation in teacher salaries — and Jersey City’s are atypically high. Now, they’ve been forced even higher, and given the union’s history, they’re probably only the first domino to fall.

Why? To appreciate the ramifications of the settlement, you need to understand two factors: first, New Jersey’s history of school funding; and second, a 2011 law called Chapter 78 that reformed state health care and pension premium contributions for public employees.

New Jersey used to fund its schools almost entirely through local property tax revenue. Rich towns had rich school districts and poor towns had poor ones. But in 1981, Education Law Center sued on behalf of 20 children from poor urban districts, charging that the discrepancies in funding violated the state constitution’s promise of a “thorough and effective” education system. Eventually, the court ruled that 28 (later 31) districts were entitled to extra state funding to provide some semblance of educational equity, and that per-pupil funding in these poor districts had to be no less than per-pupil funding in rich ones.

Jersey City is one of these 31 Abbott districts. But here’s the thing: Demographics can change. While Jersey City isn’t rich — 71 percent of its students still qualify for free or reduced-priced school lunch — it now boasts a waterfront that locals refer to as Wall Street West, where two-bedroom condos go for $1.28 million. Yet that Abbott designation, as well as the legislature’s inability to enact necessary change (example: reforming the state pension system, currently $124 billion underwater), allows wealthy Jersey City residents to bypass fair contributions to school funding.

And so the toddlers of those West Wall Streeters get free full-day preschool and the state pays for all school facilities needs. Property taxes are minuscule relative to a state with the highest property taxes in the country because the state kicks in $421 million of the district’s $580 million budget. Total per-pupil annual spending is $22,751. Meanwhile, a long list of underfunded districts — which didn’t qualify for Abbott back in the day but surely would now if the program weren’t frozen at 31 — look resentfully at Jersey City, the most overfunded district in the state. No free preschool for their (poorer) kids. No free facilities aid for their (crumbling) buildings. No “Adjustment Aid” for their (bare-bones) budgets.

The Abbott rulings are obsolete. Everyone knows this. Yet subsequent attempts to fix chronic inequity — the most recent being the 2008 School Funding Reform Act — failed to take hold because the state is broke. Gov. Phil Murphy’s promise to the teachers union to fully fund the act, for example, would add over $2 billion to state school aid allocations (the entire annual state budget is $37.4 billion), which could be raised only through tax increases in an overly taxed state that ranks last in the nation in fiscal health.

This bipartisan pension and health benefits reform bill was passed in 2011. Previously, public employees had paid 1.5 percent of their health care premiums and local taxpayers ponied up the rest, about $25,000 per teacher for gold-plated health care plans. The new law, which took effect once the contracts then in effect expired, tied employee contributions to salaries — the more you make, the more you contribute — on a scale of 3 percent to 35 percent phased in over four years. Now that the phase-in period is over, health care premium contributions are again negotiable; but only, the New Jersey School Boards Association warns, at a district’s fiscal peril, because after four years, those higher contributions are solidly baked into school budgets. Lowering contributions would require boards to make big cuts in instructional services, primarily through layoffs.

But in Jersey City, the five school board members who voted “yes” don’t care. Courtesy of the obsolete Abbott rulings, most of the city’s school funding comes from the state. Local control renders individual districts blind to the law of unintended consequences and their impact on other districts.

Hence, state Senate President Steve Sweeney, an architect of Chapter 78, booms that the Jersey City School Board “wrote a blank check that taxpayers in every other school district in New Jersey are going to have to reach into their pockets to pay.” The Jersey Journal polled readers on whether the contract is “irresponsible.” A new group called Fair Funding Action Committee haunts the statehouse. The lone dissenter on the Jersey City School Board, Matt Schapiro, called the contract “not grounded in fiscal reality,” adding that it sends “the wrong signal to our educators when we prioritize hundreds of jobs that could be lost” (the district estimates about 300 layoffs to pay for the new contract) and “the wrong signal to our students and families, who will lose the most of all when resources they need are no longer there.”

If this were Oklahoma or West Virginia or Arizona or Kentucky, the outcome of this short-lived strike would be a cause for celebration. Yet few who value fiscal solvency in the Garden State are throwing confetti.

The Jersey City board’s Chapter 78 cop-out threatens to infect all New Jersey school districts. The only cure is a consensus among other school boards to quarantine the concession, label it an ill-conceived anomaly, and respect state residents’ household budgets as well as district ones.

Where’s Aretha Franklin when you need her?